What better way to spend the most superstitious day, than at Dreamland’s seasonal Screamland!

I was kindly invited to their press preview of the Halloween-themed Screamland which will be running from 20th-31st of October. Read my review of the night below, as well as a one-minute glimpse into my night! 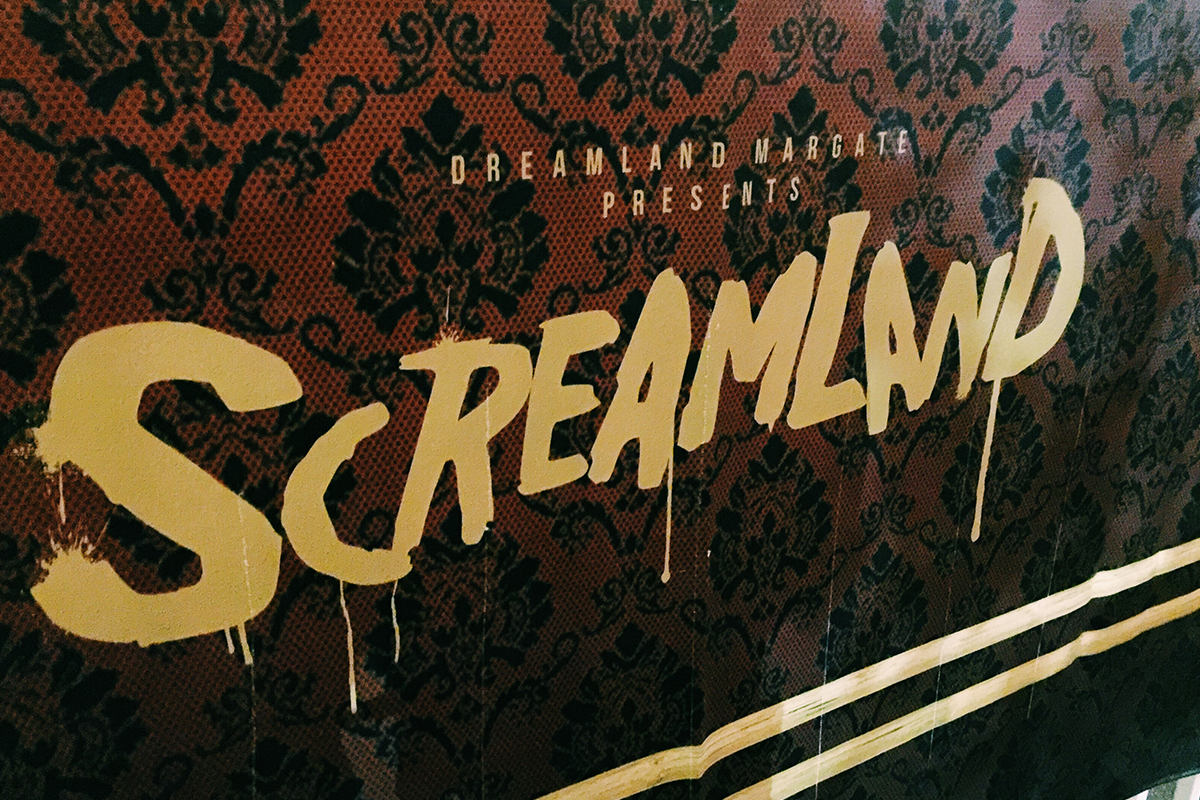 We began the evening with a glass of prosecco in the Pinterest-worthy bar, before collecting our wristbands. It’s actually free to enter Dreamland, but you’ll need to pay for a wristband if you want to go on any of the rides. 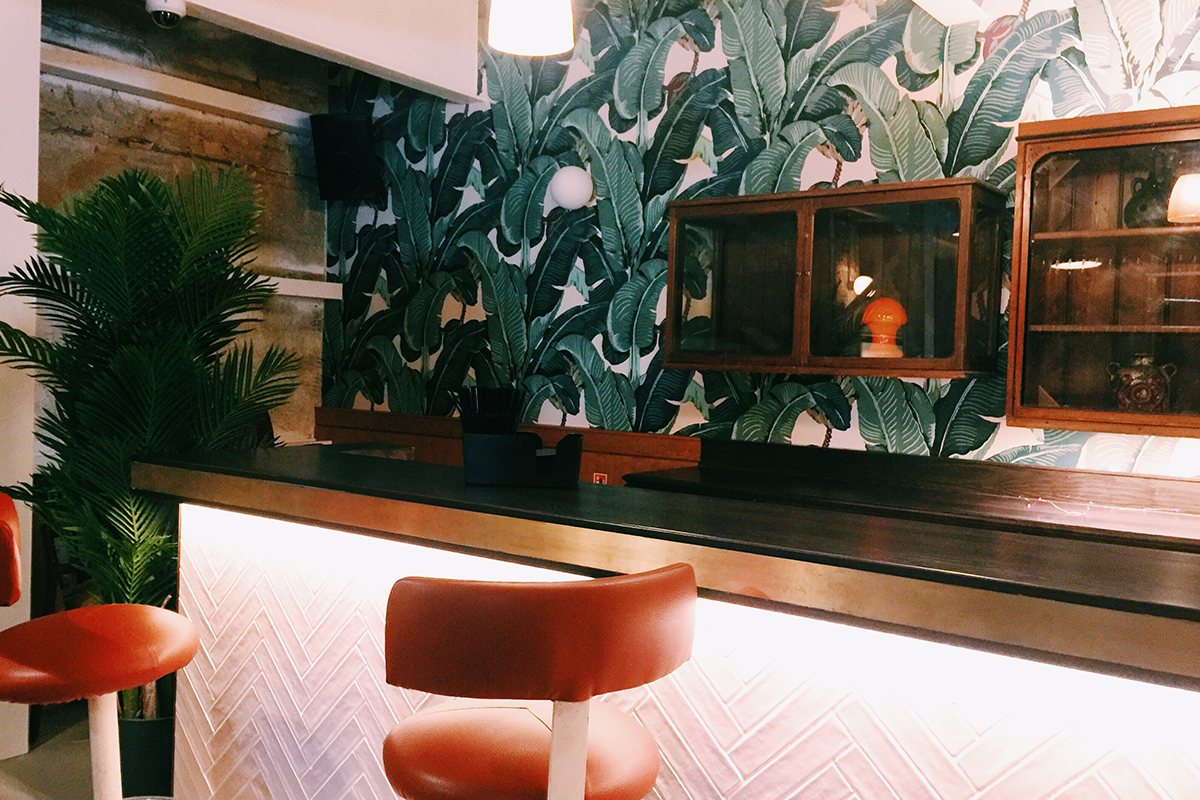 Their fairground rides were open as usual, as well as six scare mazes. I’m not going to lie, I’m a massive scaredy cat and even though some of them said they would be suitable for people airing on the petrified side, I bowed out when I heard the screams from within! 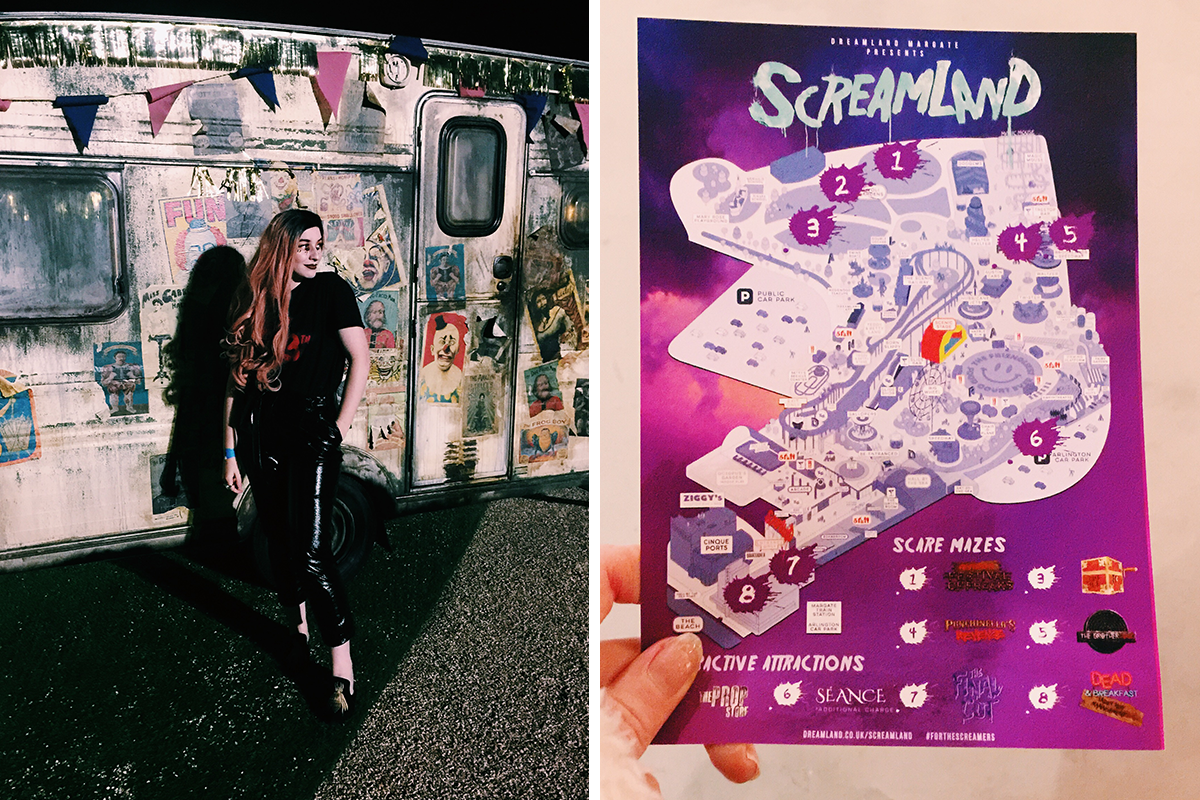 I instead opted to pose amongst a few of the parks haunted decorations, and tucked into a burger and chips at one of the many street food-style eateries. 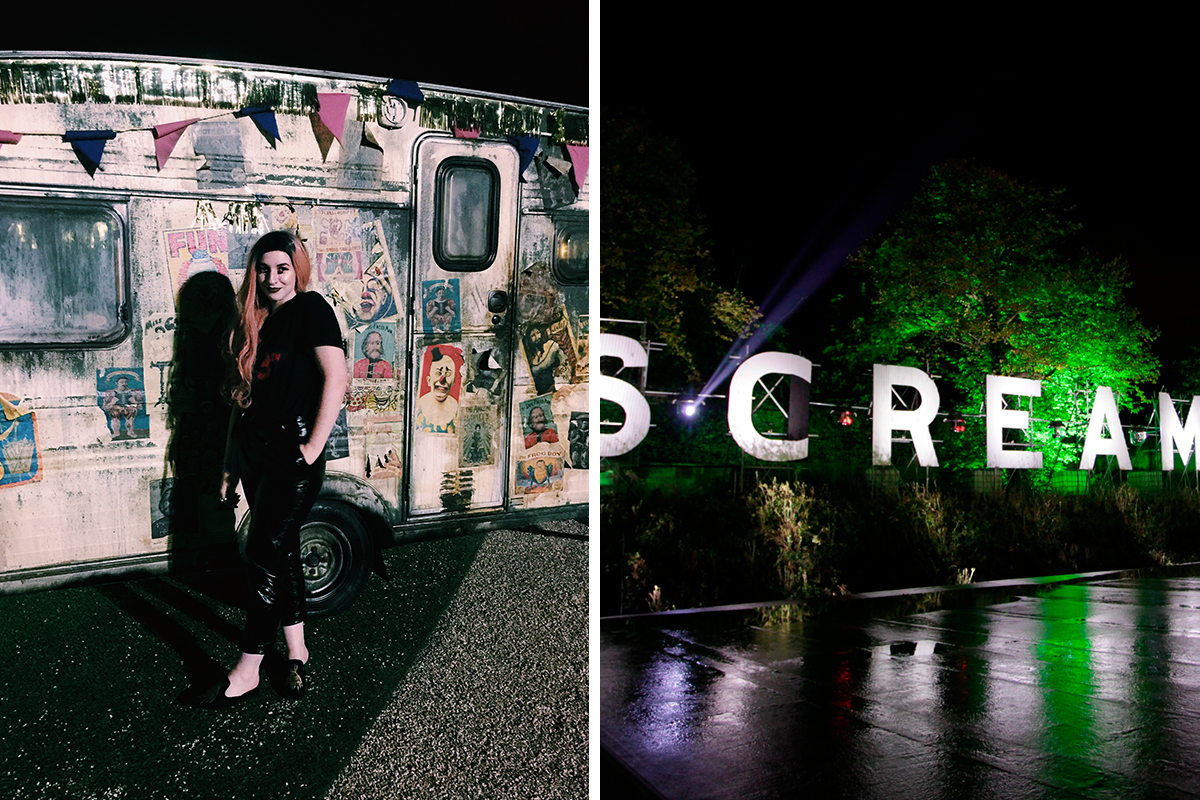 All in all, I would say if you LOVE being scared witless, their mazes are definitely for you- if you’re faint of heart I would skip the mazes in favour of the waltzers or the big wheel, like we did! 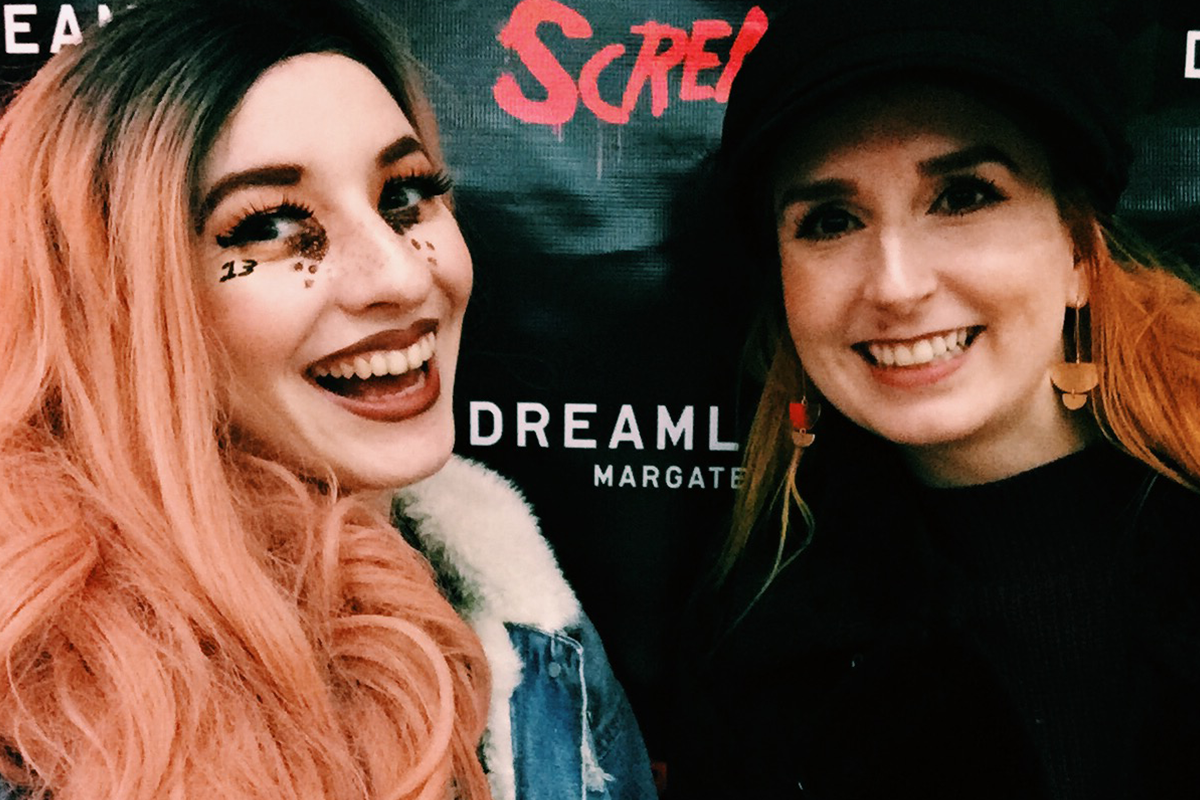 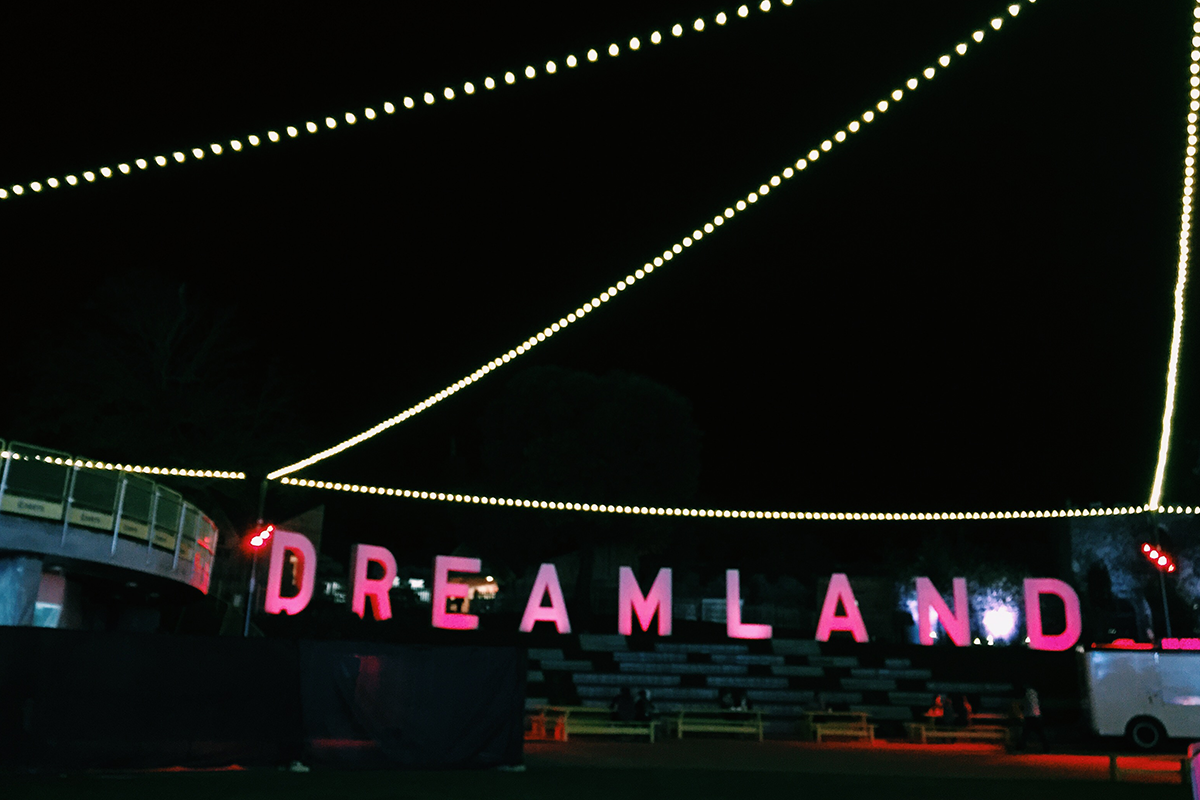 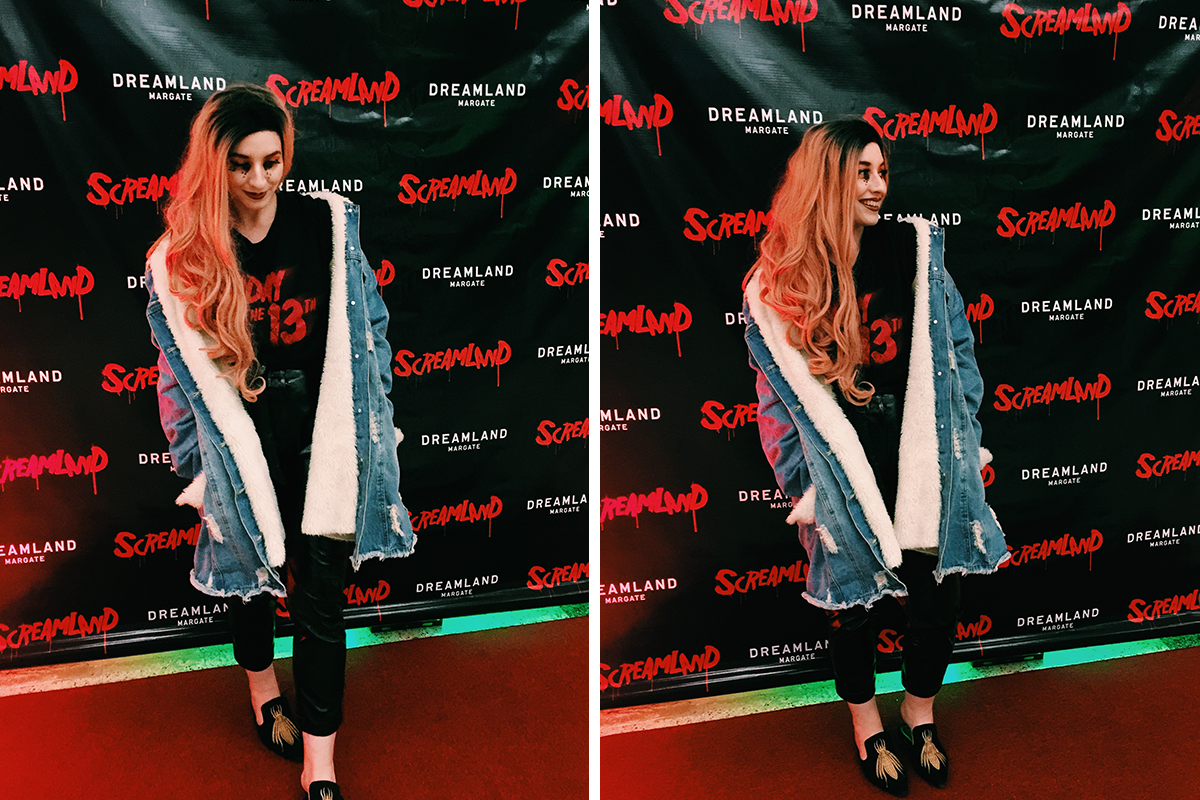