The style set may have moved to London, but I’m taking it back to New York, where the catwalks were rife with covetable new season trends. Here are the best of the rest. 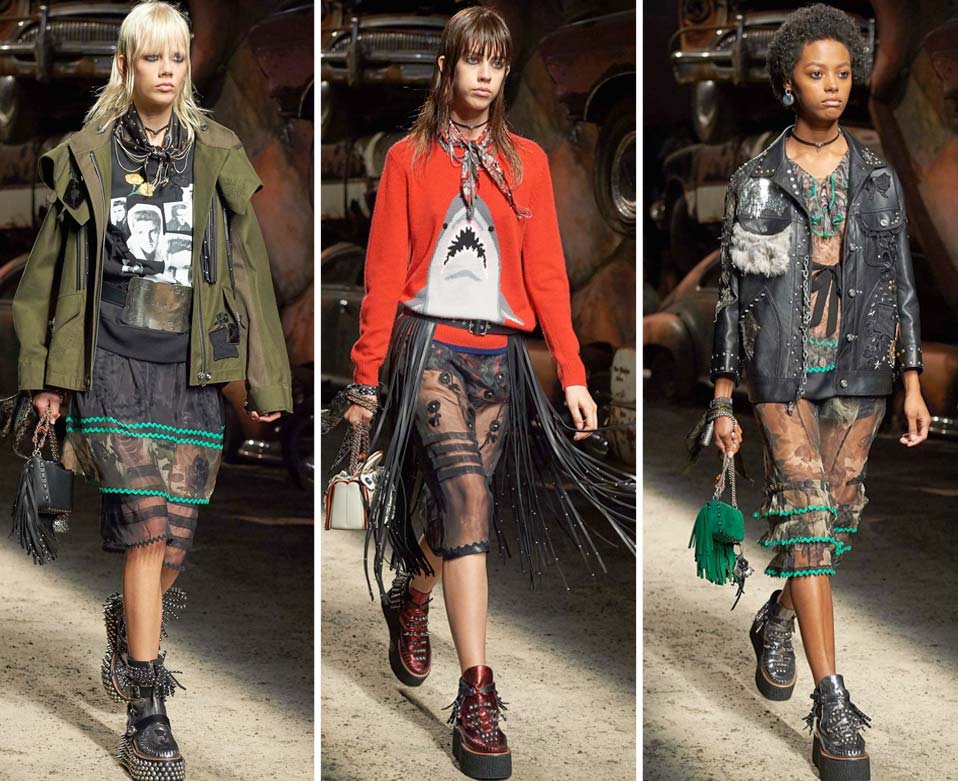 The ultimate embodiment of the New York urbanite, DKNY’s latest collection was all about exaggerated sportswear, with sliced tracksuits, statement slogan trims and plunge neckline hoodies at the forefront of new season dressing. 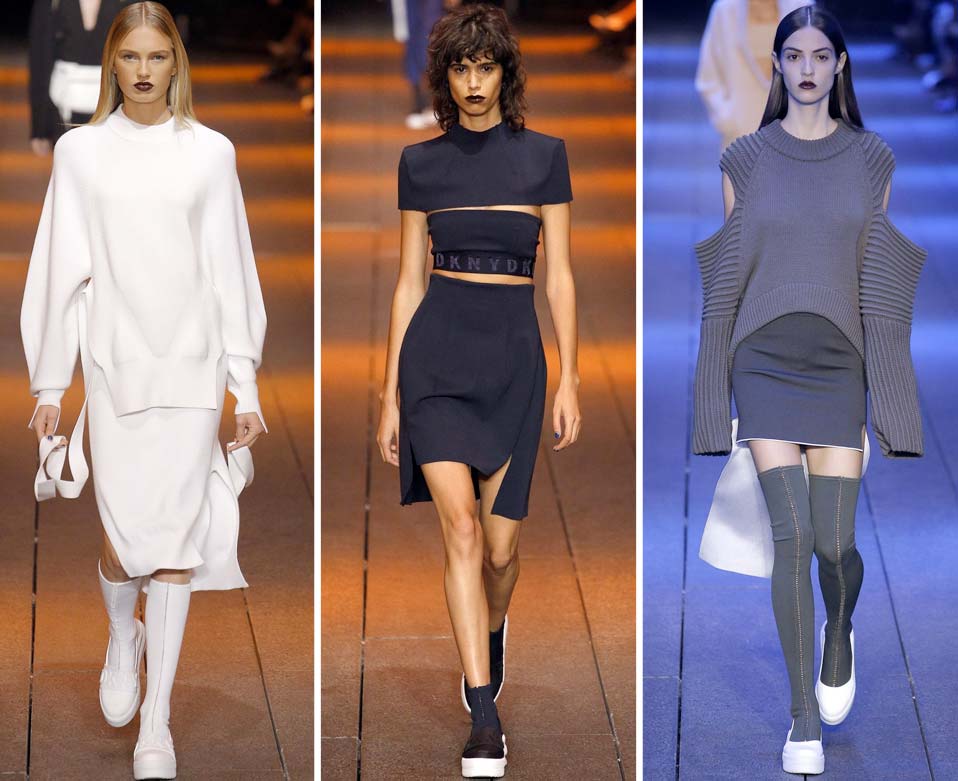 Bringing the underground rave scene to his glittering new season, the model’s rainbow dreadlocks complimented their exquisitely detailed technicolour pieces. From disco-ready dresses to sheer lace and embroidered hoodies, the collection was a kaleidoscopic meshing of trends in all it’s mid-90s wonder. 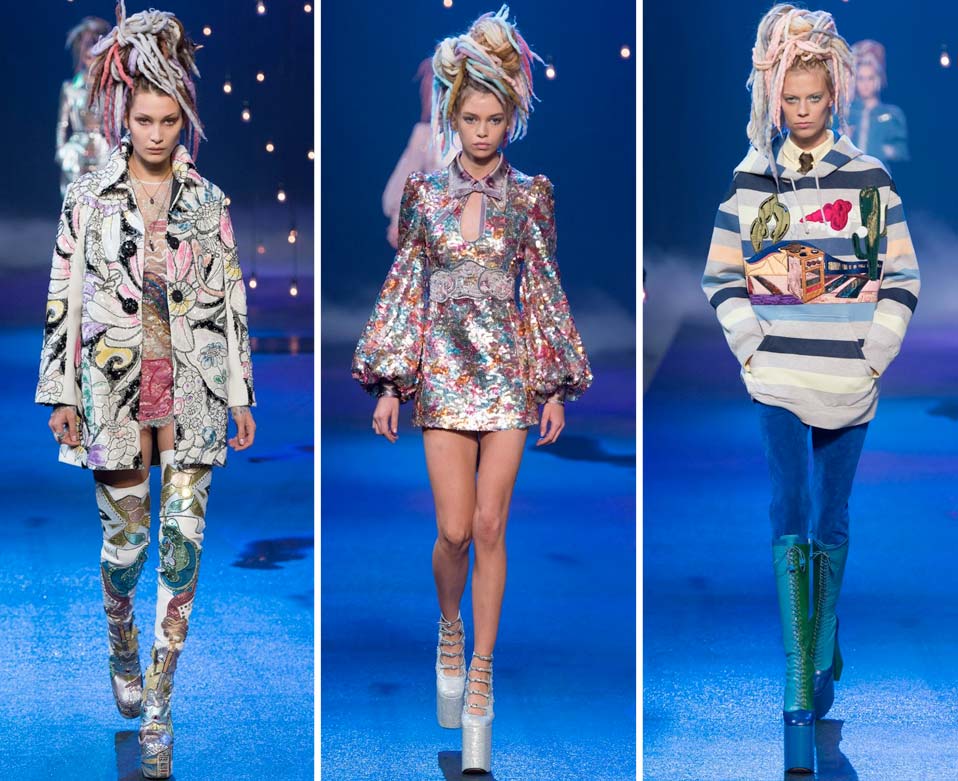 A world away from New York’s sparse minimalism and city-ready looks, Rodarte’s ethereal presence was made clear through their haunting SS17 collection. Uneven hemlines and one-shoulder details gave the feeling of a lost princess, or rejected prom Queen as pretty ruffles accompanied punkish safety pins and pointed boots for that touch of hardwearing detail beside the feminine silhouettes. 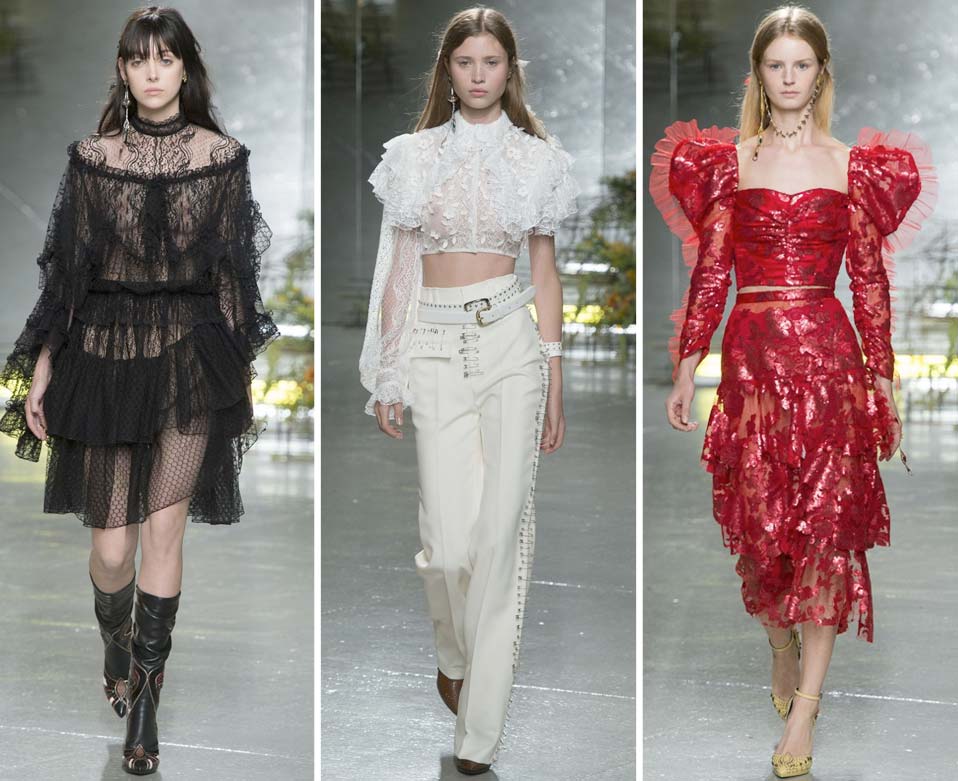 Polished and put together, Victoria Beckham’s collections are a success season after season and it doesn’t take a genius to realise why. Her SS17 collection was all about soft-to-touch feels, with satin, velvet and ribbed aesthetics taking centre stage. New cold shoulder and tasselled details added newness to the runway, with slouchy silhouettes the order of the day. 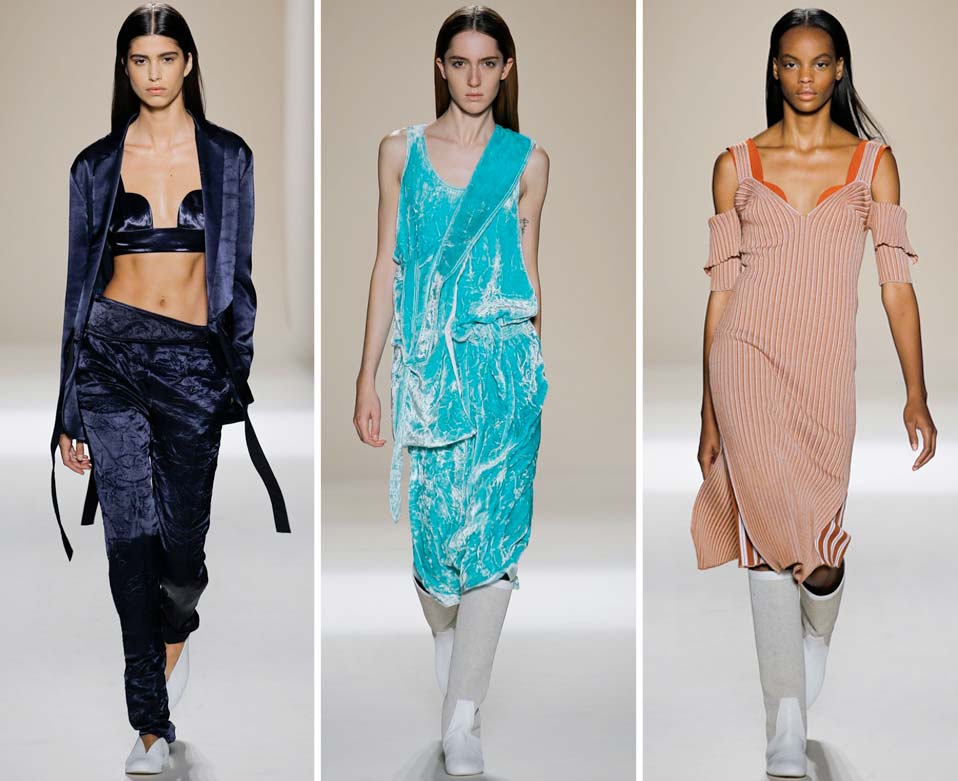 Sleek monochrome is timeless, but only Vera Wang could make it look fresh and appealing. Sports shapes collided with elegant workwear and occasion detailing as tulle married with bomber jackets, zips met white shirts and pearls scattered themselves across eveningwear. Breathtaking. 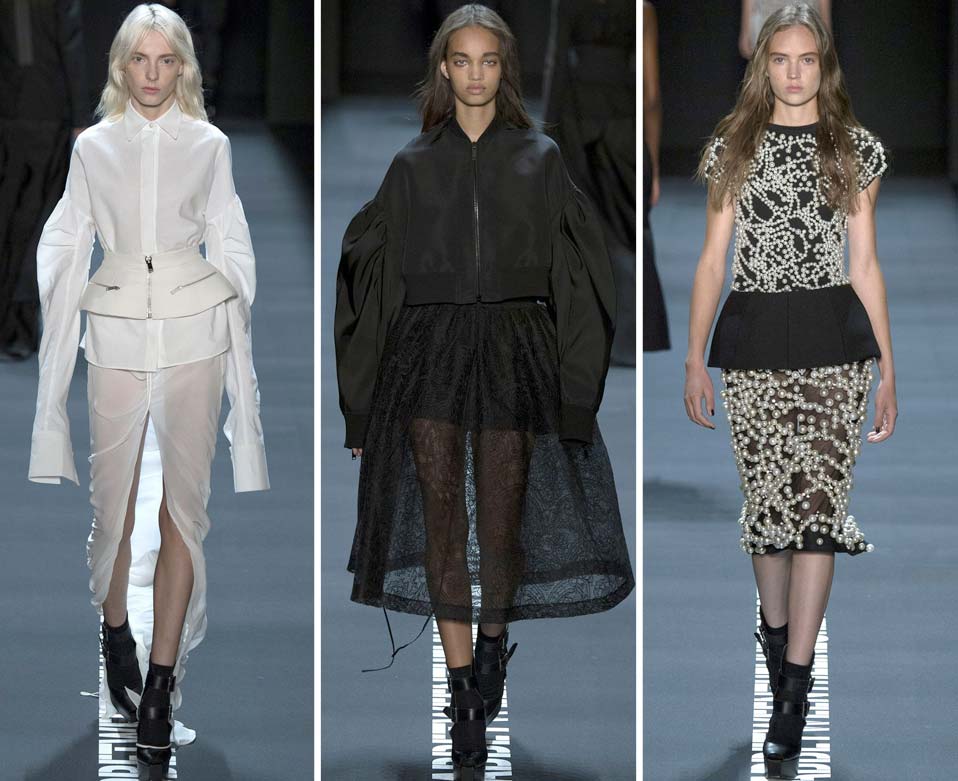 Kanye West’s Yeezy collection has fast established itself as a brand under serious scrutiny, however I think the collection’s wearability and normcore charm made it a highlight of NYFW. New neutrals have never been so relevant this season as shades of cocoa butter and candlelit beige dominated Yeezy’s freshest pieces. While shearling and puffa coats followed the trend of many collections, knitted bodysuits and transparent thigh-highs made for a unique angle on SS17. 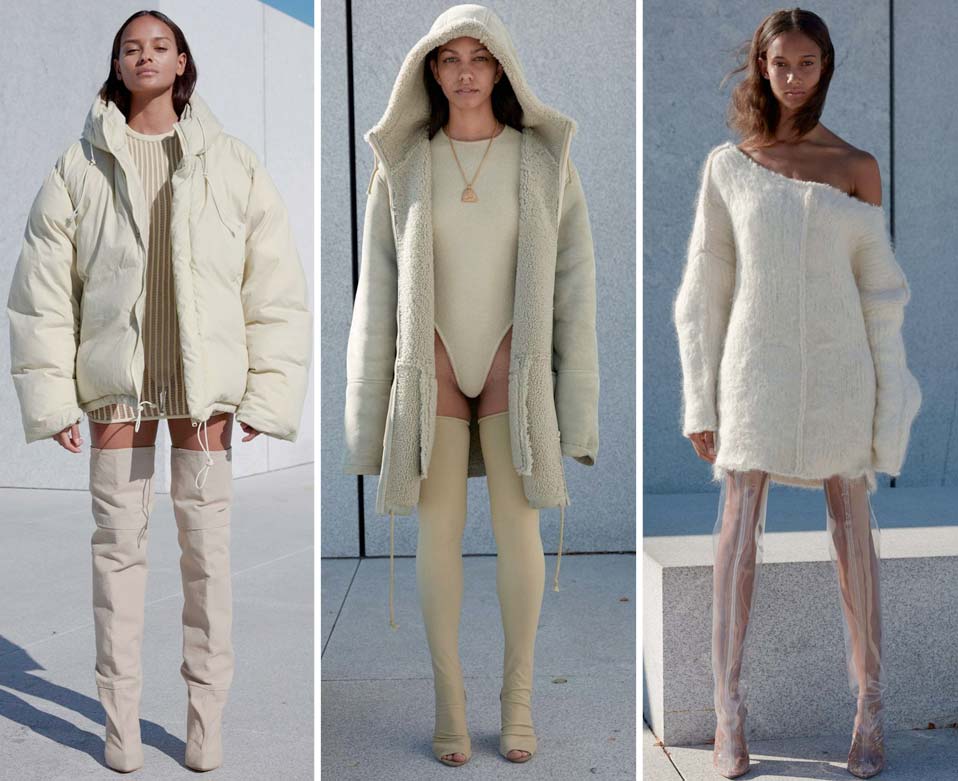 Amongst a bizarre line-up of grease-covered models, office attire met seedy futurism with mesh and leather looks fused with new-age structure. A majority of the pieces were plastered with the labels ‘Wench’ and ‘Hustler’, to symbolise the meeting of tradition and modernity, while Siamese footwear and harsh-angled spectacles were the accessories to accompany the collection. 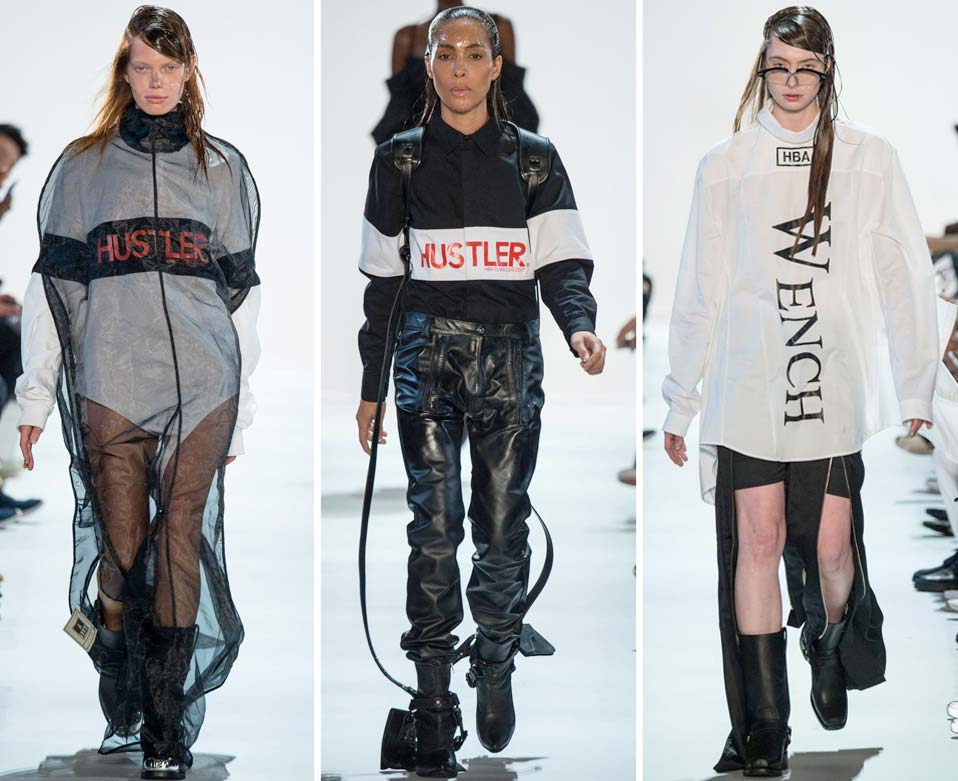