It’s here, it’s really here! JJ Abrams we bow down to you; for creating an epic, visually awe-inspiring world which seamlessly connected itself to Return of the Jedi in 1983. It’s rare for me to not feel the time pass in a film, but the force must have been strong with this one as I spent the whole two hours 16 minutes glued to the screen.  Re-awakening everyone’s childhood, Carrie Fisher, Harrison Ford and Mark Hamill reprise their roles in a reminiscent rollercoaster of action-packed proportions. 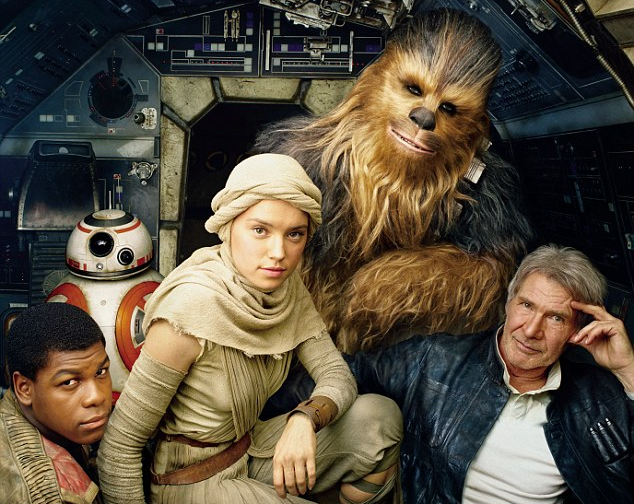 A slice of raw new talent came in the form of Daisy Ridley and John Boyega, the former playing Rey a tough scavenger on the planet Jakku- not dissimilar to the desolate environment of Tattoine on the galaxy’s Outer Rim. Boyega takes on the role of Finn, a former storm trooper who befriends Rey and embarks on an adventure with her, Han Solo and our favourite furry mammal Chewbacca. Peppered with references to the previous installments will keep die hard fans keen while new adventures and characters seem just as charming- from the cutesy BB8 droid to the unpredictable villain Kylo Ren (Adam Driver), this movie seemed just a taster for adventure is to come.

JJ Abrams refreshing take took the franchise into a modern realm of (dare I say it) feminist proportions. Daisy Ridley had previously said she hopes her character Rey will inspire strength in younger girls and I think she achieved that. Captain Phasma (Gwendoline Christie) exuded equality in a gender-neutral suit while Leia dropped her princess status in favour of becoming a General.

Until the next installment comes around, I was left with a number of questions:
Who are Rey’s family? (I love her) Will there be a romance between her and Fin? (I hope so) and who is the evil hologram? (omg E.T is that you)