How many celebs need to join the feminist bandwagon before people start listening?
A few more it seems… 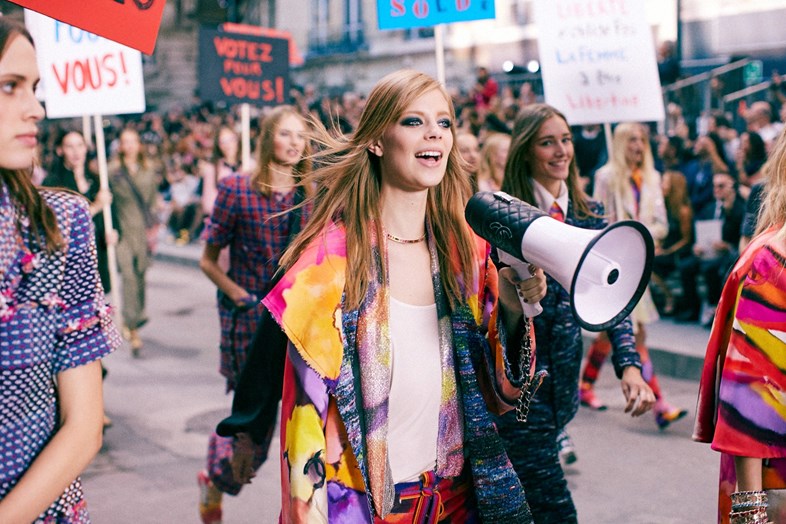 After the welcome pleas of equality from English rose Emma Watson, who created the He for She campaign aimed at targeting men to support feminism, fashion juggernaut Karl Lagerfeld decided (very wisely) to use the Chanel catwalk as a soapbox for a display of equal rights during Paris Fashion Week.
Making history, Lagerfeld created a street protest on the runway, with his models holding signs such as ‘Ladies First’, ‘Be Your Own Stylist’ and ‘History is Her Story’ as well as ‘He for She’ in support of the equality campaign.
Supermodel of the moment Cara Delevingne fronted the march armed with a megaphone as she exclaimed ‘What do we want?’ and ‘When do we want it?’ with her fellow models screaming ‘NOW’. Other fellow femme supporters came in the form of Kendall Jenner, Edie Campbell, Joan Smalls, Edie Hadid and Georgia May Jagger. 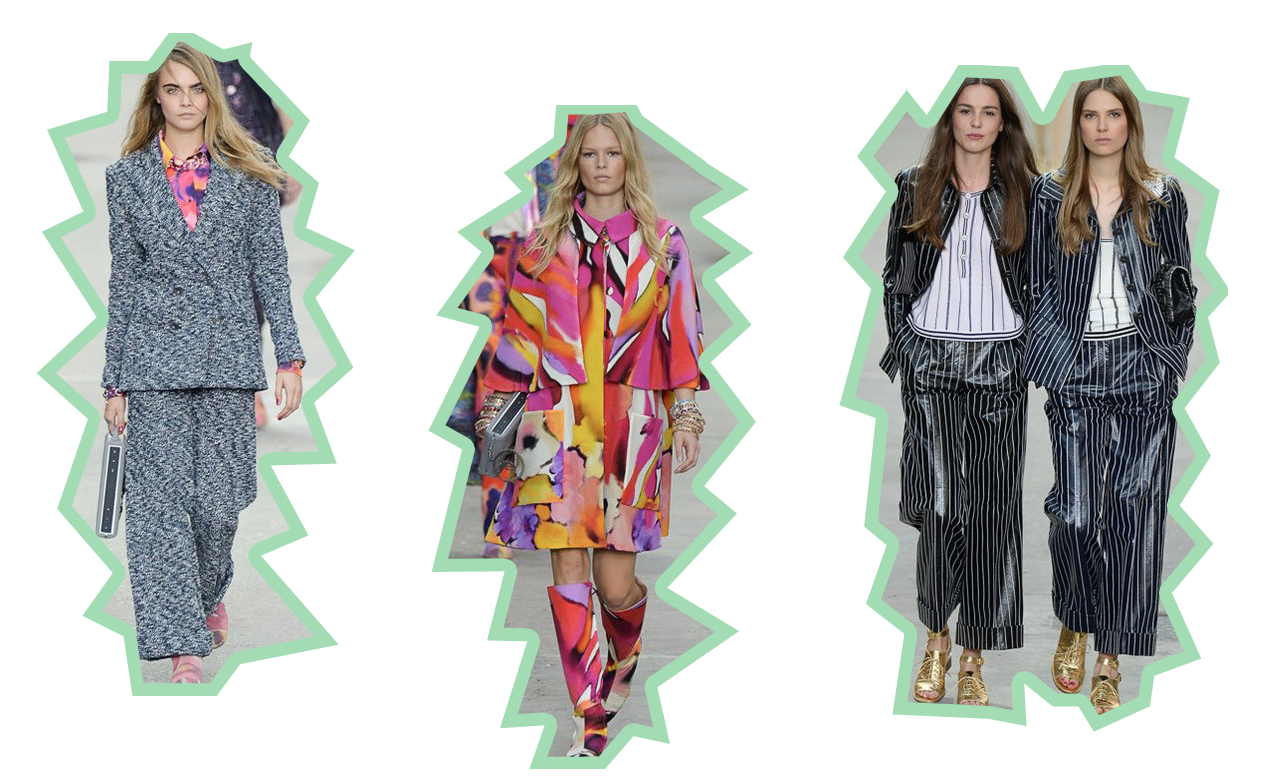 The collection itself was vibrancy personified, with excited, magnified florals in draped, oversized cuts. Outer prints clashed with spirited linings and models approached the runway in twos and threes as if out for brunch with friends. Classic tweed and tartan was made modern in two-pieces and the iconic double ‘C’ logo was subtly sprinkled among some of the pieces.
The manly brogue was given a girly makeover with cut-outs , ankle straps and a gold theme with black caps. 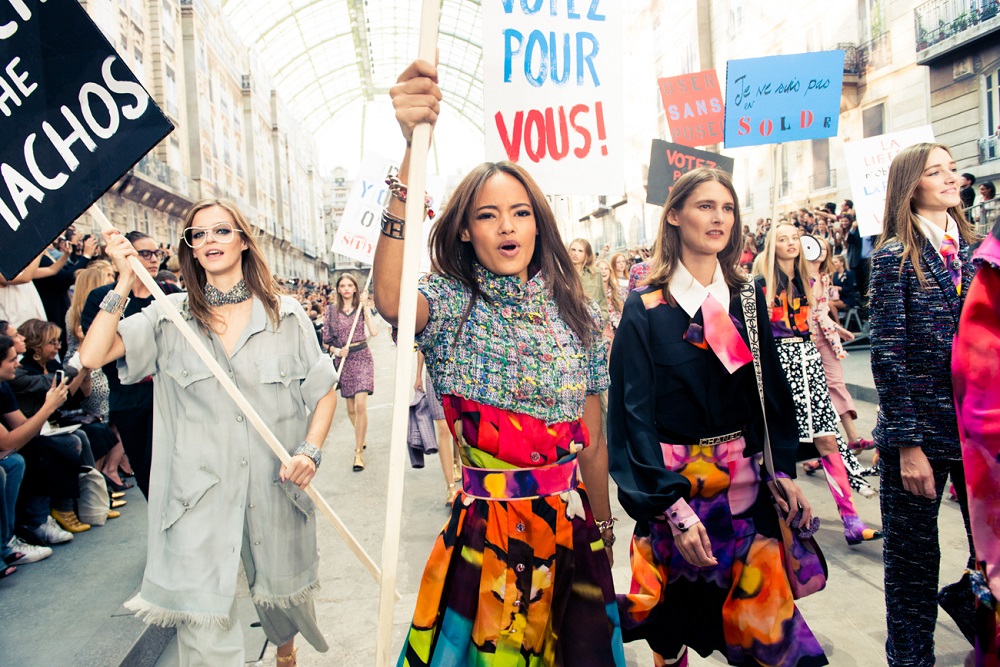 Strong and striking, androgynous suits emanated the motif of a strong, independant woman as chic work attire became a fitting link with the feminist support of the show.