Now half-way through the festival, it was the turn of the silky soft-voiced singer Jessie Ware to take to the Roundhouse stage. Having a successful debut album back in 2012, I was intrigued to hear slices from new compilation Tough Love which features writing collaborations with the likes of Ed Sheeran and Miguel.

I was astounded with the sheer volume of fans outside the venue on Thursday night, with the mass stretching down the road, all with a vibe of animation. Entering the now heaving Roundhouse, the huge crowd packed themselves in like sardines to find the best spot.

After much anticipation, the south-Londoner entered the stage in refined simplicity wearing black skinny jeans and a black chiffon drape shirt complete with her signature tight ponytail. Beginning the gig with a song everyone would know, she sang ‘Running’, an 80s style track that had her backing band in gentle nods as they played along. After injecting dreamy pop, she took time out to address the crowd with “It’s good to be in London, it’s been a while.” 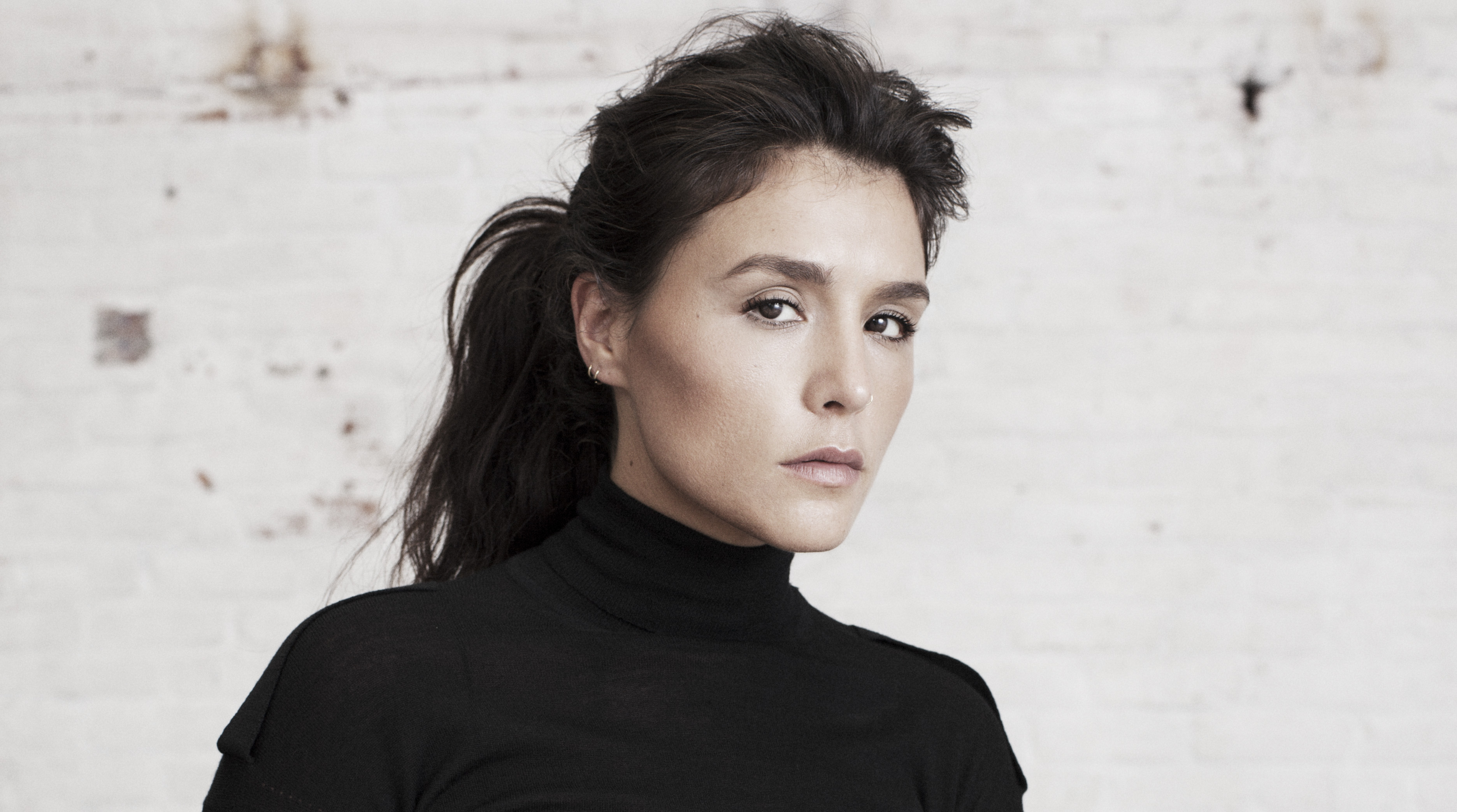 Her voice tamed and melodious, the enthusiasm and passion for her music resonated with the crowd. Her cheeky personality made me fall in love with her instantly, as she impersonated a member of the crowd attempting to sing along to a new track, much to the delight of the crowd.

Slowing the tempo with crystalline vocals in ‘Tough Love’, she continued her soulful performance with ‘Keep on Lying’, a song with soft reggae undertones. Before beginning ‘You and I (Forever) ‘, Ware exclaimed that the song was about her new husband, having gotten married a few weeks ago. After several cheers (and a few boos from jealous male members of the audience) the track provoked sways and really projected the unique love she had found.

Followed by fellow sophomore track ‘Desire’, electronic elements began to creep in to her performance before a touch of swing in ‘Kind of…Sometimes…Maybe’ – a track which is sure to be a massive hit – having the crowd singing along to the memorable lyrics. Upping the tempo with ‘Want Your Feeling’, the crowd was whipped into a frenzy for ‘Wildest Moments’ before she finished with the angelic ballad ‘Say You Love Me’.

Having little knowledge of her new album and of the singer herself, I became divided throughout her performance. Although none of her songs ever really induced hysteria to the crowd, her mesmerisingly velvet voice, her cheeky normalcy and her song writing skills made me feel like if she were any other way, it would only be the road of the manufactured pop star, placed on the music industry conveyor belt to churn out nonsensical tunes.