When I first told people I was off to New York City for the first time ever, the most popular question I got asked was ‘Are you going to all the touristy bits then?’ I mean, the short answer was yes, but if I’m honest I never wanted to get too bogged down with seeing things I’d seen a million pictures of before. But as this title suggests, some things are just worth the hype, and here’s my selection of the top ranked places I visited! 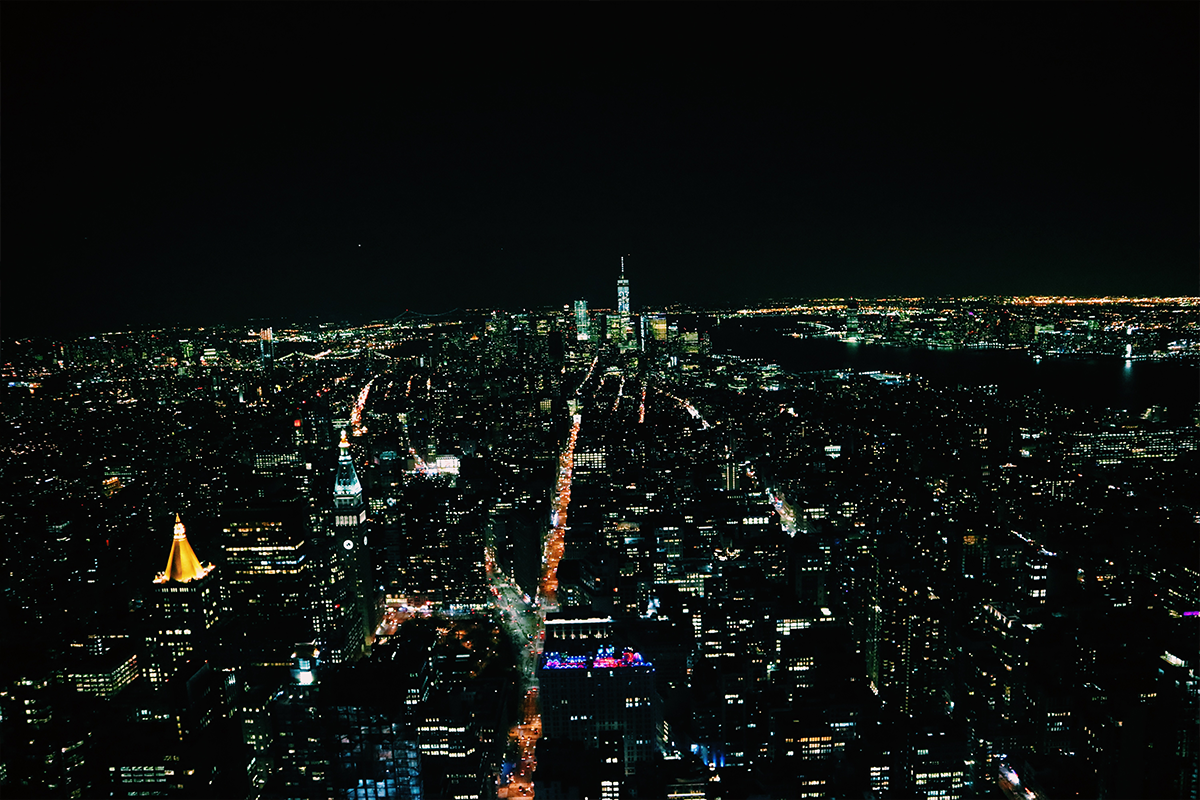 I’d been captivated by a view of Manhattan from the Staten Island Ferry, but I was yet to see it from up-high, so the Empire State Building was a famous landmark we just couldn’t miss seeing and ascending. One piece of advice with these types of attractions, is paying for tickets in advance really pays off! We got ours from Attraction Tickets Direct and paper tickets were delivered to us prior to our trip, which not only saved time, but money too. 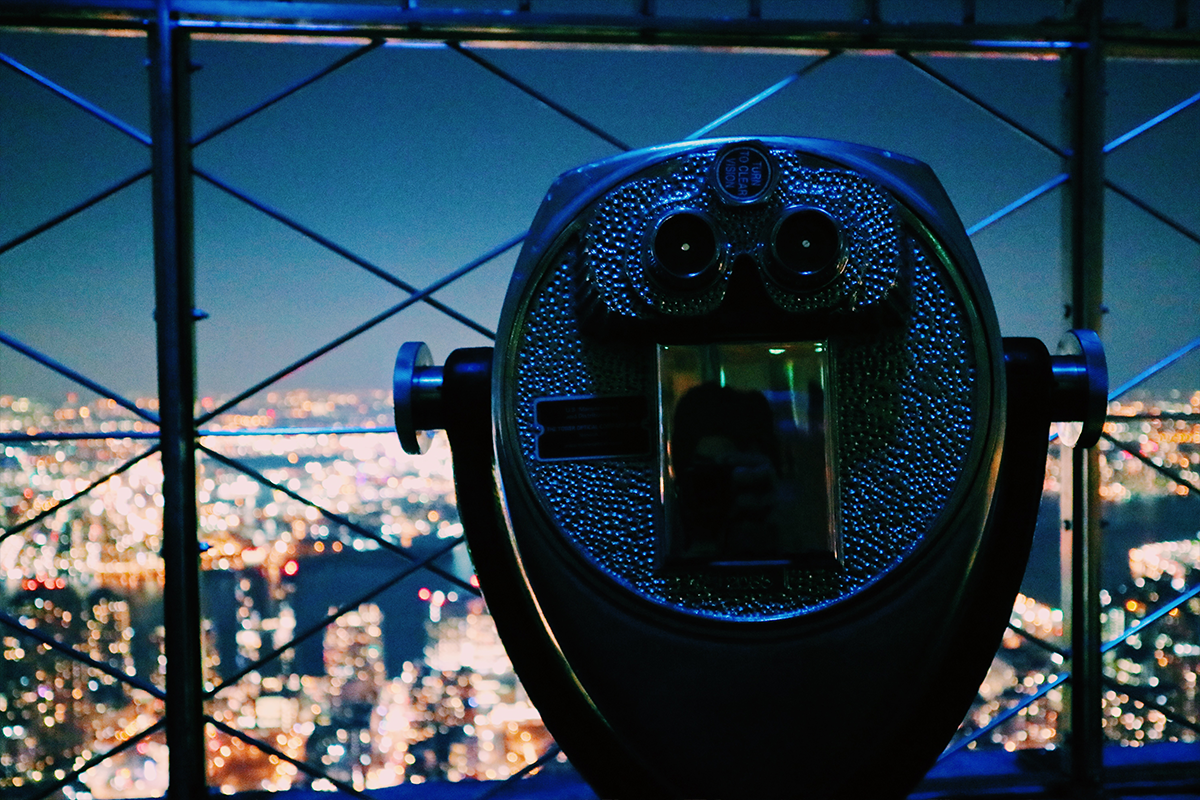 The stunning Art Deco building is a real slice of NY history, and has a number of exhibitions informing the visitor on how the feat of engineering was built. There are three stages to the assent, from 80 (indoor viewing) to the 86th floor (outdoor deck) and finally a 102nd floor (which is a separate price). 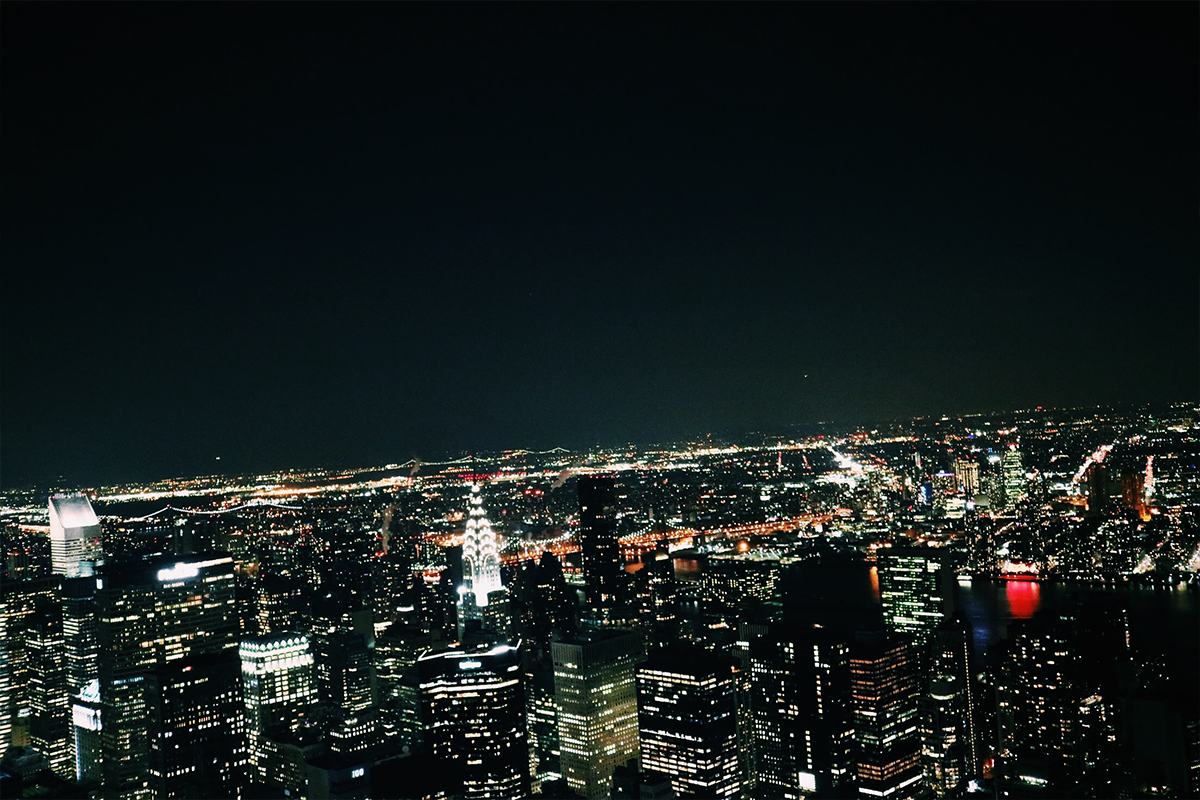 One thing to note are that there is security, so any bags you bring in must be placed inside a machine (just like the airport) and this will have a queue. We opted for an evening visit, around 10pm, and the queue took between 15-20 mins to get through so bear that in mind.

Ground zero has always been a place I wanted to see. I remember that fated day so well and the harrowing images that followed but when I visited the site, I had no idea how haunting it would be. Beautifully done, the memorial showcases cascading water falling from one hole into the ground, with the destination of the water invisible to the eye. 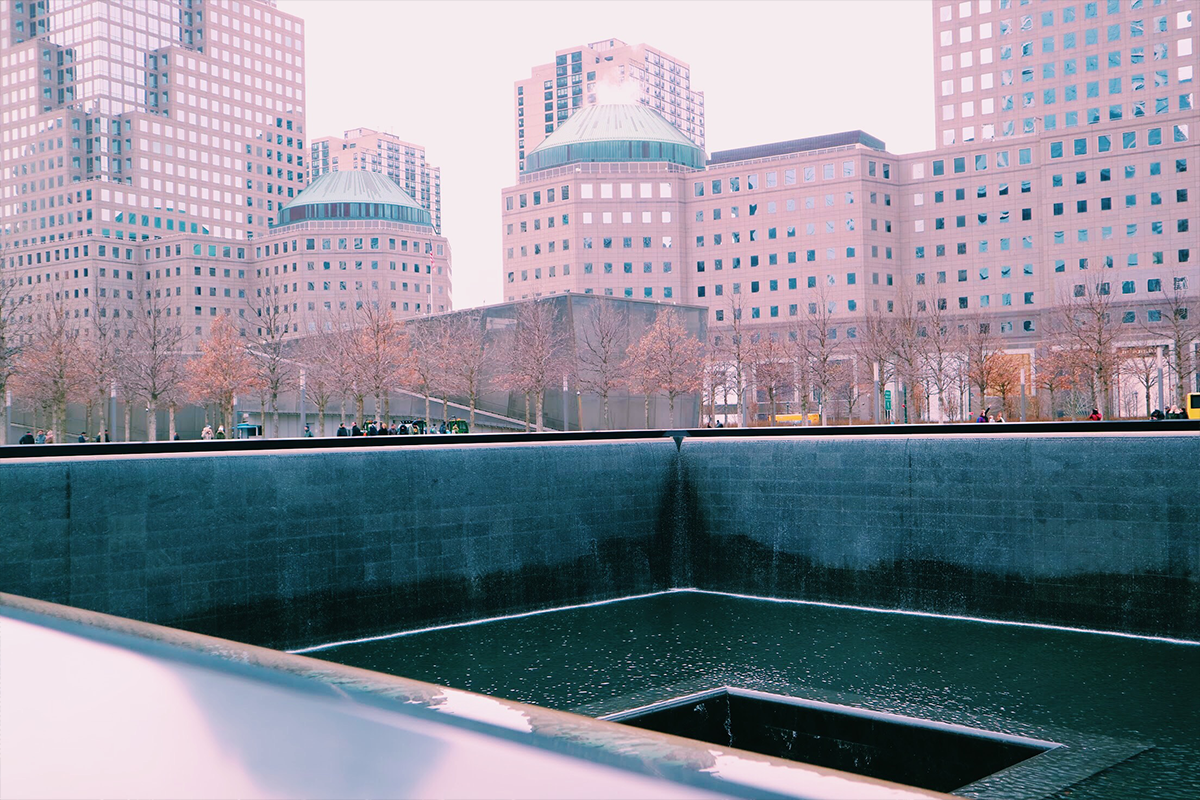 Around the outskirts of the memorial are the names of the victims who died, and in a lovely gesture, a white rose is placed next to each person’s name when their birthday falls. I can’t quite put into words how weirdly quiet it was, especially being slap bang in the centre of the financial district in Manhattan. 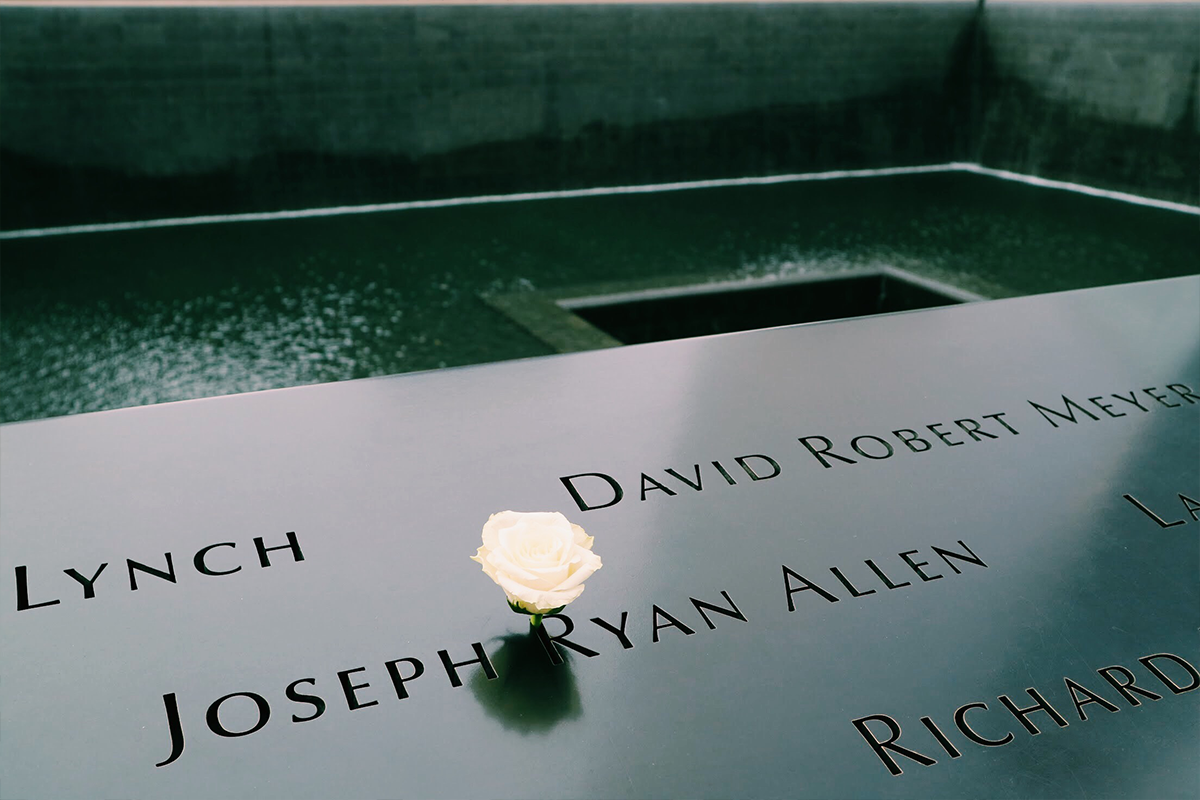 There’s a 9/11 memorial museum nearby, but we opted to just walk around and visit the nearby Oculus building instead. 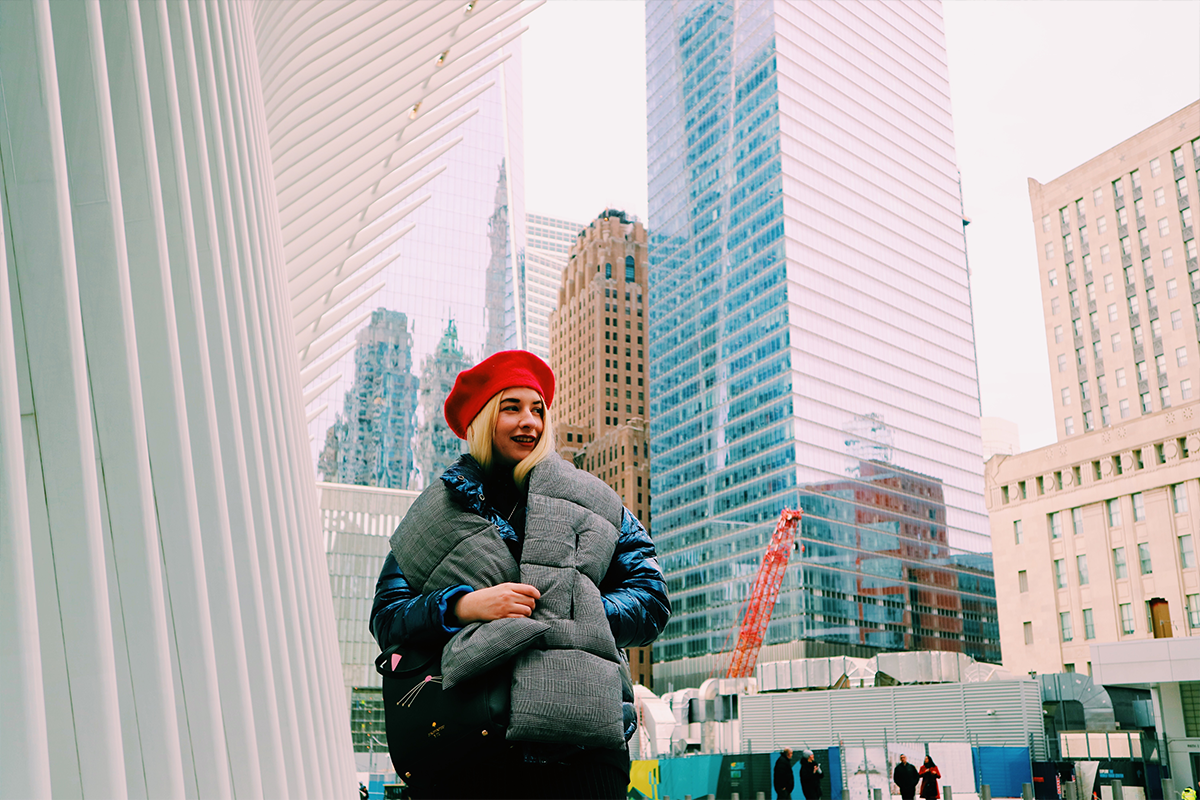 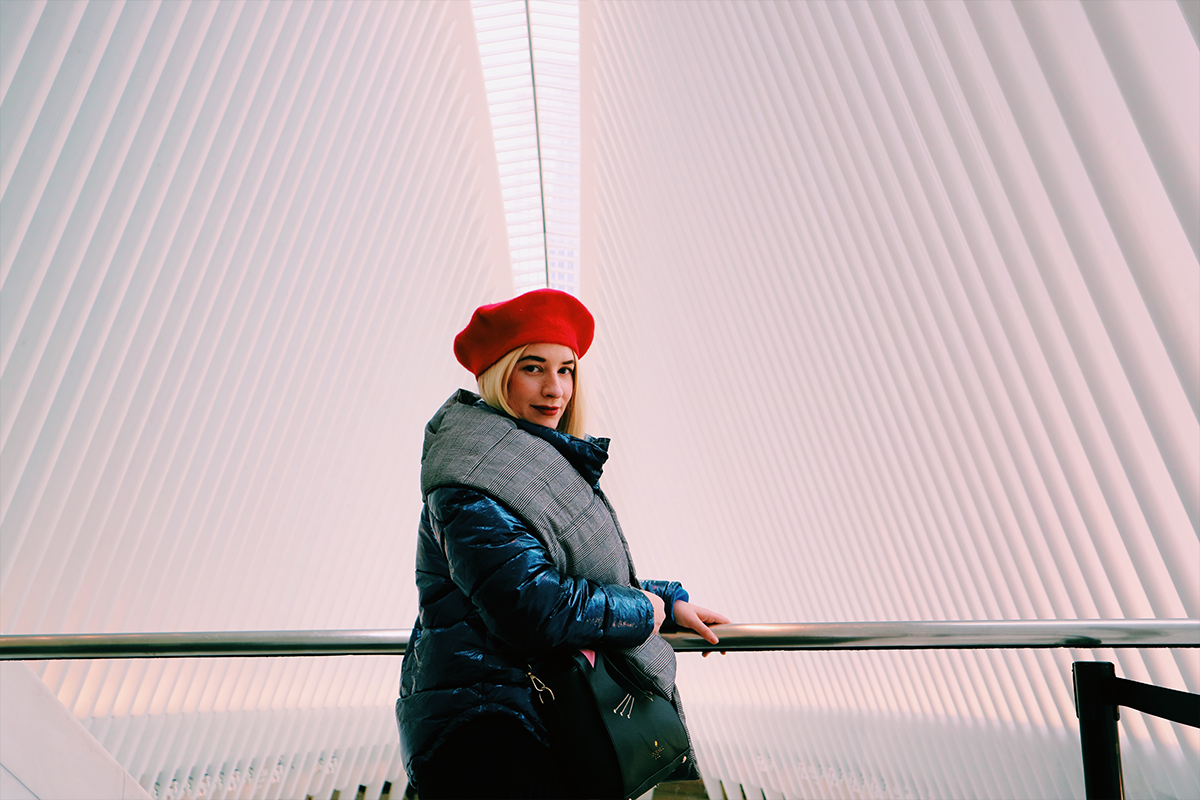 Times Square
I asked a number of people what they thought of Times Square, and I got a LOT of mixed, almost negative reviews which really had me feeling a little worried about visiting! From costumed characters trying to barter money for pictures, to pick pockets and hoards of people, it was safe to say I was less than keen – but my god am I glad I visited the hotspot! 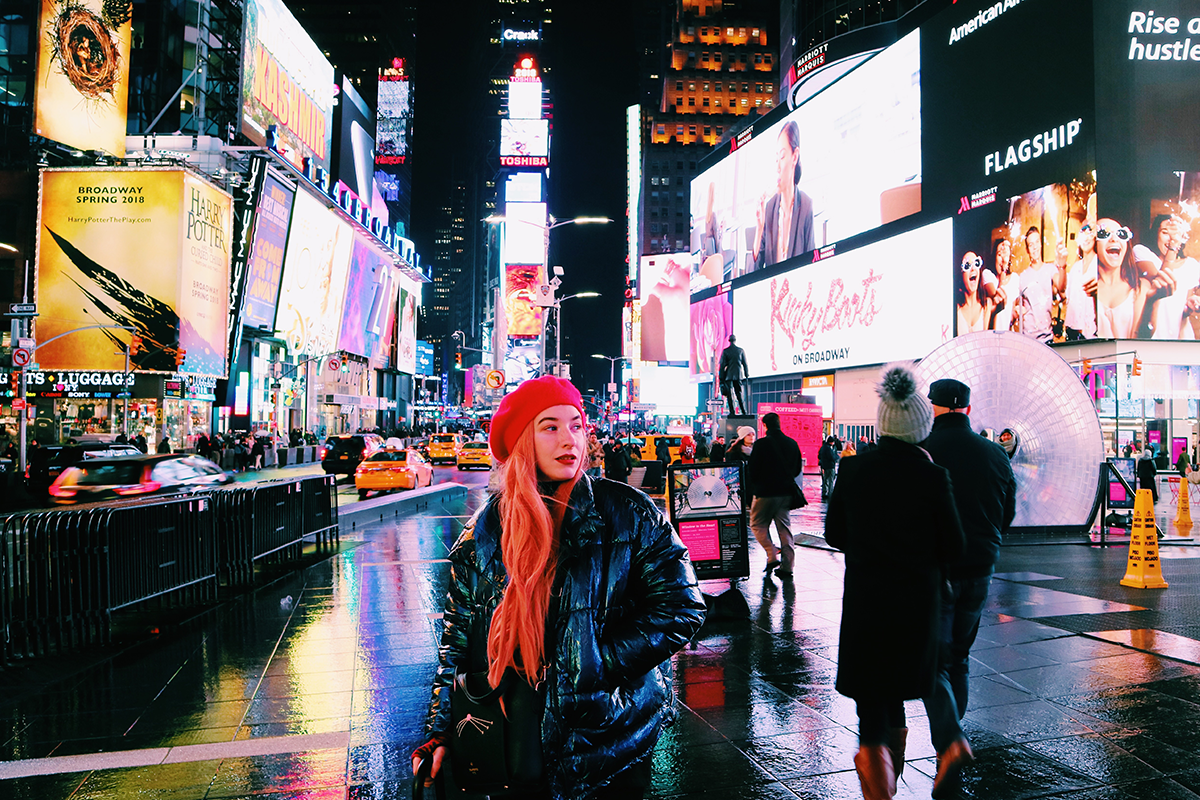 In all honesty, I think my good experience might have been due to a load of happy coincidences. Firstly, when Kayle and I visited (early February) it was fairly quiet everywhere. It was easy to get around the square, and it was drizzling slightly so the rain may have been keeping people away. Secondly, we visited in the evening, which I think is personally better than the day, and there’s no need to worry about low lighting because the billboards more than illuminate everything!

This again is somewhere you don’t need to spend a lot of time at. Walk around, take some pictures, climb the red stairs or find one of the temporary installations. Shops-wise, there’s only really a selection of tourist outlets and an M&Ms world – so you won’t miss out if you simply walk through the square. 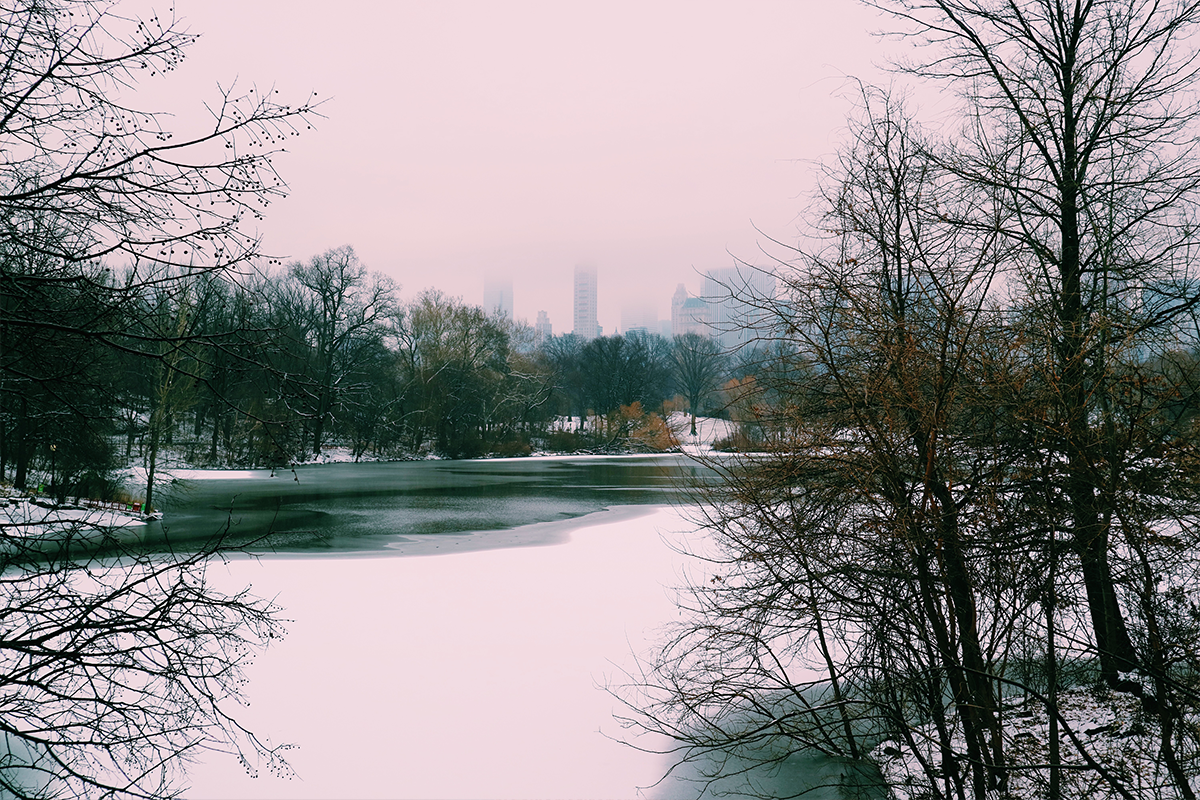 Central Park for me is synonymous with NYC, but it’s also a place I kind of thought might be over-hyped as being the only real green space in the city. I was definitely wrong in both respects, because I really was blown away by the size, and the beauty of Central Park (I keep wanting to write perk instead of park, Friends – what u do to me?!) and the green areas in the city in general. I can only speak for the park during winter time, but if you know me, y’all will know I love autumn and winter and for me this was the ideal time to visit. 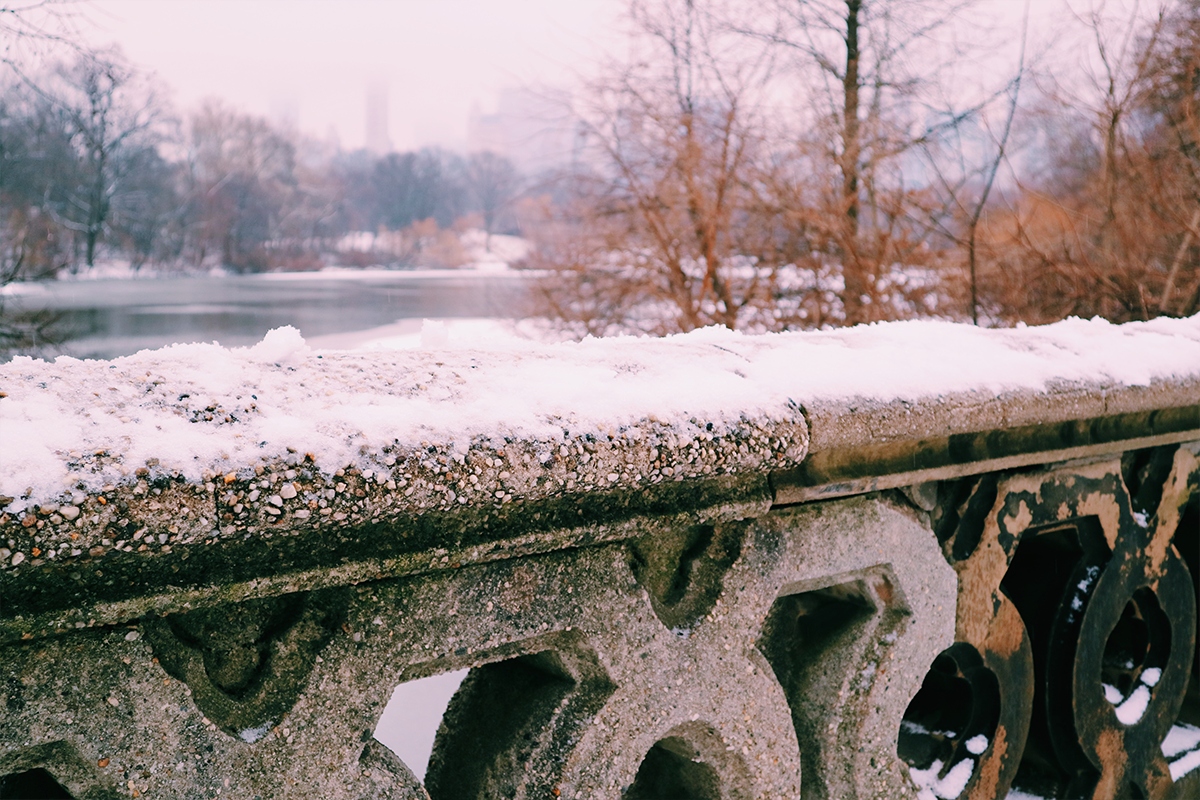 Sleet turned to fluffy snow as we hopped off the subway and arrived on the Upper East Side, ready to explore the park. From the Alice in Wonderland statue, to the John Lennon memorial at Strawberry Fields and the quaint but charming Belvedere Castle, there’s so much to see in Central Park. 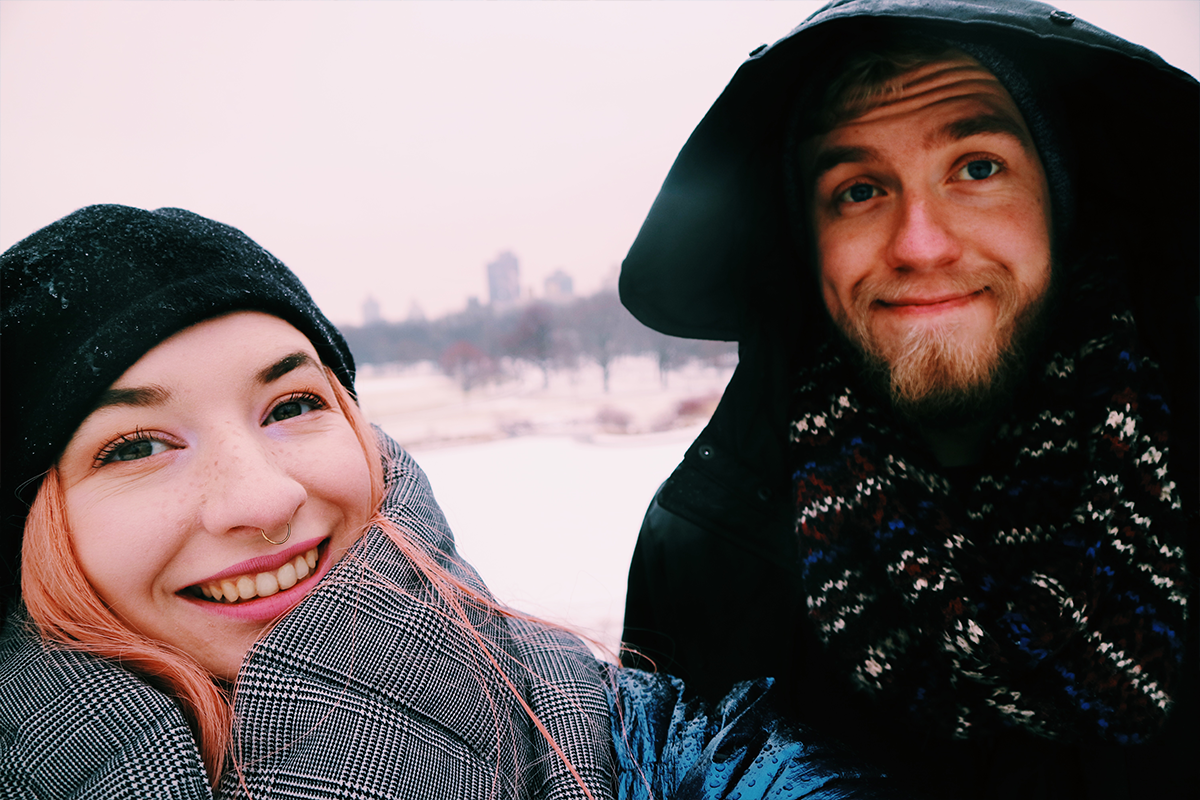 What I loved most though, was the serene quiet. The winding, snow-peppered paths that were devoid of people (probably because it was freezing, and snowing!) minus the odd local taking their dogs for a walk… and while we’re on the subject of dogs, DOGS! There were so many dogs in NYC, with the first dog-friendly cafe opening up that weekend in the city, complete with cooked treats just for your pooch. Ugh, just another reason to love the most magical place I’ve ever been. 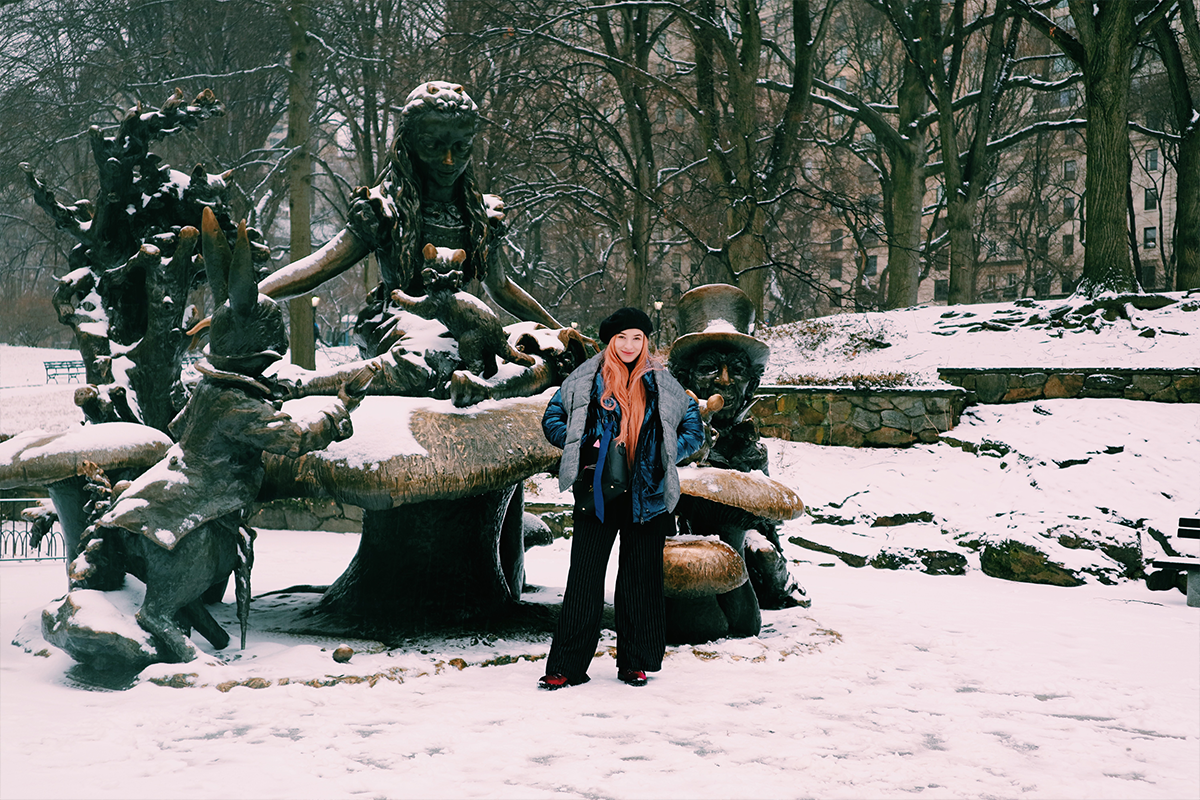 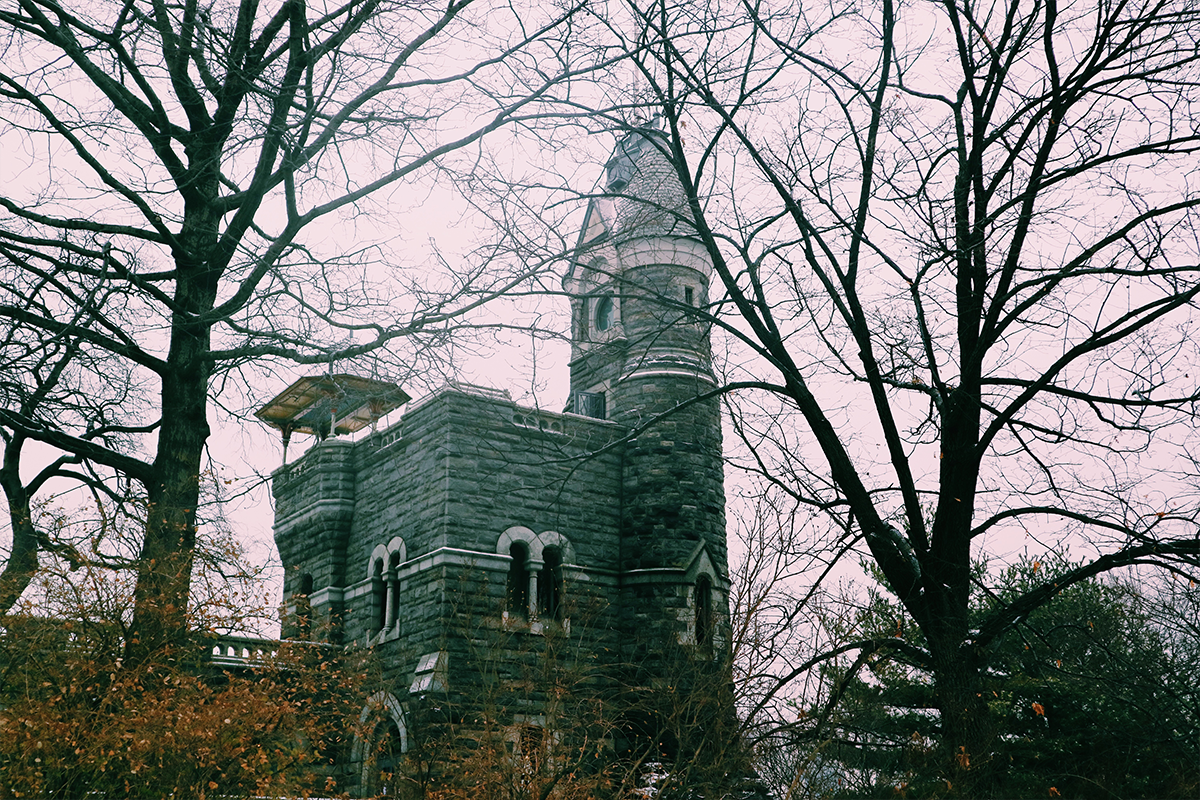 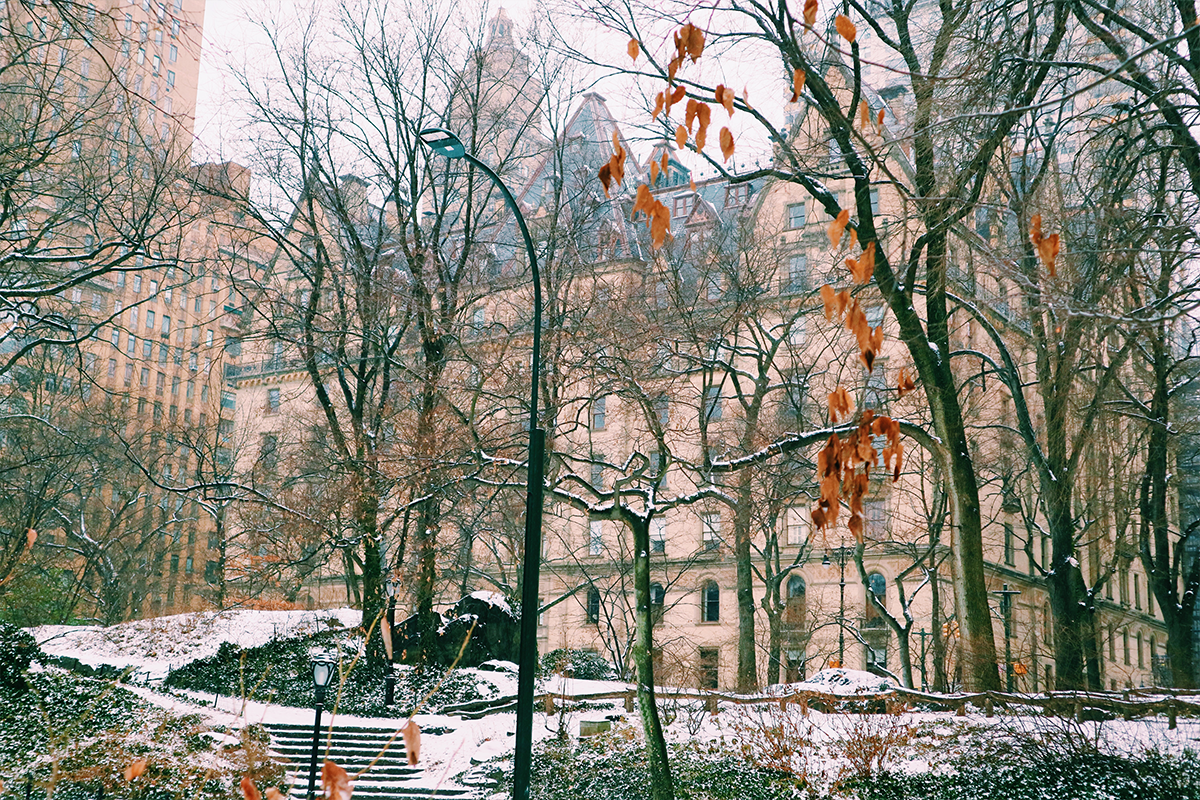 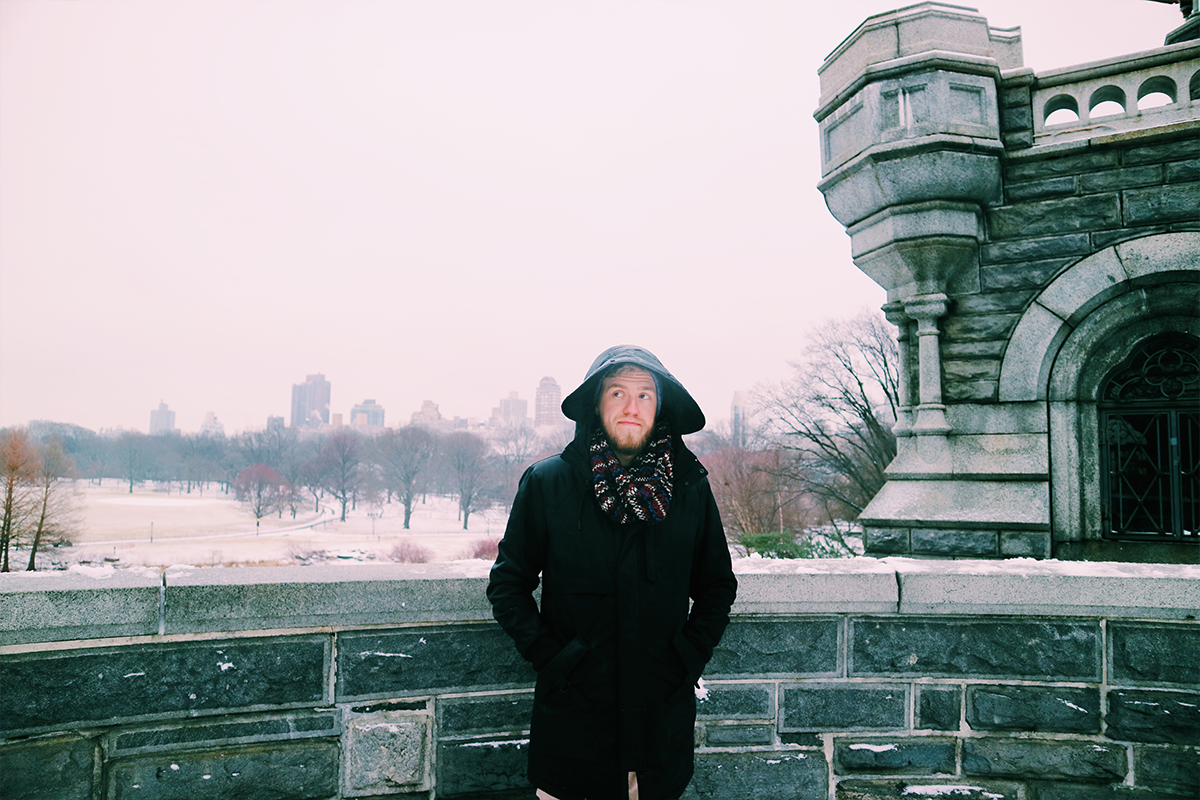 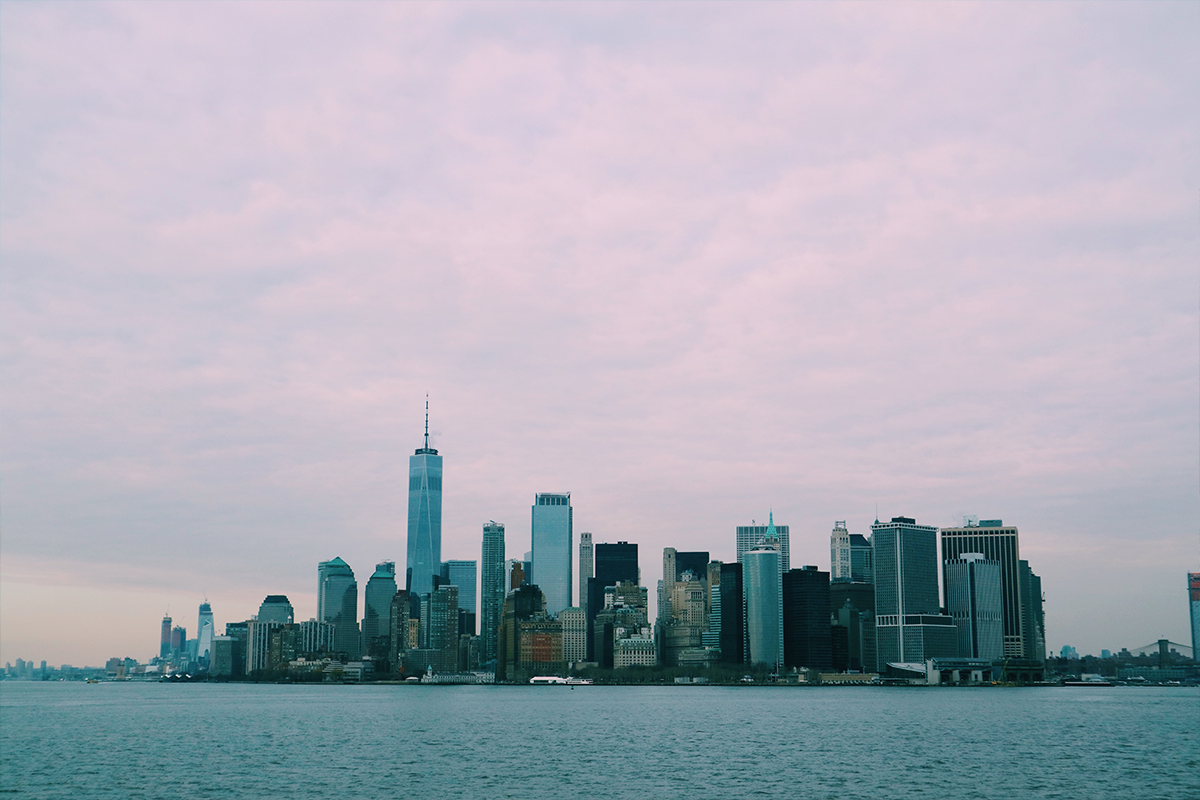 One of the best pieces of advice I got prior to visiting New York was to head on the Staten Island Ferry to see the Statue of Liberty. Lady Liberty herself could be described as small in comparison to the towering skyscrapers of Manhattan, but I definitely think she’s worth seeing. The best part? The ferry journey back to Manhattan. In the words of Janice, ‘OH.MY.GAWD’. Seeing those towering buildings grow on the skyline was a pretty spectacular view, and it was free! 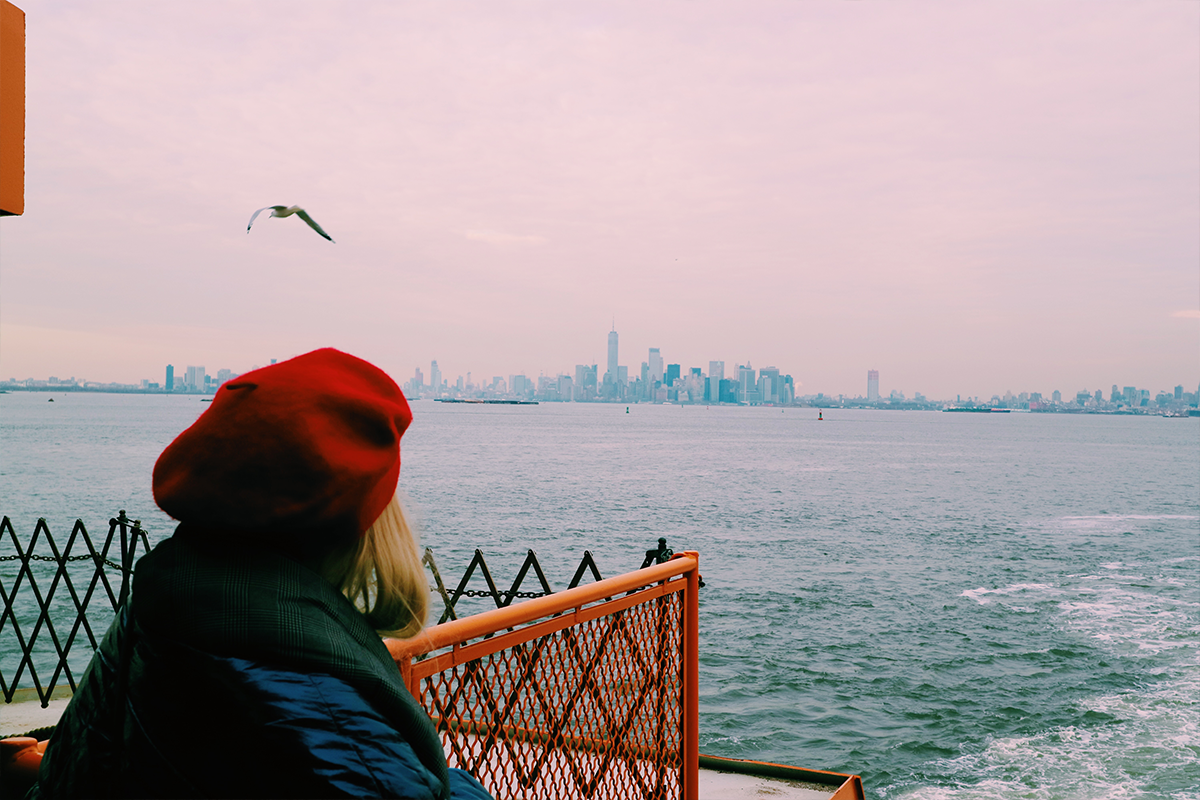 You can obviously opt to stay on Staten Island and see what it has to offer, but we had limited time so headed straight back. It’s a great way to spend half an hour and something I’ll remember forever.

A Walk Across Brooklyn Bridge 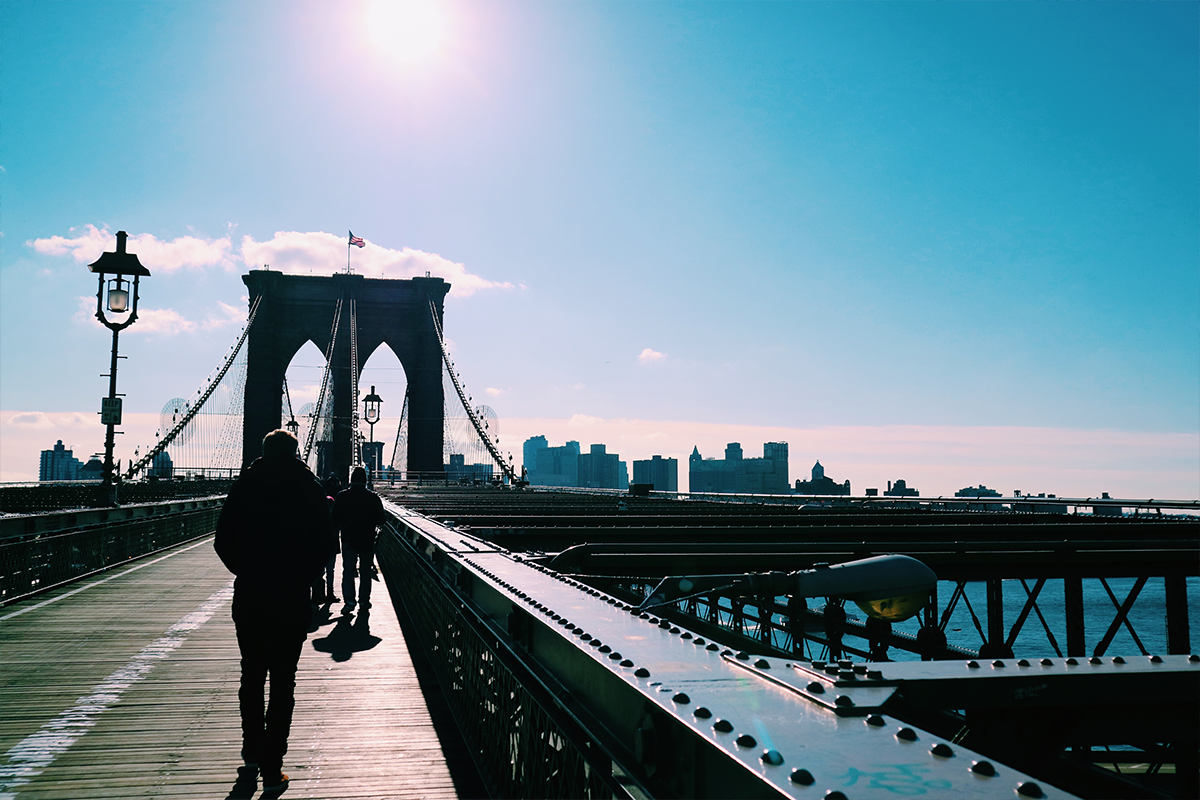 I knew Kayle and I would be very stretched for time as this last minute trip saw us only have two and a half days in the city, so we wanted to prioritise Manhattan over Brooklyn. Nevertheless, a walk across Brooklyn Bridge was definitely in order! Thank god for our slight jet lag which meant we were up and raring to go around 7am, so we managed to catch the sun rapidly rising in the sky over the bridge – a most wonderful sight on a crisp, cold morning. 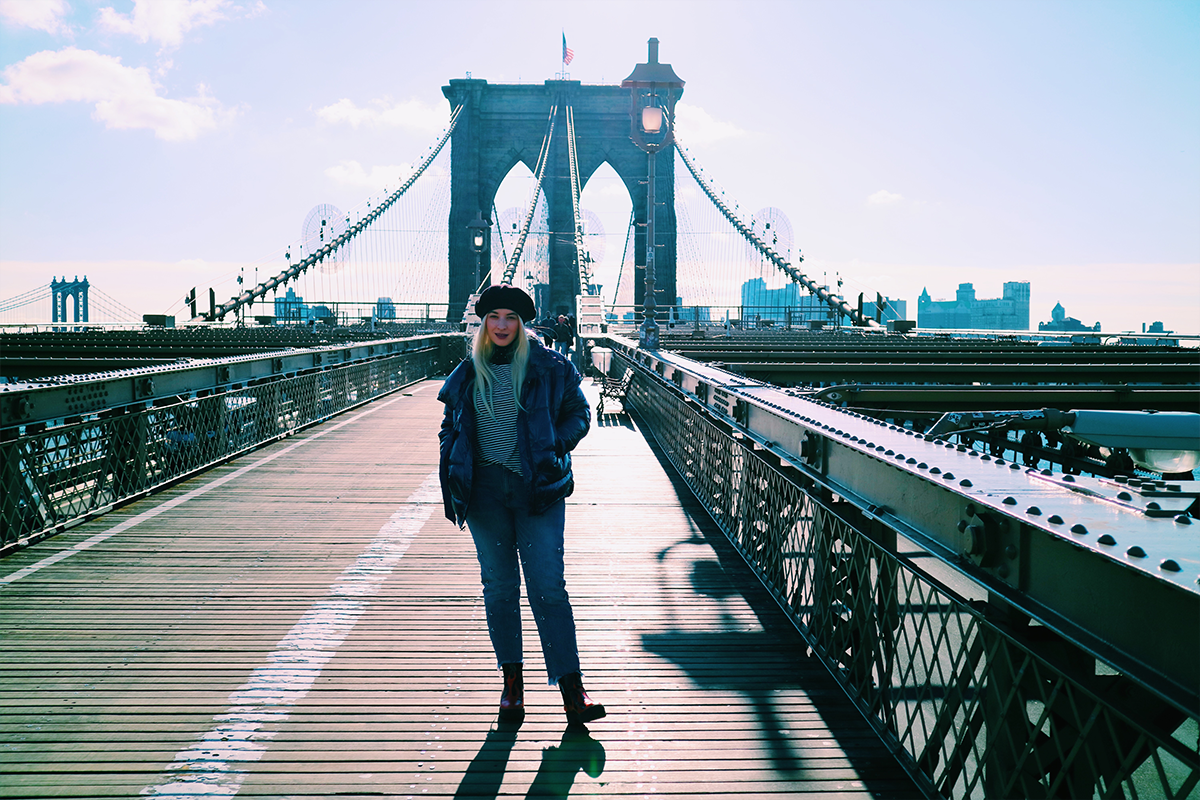 What was better, was the fact that there was hardly anyone around, so we were free to wander across the bridge without crowds – I can only imagine how busy it gets in summer! 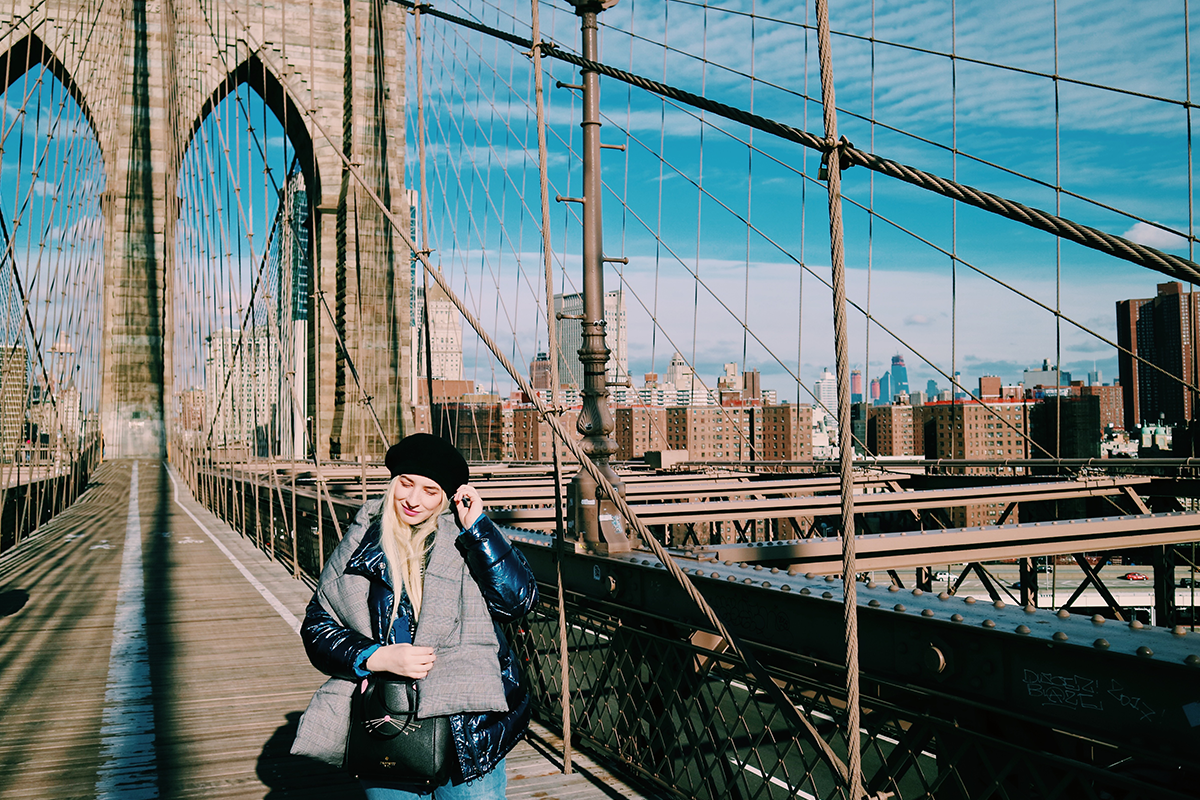