Let’s be honest here guys, writing a blog from your cat’s perspective is PRETTY weird but plz, bear with. I came up with the idea the other day when I realised Pumpkin honestly makes my posts so much better, so why not let her do a little blog takeover?! Hehe. Here’s what I’d imagine she had to say about her favourite parts of her first ever Halloween. 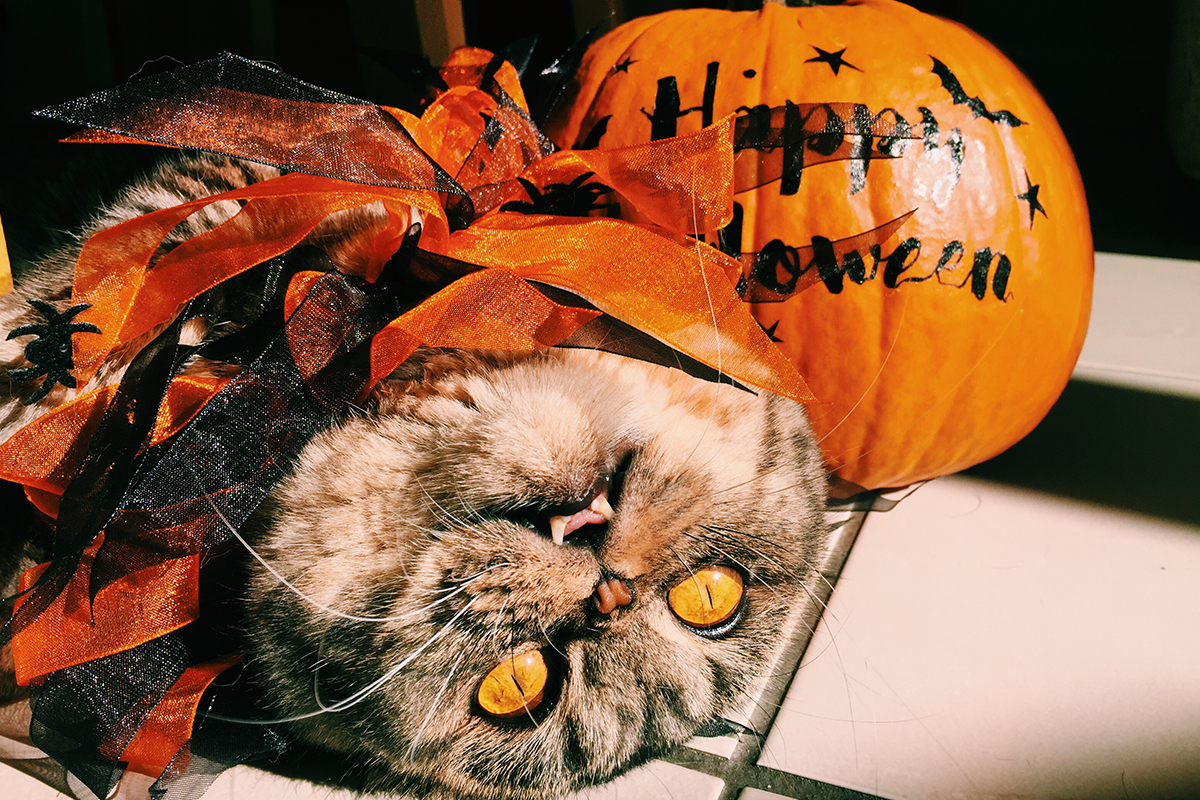 “When Maria first suggested this collab, tbh I meowed in her face. But let’s face it, after posing next to pumpkins wearing a number of inane ‘spooky’ costumes, this one seemed fairly straight forward- and she said she’d leave me alone after this so…”

“I’ve been tasked with talking to you guys about my favourite parts of Halloween- even though this one is my first with her, I’m already loving it and here’s why.” 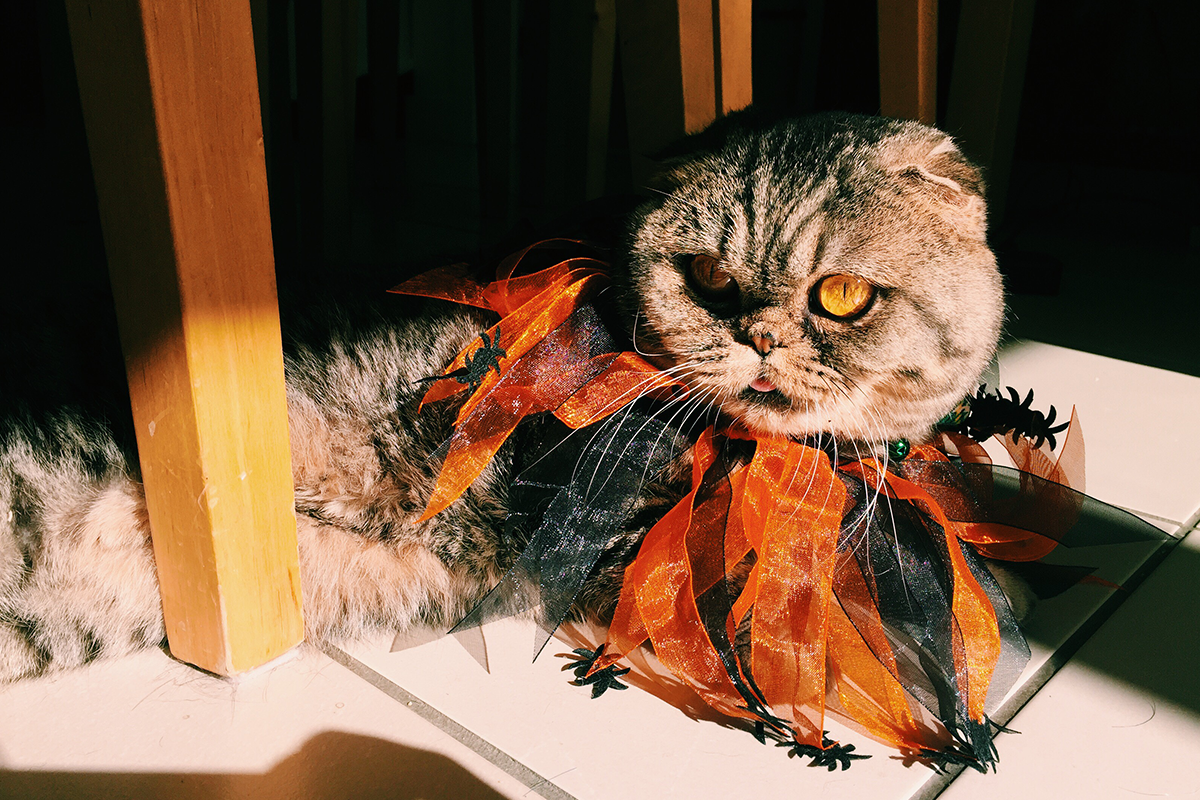 Packaging
“Does it crunch and crackle, is it colourful? And are there any small boxes I can fit into?? Count me in. I. LOVE. PACKAGING. Soft, comfy surfaces are pretty dull, but give me some crumpled tissue to lay around on any day. I literally dive for the crepe paper as it’s being cut into shapes ready to hang around the house for Halloween. Also, anyone else feel me when it comes to paper decorations in general? I mean, when it’s all laid out on the floor ready to go on the walls, why not walk across all of it and see if it’s good enough to sit on?” 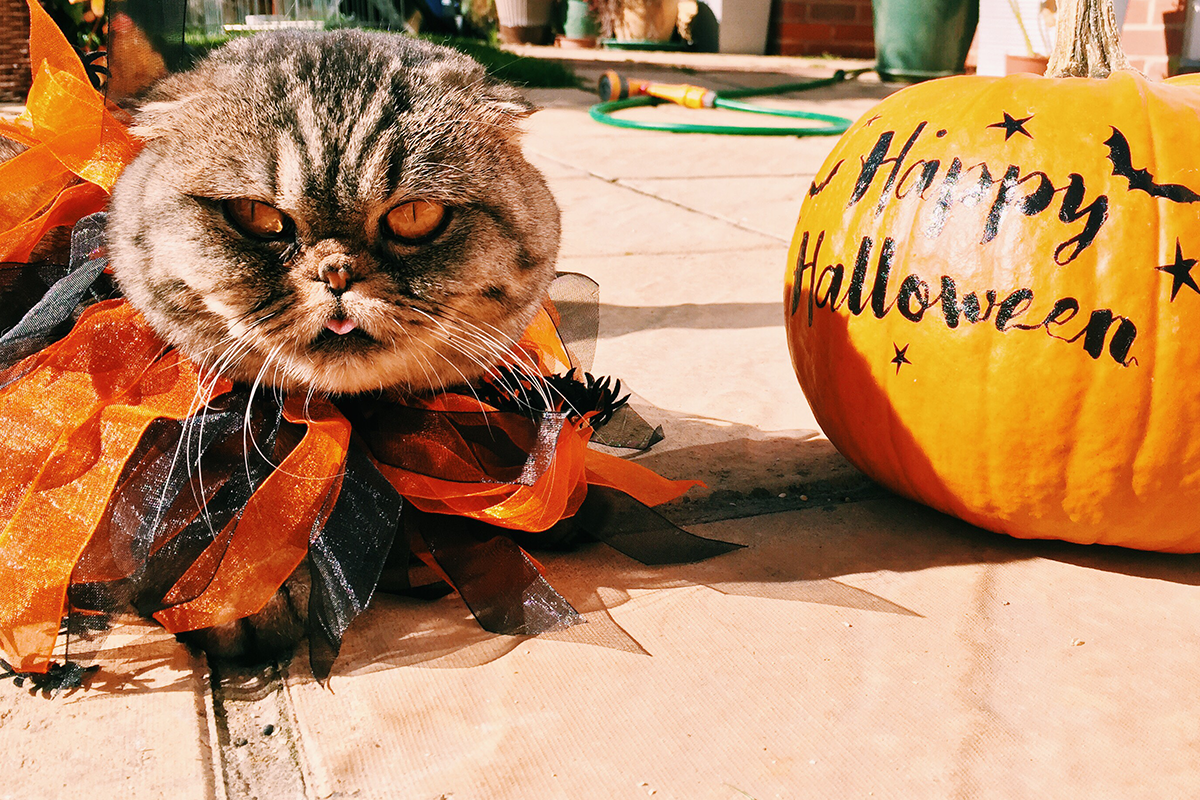 General New Experiences
“There’s basically nothing I love more than finding something new to sniff. I’m a curious little one, and my nose is so diddy but I’m fixated by new things and new smells. From interesting-looking decorations (that are also climbable FYI) to finger food I can potentially nab, I’m loving my first Halloween!” 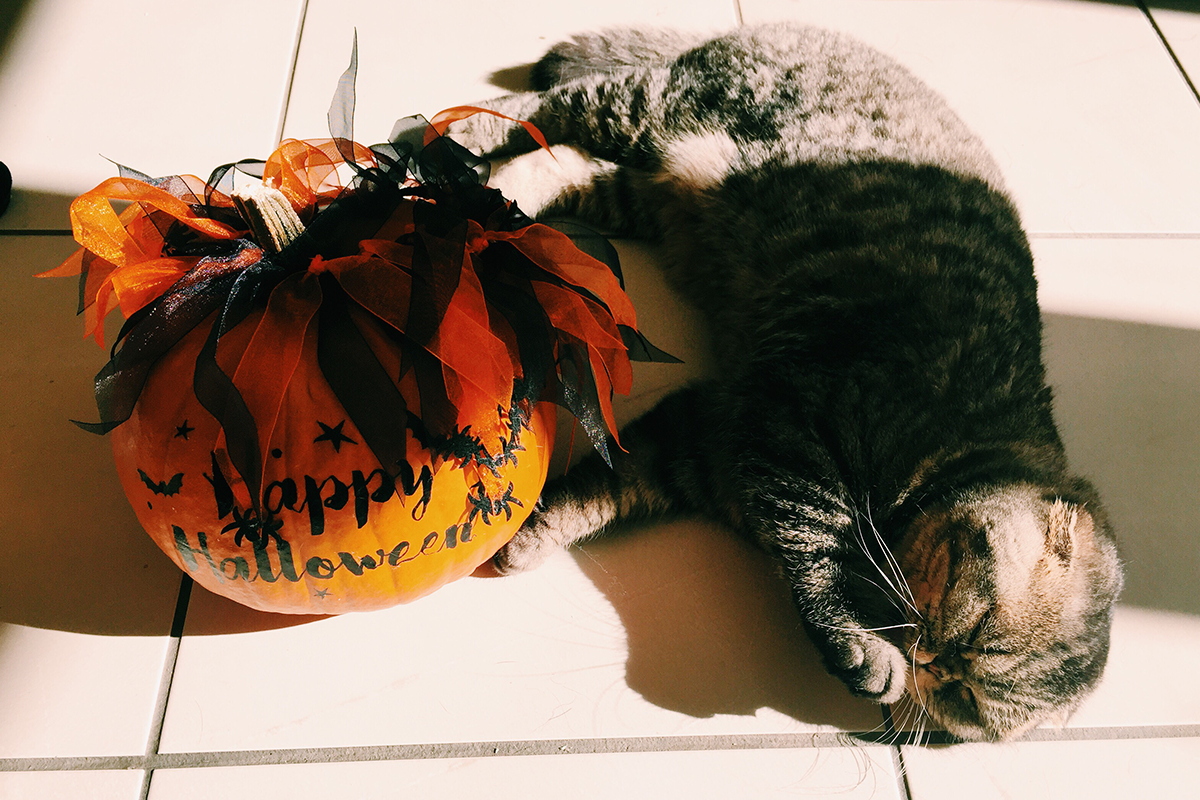 Lights
“Two words: fairy lights. Super snazzy colours all attached to a long thread… what’s not to love? And the best thing? They’re so good to play with when they’re being trailed along the floor! What better way to help Maria put them up, than by chasing the tail end as it’s being secured?”

Attention
“So decorations and lights mean a party right? And it’s Maria’s birthday on 26th (which she won’t let me forget…) so that totally means they’ll be people round. More cuddles, yes please!” 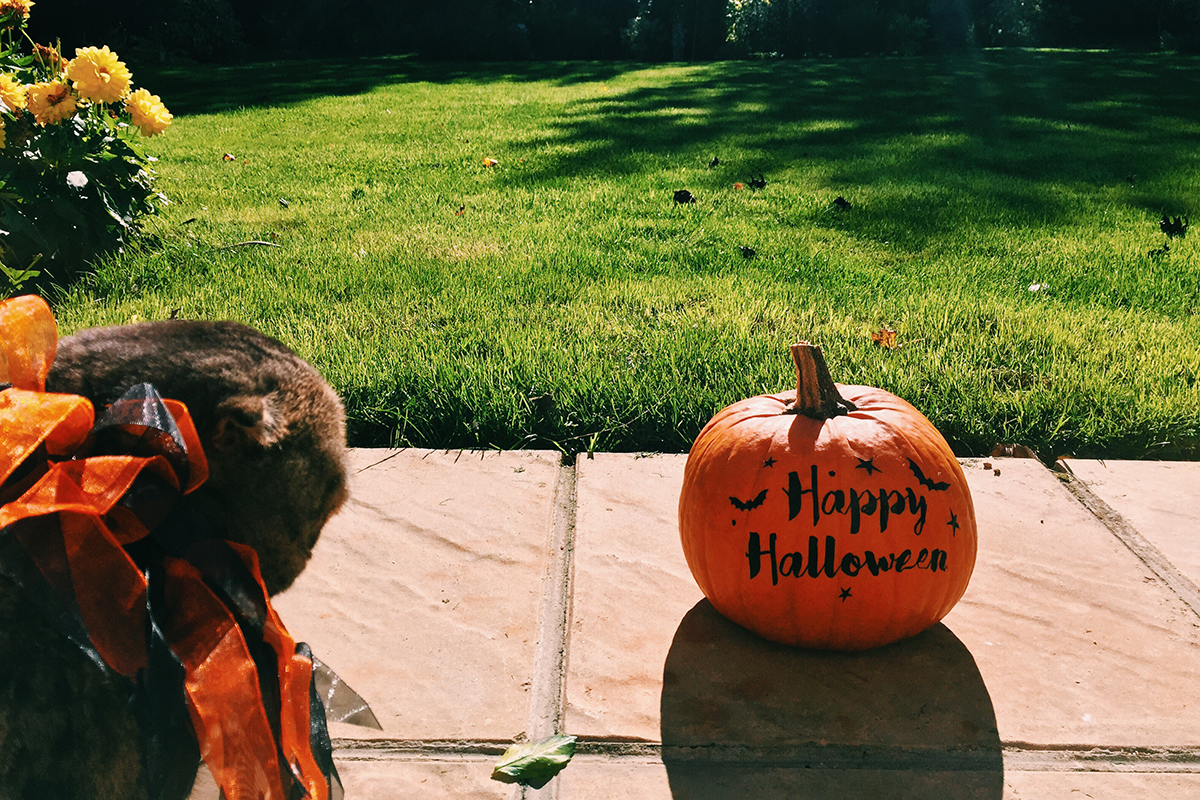 Treats
“Halloween= the most wonderful time of the year which also equals Maria being extra nice and thinking I’m extra cute and giving me treats basically… comprende? It’s just the perfect time to receive those extra morsels. I love it!”

The Only Thing I Didn’t Like?
“I’m not going to lie, when I found out I was named after a large orange vegetable, I was a little baffled. What was it about me that made my owners think I actually looked like a pumpkin? Idk man.”