Whenever I’m travelling somewhere new, the first thing I do once I’ve booked is read travel guides and I’m not going to lie, I often find travel blogger’s perspectives on places a lot more useful than larger sites . I’ve been to Amsterdam five times now and I have to say, I’ve ticked off a lot of bits that are on the ‘best things to do’ lists. I thought I would share with you my opinion on the best things to do, and the places/things to avoid on your stay! 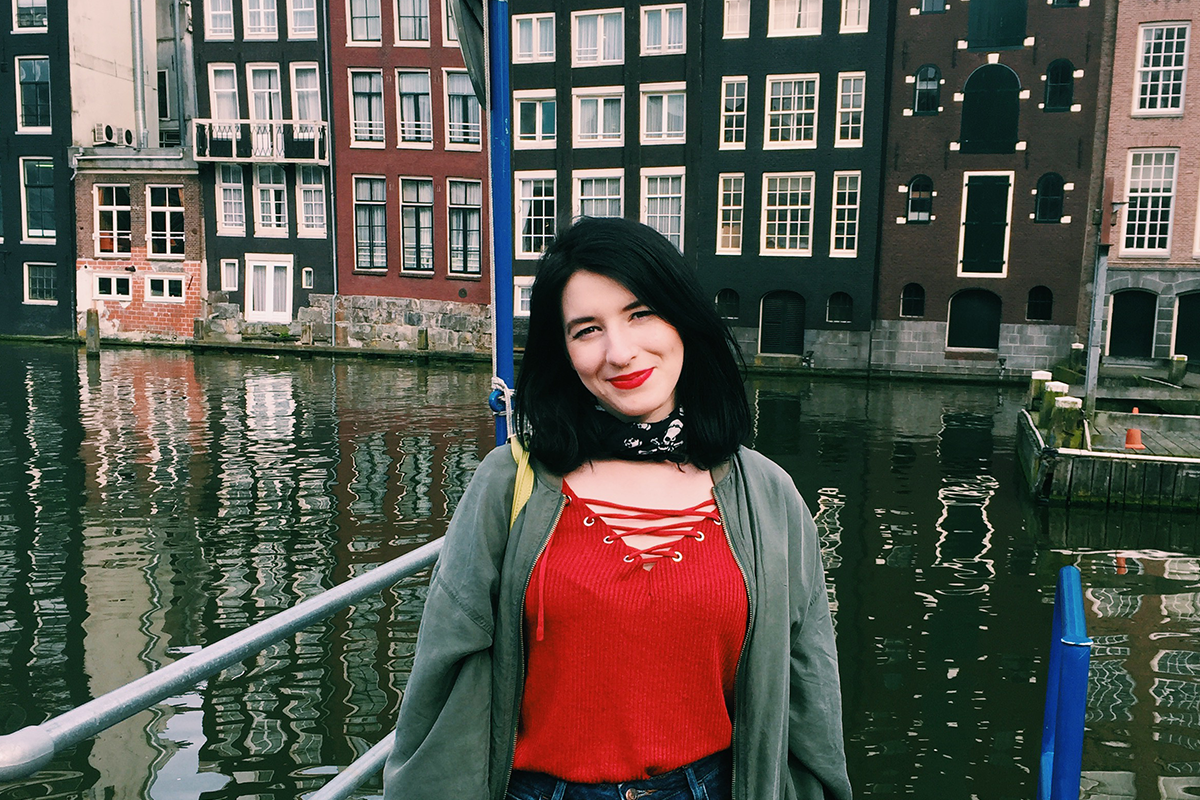 BEST THINGS TO DO

Museum Vrolik
If you like the cool and the creepy, head to Museum Vrolik. Famed for it’s oddities and deformities, I originally found the small museum on a site about quirky things to do in the Dutch city. Oddly, this little exhibit is within a medical school but it’s completely free and omg SO fascinating. An anatomical collection dedicated to mutations of the human form, it’s not for the faint of heart but a completely unique experience! 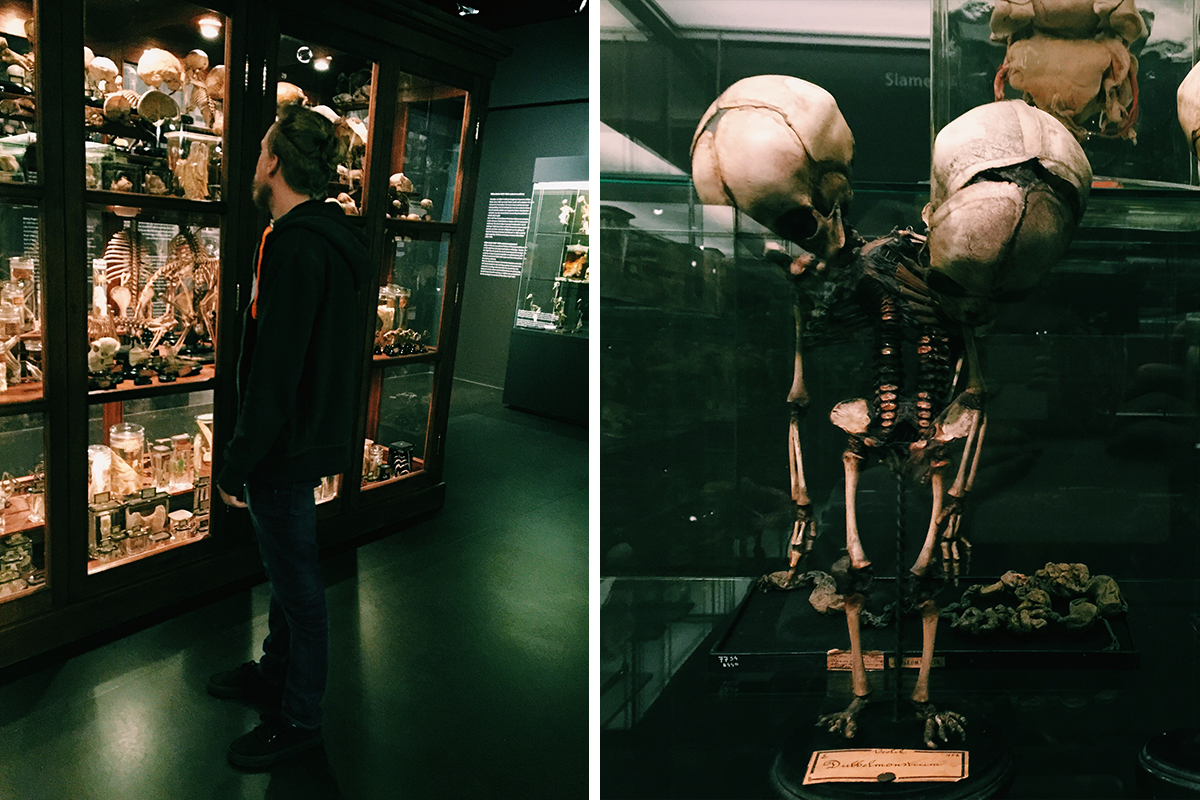 Where you can find it: J0-130, Meibergdreef 15, 1105 AZ Amsterdam-Zuidoost, Netherlands
Nearest to: Holendrect Metro station

The Nine Streets
Love shopping and looking to take home something unique? Try the Nine Streets, or ‘De 9 Straatjes’. Surrounded by canals are quaint shops filled with all manner of things and the best part? It’s all ridiculously Instagrammable (because that’s your priority, obvs).
Where you can find it: Amsterdam Centrum
Nearest to: Take the 13, 14 or 17 Tram to Westermarkt

Bodyworlds
Swap out traditional museums in favour of a scientific wonder- Bodyworlds! An interactive exhibition that shows you what the inside of our bodies look like- and you guessed it, it’s all real… 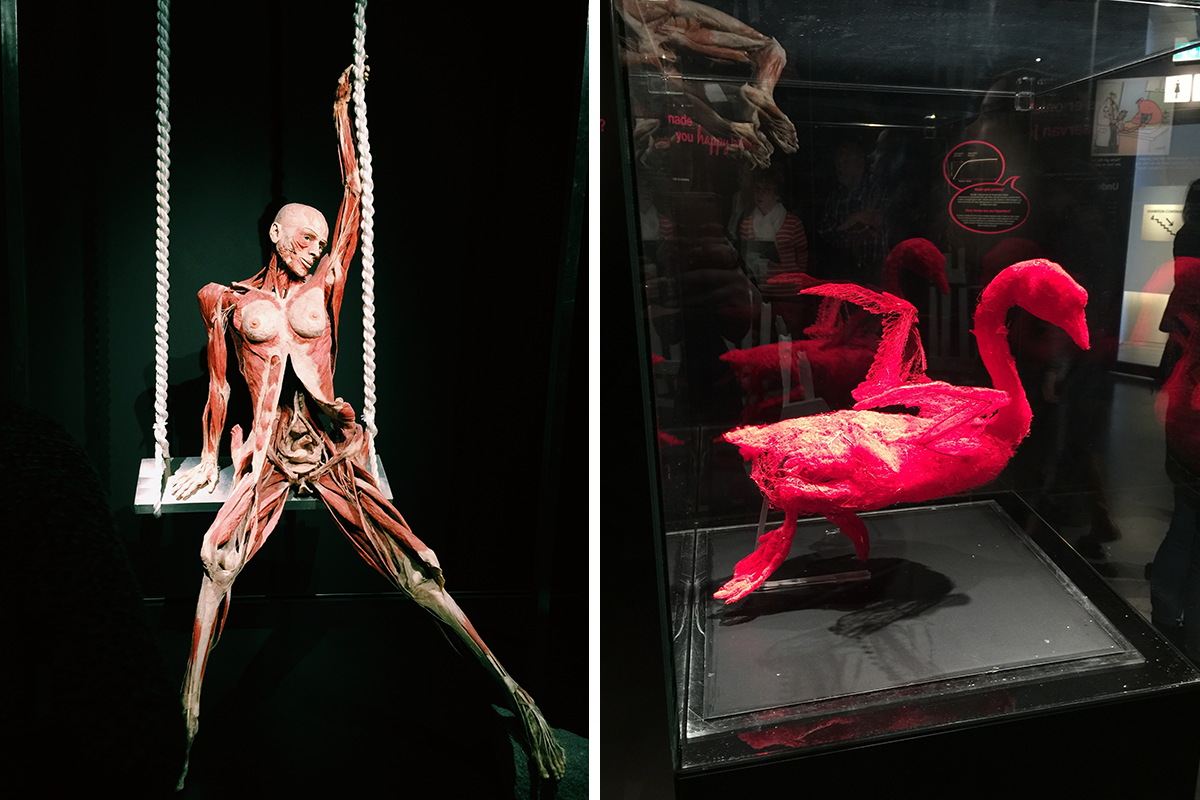 It’s more preferable to NEMO Science Museum which is often very busy and more suited to younger children, and it’s also a little far out if you’re just looking to visit the centre of Amsterdam.

Museumplein
Even if you’re not a museum person, I couldn’t recommend Museumplein enough. It’s a stunning area in the Amsterdam-Zuid borough that sees 19th century buildings that houses everything from the art of Van Gogh to more modern aesthetics. 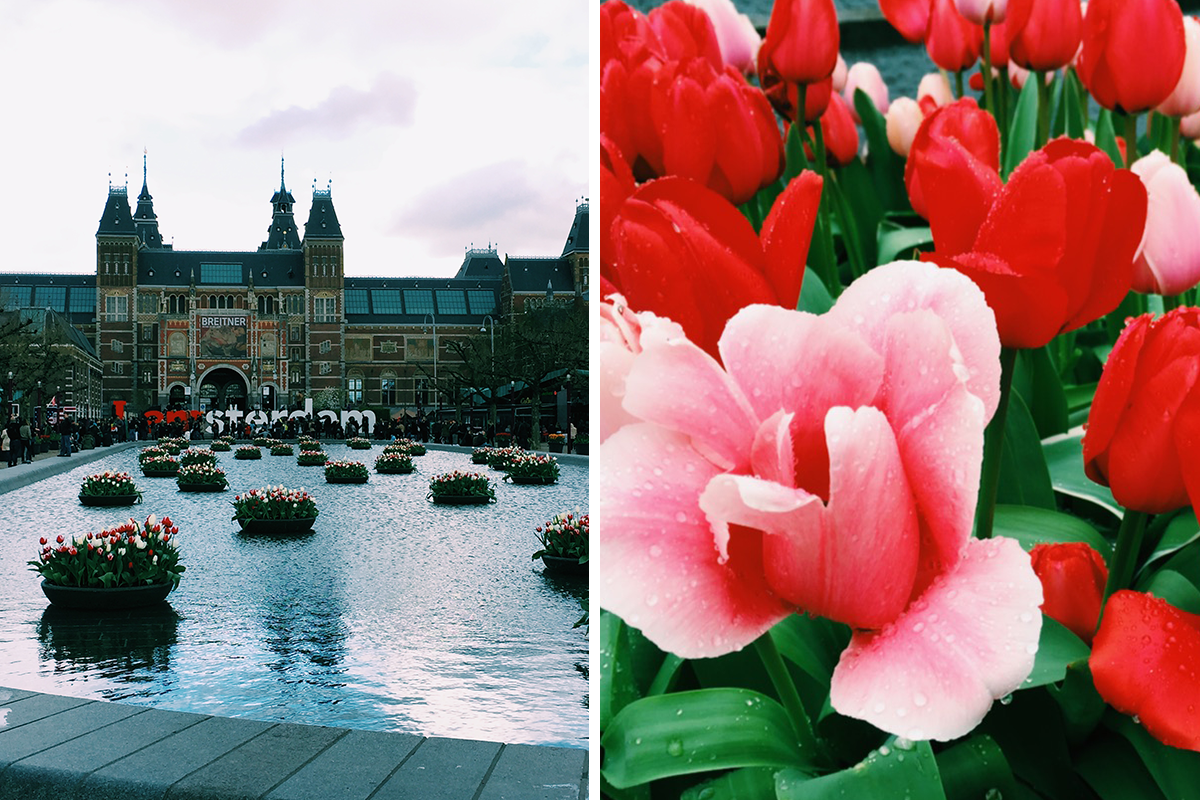 Zaanse Schans
If you have a lot of time in Amsterdam, considering venturing out of the city for the day- one of my favourite places is Zaanse Schans. A cute neighbourhood in Zaandam, the area preserves it’s 18th and 19th century heritage with traditional windmills and beautiful surroundings. 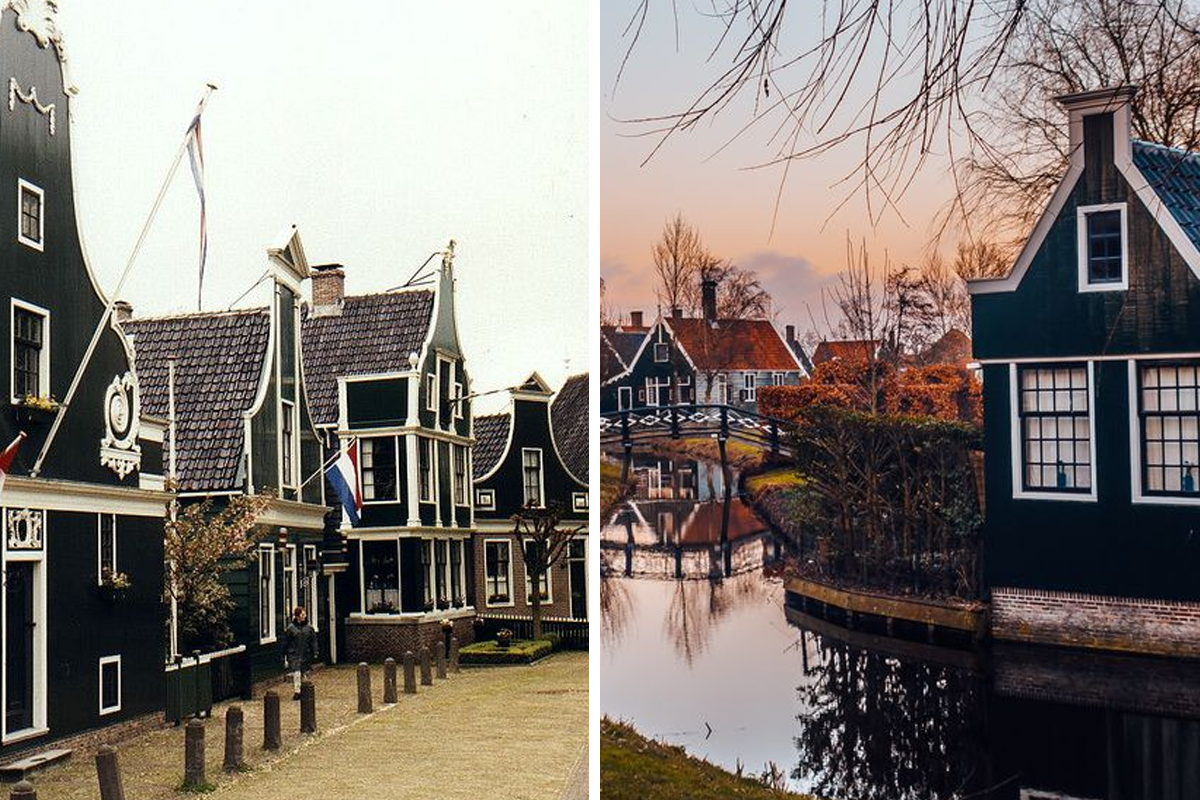 Step into the cheese factory and sample endless tasty flavours, visit the bakery museum, head inside the windmills and also paint your own clogs- all interactively experienced with staff in authentic 19th century attire. This is also the perfect place to go for a boat ride or hire a bike and saunter around the village, taking in everything there is to offer.

Kattenkabinet
One thing there isn’t a shortage of in Amsterdam is museums. There’s hundreds. I’m always on the lookout for the quirky ones and that’s where I stumbled upon Kattenkabinet, an art museum completely dedicated to feline works. From Pablo Piccasso to Rembrandt, the glorious building is covered with paintings of cats!

Where you can find it: Herengracht 497, 1017 BT Amsterdam, Netherlands
Nearest to: Tram lines 1,2 and 5- stop Keizersgracht

The Sex Museum
Due to the fact that it’s really such a touristy thing to go to, I hadn’t been to the Sex Museum until the last time I visited (last May) and I kind of loved it! Okay so there are MANY weird phallic symbols and some rather dodgy animatronics going on, but I found the old Victorian photography really interesting and was a fan of the building itself- it’s worth a visit IMO.

Where to Eat and Drink
A majority of people want to try the local delicacies when they visit a new place, and I’m not going to lie, Amsterdam and The Netherlands in general has some of my favourite foods! When you’re there, you must try:

Top tip from a local: if you love sushi, head to Ku on Utrechtsestraat, you won’t be disappointed!

WORST THINGS TO DO

Hiring a Bike
I’ve seen a number of tourist websites recommend hiring a bike to take in the city and although it’s a quaint idea, I’m not sure it’s best for everyone. Although bicycles come top in the hierarchy of transportation vehicles (and they do have their own dedicated lanes) I don’t think it’s the romanticised experience y’all think it is. Bikes are ridden at high speeds around the city, so if you’re looking to hire one, it’s best enjoyed on the outskirts of the city- perhaps take a day trip to one of the surrounding towns where the pace is a little slower. 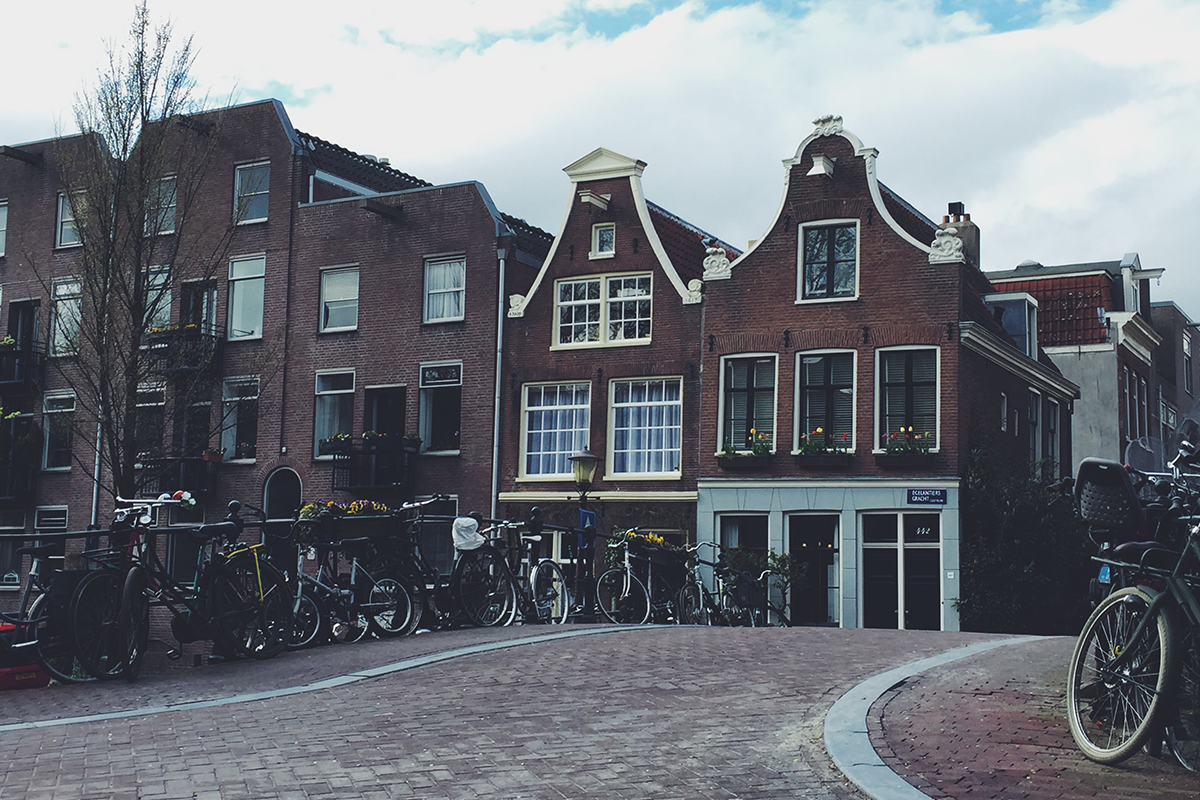 Anne Frank’s House
I can’t really believe I’m putting this as one of the worst places, but bear with me here. Many say Anne Frank’s House is essential when you’re visiting Amsterdam but it’s honestly the most busy location in the city. Queues around the corner daily and no guaranteed entry, if you’re determined to visit I would think about booking tickets in advance.

Electric Ladyland
Another location I found on a website of unique places to visit, I was intrigued by this art installation underground. I visited with a friend last year and have to say it was hands down the weirdest/scariest experience! Obviously I’m just going off my personal time there, but I wouldn’t recommend this to anyone. Hailed as a museum for fluorescent art (and with fab reviews on Trip Advisor- which I’ve since learnt not to trust!) I headed down some narrow stairs inside a small artist’s shop to find the TINY display which was very deceptive on website’s pictures. After snapping a few images, there really wasn’t much else to see and a man in the corner made my friend and I feel increasingly uncomfortable so we decided to assent the stairs. As we did, the man (we found out was the owner) shouted and swore at us for not appreciating the art! 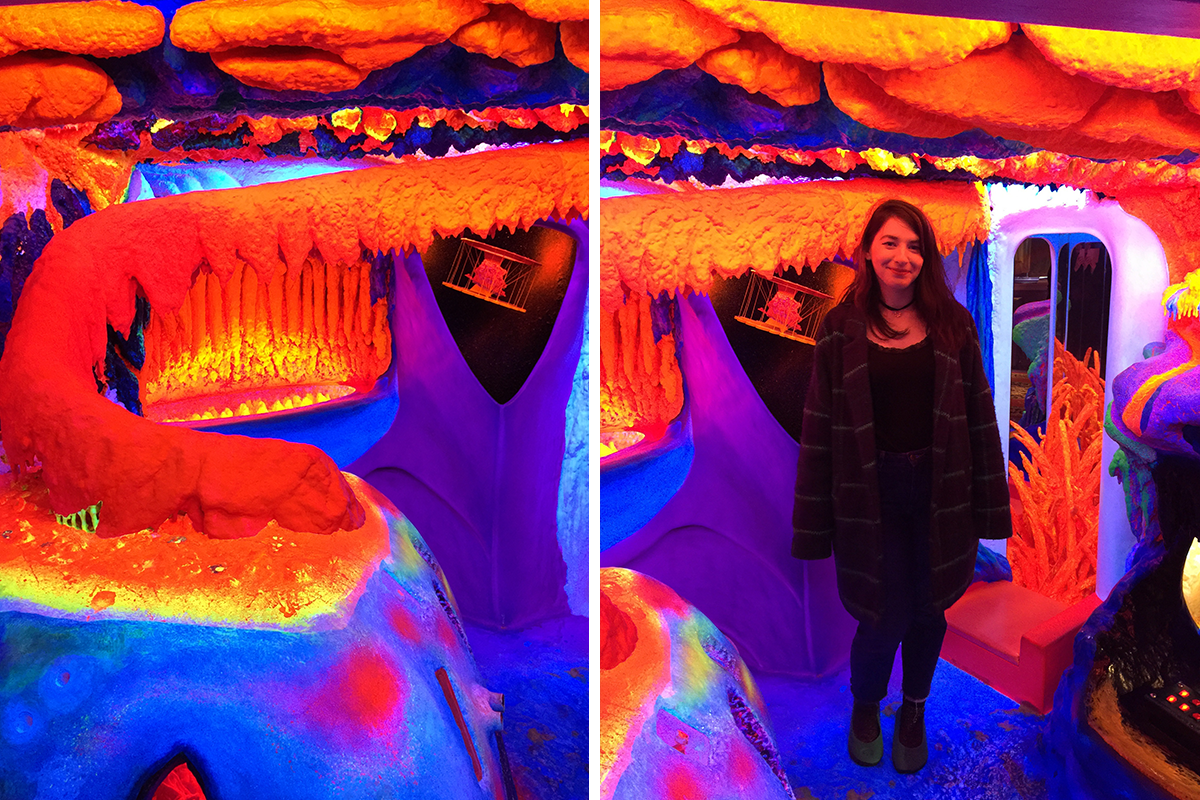 LOOK HOW SCARED I AM

If you don’t believe me, check out his impatient responses to reviews of his exhibition on Trip Advisor, it’s shocking.

The Red Light District
I mean guys, we’re all adults now, aren’t we? Don’t get me wrong, I’ve visited the Red Light District 3 of the 5 times I’ve been to Amsterdam but I don’t think I would ever recommend it to people for their first visit. I mean, it is what it is. Ladies in windows, glaring neon lights and plenty of ‘coffee’ shops. You won’t find anything authentically Dutch here- I would visit in passing, but it’s not the best place to spend time in. 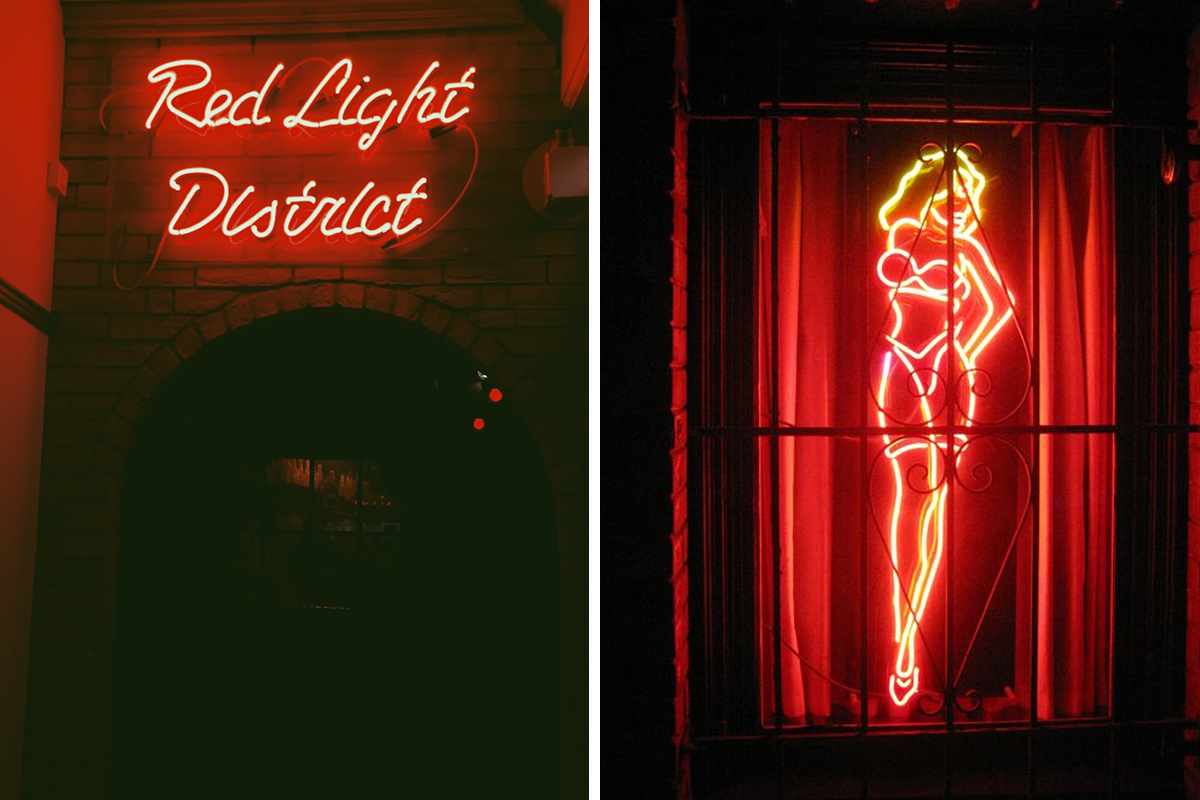 Where NOT to Eat and Drink
Largely eating in Amsterdam is decent, but the number one places to avoid? the main squares. Leidseplein, Rembrandtplein and Spui are among these. Look for quaint cafes down side streets, and also ask people who’ve just been to the city if they found anywhere nice!

Have you been to any of these places, do you agree, or perhaps disagree? Comment below!