If y’all know me, you’ll know I LOVE a good movie, and there’s nothing I favour more than a female focus in film. So I’ve made a (rather long) list of movies I’m really passionate about sharing with you, all of which are female directed. Lemme know in the comments how many you’ve watched/ not watched and if you have any recommendations.

The Love Witch (2016)
Where do I start with this one? The Love Witch is an essential watch. A retro horror/fantasy created by Anna Biller, the story of a modern day witch who seduces men with her spells may look camp at first glance, but it’s playfully nostalgic cinematography is so outrageous that it’s artistic. It’s about so much more than feminism, it has points on pornography, religion and identity too. 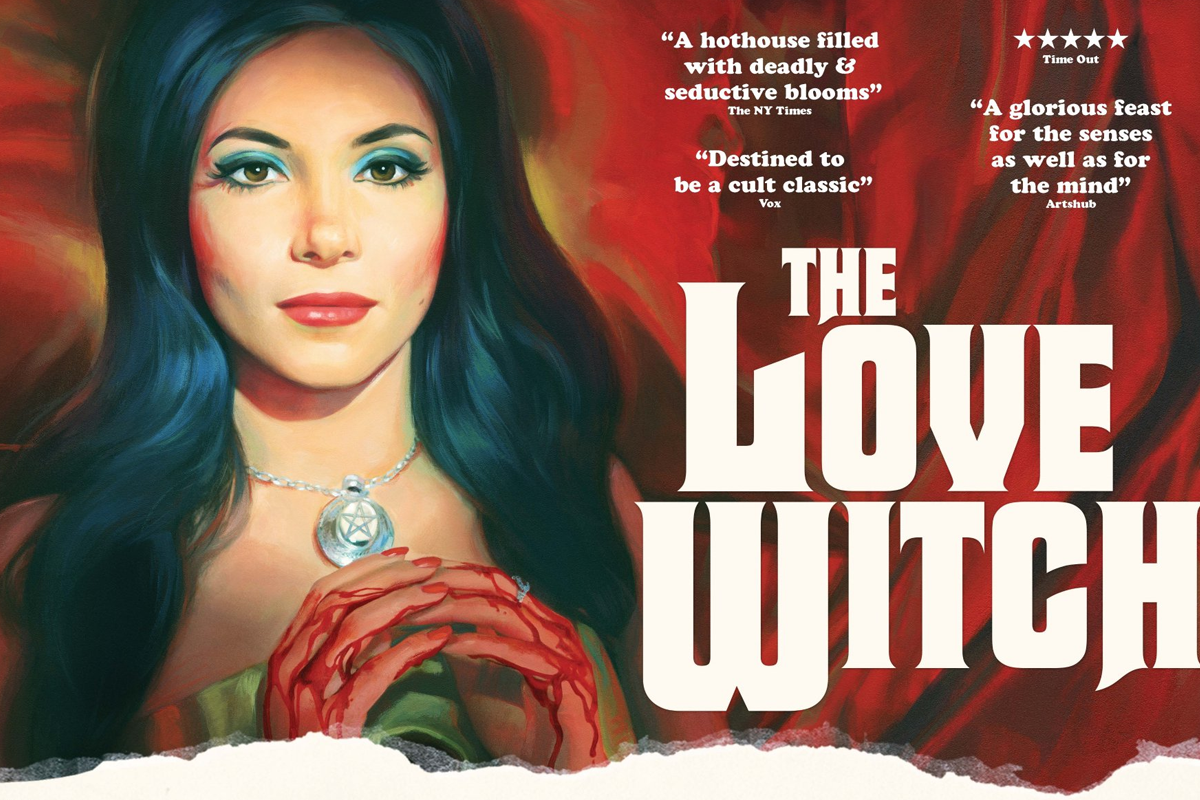 It might have been shot 60s style, but it’s themes are just as relevant if not more today. The charm of this one is that you don’t have to delve too deep if you don’t want to; witch Elaine’s aesthetics in themselves are to envy- enjoy that if you don’t enjoy anything else.

American Mary (2012)
I love me a female led horror, end of. After growing up loving the genre (and of course I still do) there was always something I felt lacking. Those 80s and 90s slashers that only saw women baring their breasts before being cut in two, or the classics that saw their screams take centre stage- no thank you. American Mary is a treat, a revertible, bloody treat. 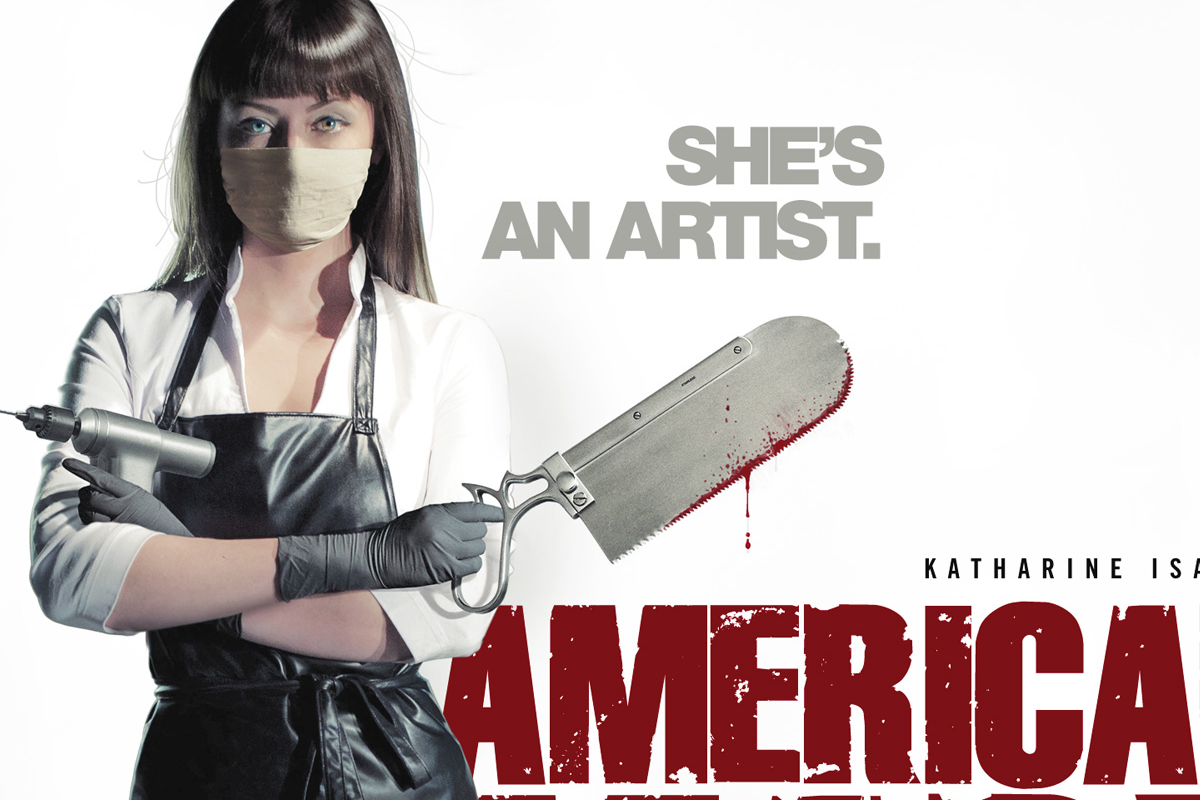 Following the life of a medical student who is lured into the world of underground surgery, the movie is directed and written by identical twins Jen and Sylvia Soska (who also appear in American Mary). Although Mary is victimised, it’s the revenge factor that I love- and that’s what has me reaching for the movie time and time again. Not to mention the fact that she’s relatable , I mean who hasn’t had university bills to pay? *wink*

Wonder Woman (2017)
Can I like, write a quick lil love letter to the absolute babe that is Patty Jenkins? Not only did she begin her career directing Monster (featured below) but she’s also directed hit TV series The Killing and one of my fave comedy shows Arrested Development. I’M OBSESSED WITH HER.

I feel like she single handedly revived people’s faith in DC movies. Wonder Woman paid tribute to the original, while seeing it through fresh and gritty eyes. I laughed, I gasped and Gal Gadot made for the most perfect depiction of a strong woman who may begin a little ignorant, but proves she’s a quick learner and a fearsome opponent. If you haven’t seen it, your eyes are in for a veritable feast.

Monster (2003)
Is it a little bit dramatic to say that Monster changed my life? Maybe. But there, I said it. The movie which put Patty Jenkins on the map and her directorial debut, the movie tells the tale of the most famous female serial killer in America, Aileen Wuornos; a Daytona prostitute-turned murderer. Led by an astounding performance from Charlize Theron (who is not only unrecognisable, but a dead ringer to Wuornos) the story is dark and disturbing and will no doubt haunt you for a period of time afterwards. 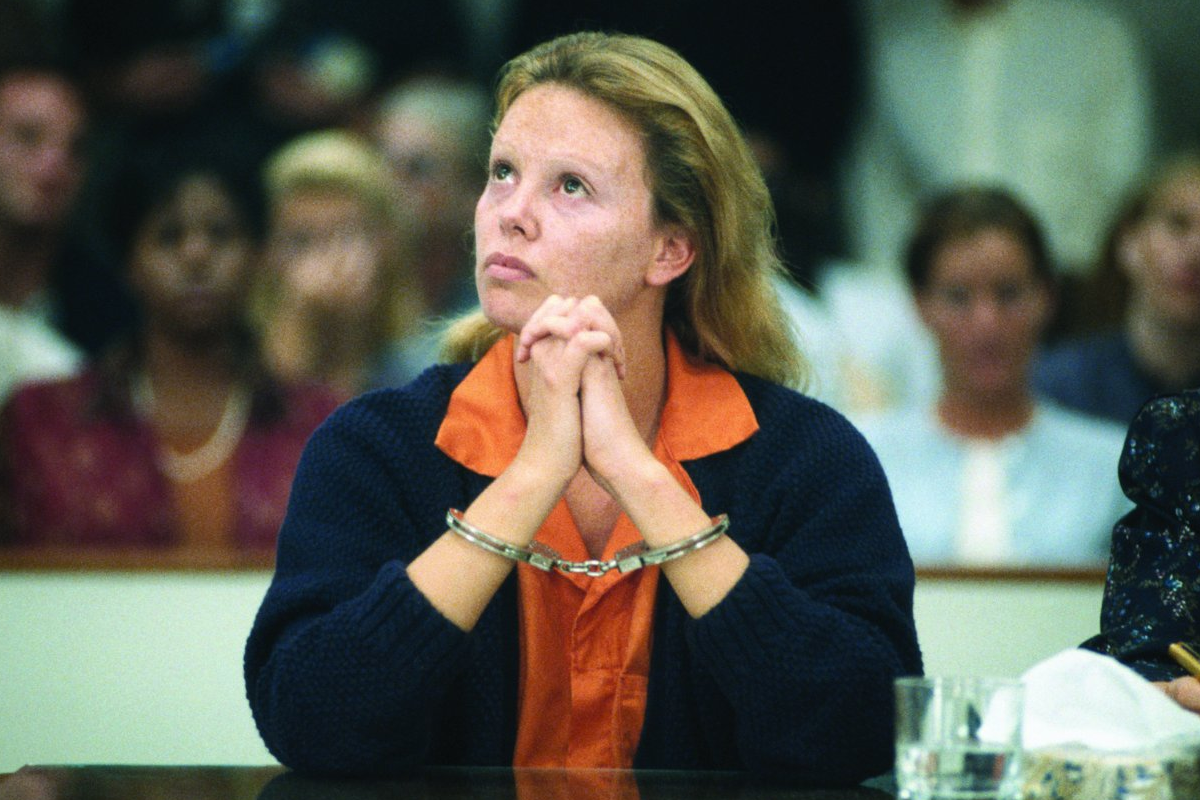 The movie interestingly tells Wuornos’ story as she depicted it, which according to the police, is a lie. Christina Ricci makes a fitting support as Selby, Wuornos’ lover and my God if you haven’t watched it- please do. I mean, the movie is Oscar-winning ffs. WATCH IT.

The Virgin Suicides (1999)
I was so late to the party when it came to The Virgin Suicides- I only got around to watching it this year! But I definitely think I appreciate it so much more than I would have as a younger person. 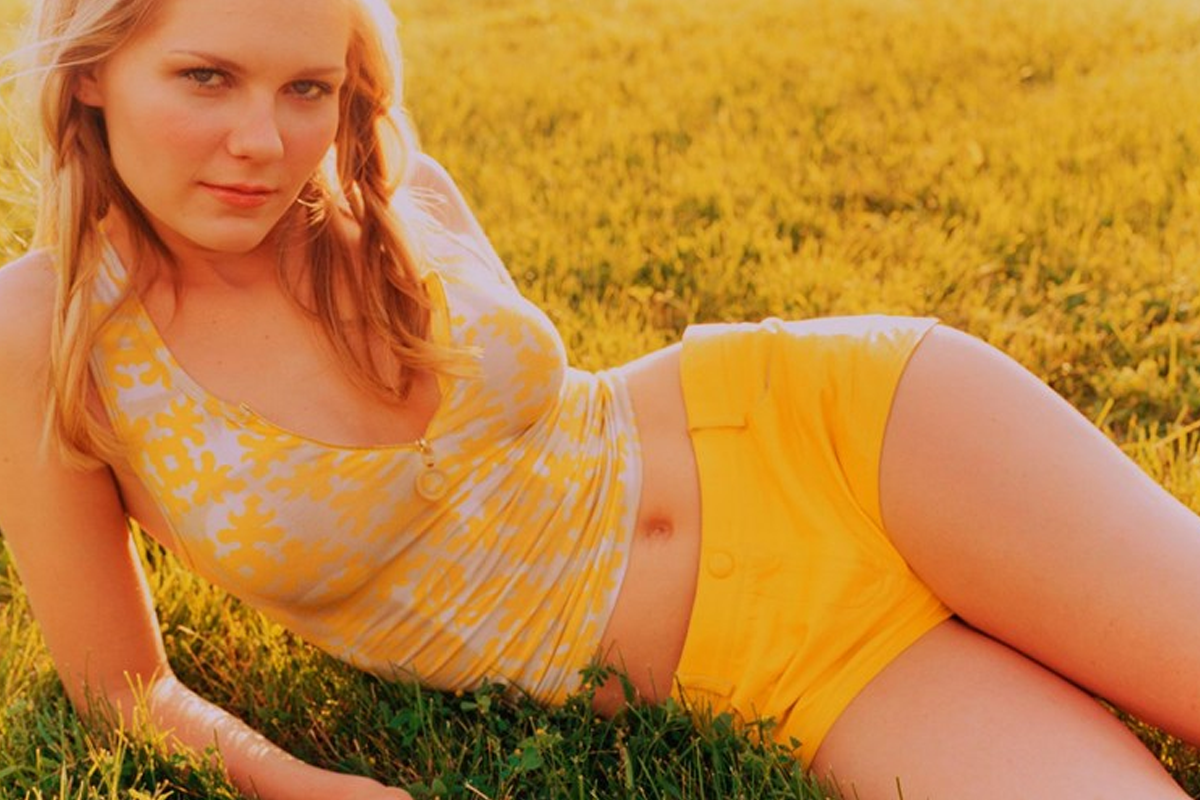 Aside from the constant coos at seeing my favourite stars looking fresh faced (hello Josh Hartnett and Kirsten Dunst), The Virgin Suicides depicts a dark tale told through rose-tinted suburban sunglasses, a Sofia Coppola creation that’s both delightful and disturbing in equal measure. What threw me most was the perspective of the movie- I loved the fact that it was told from the point of view of a group of boys who admired the fated sisters in question. 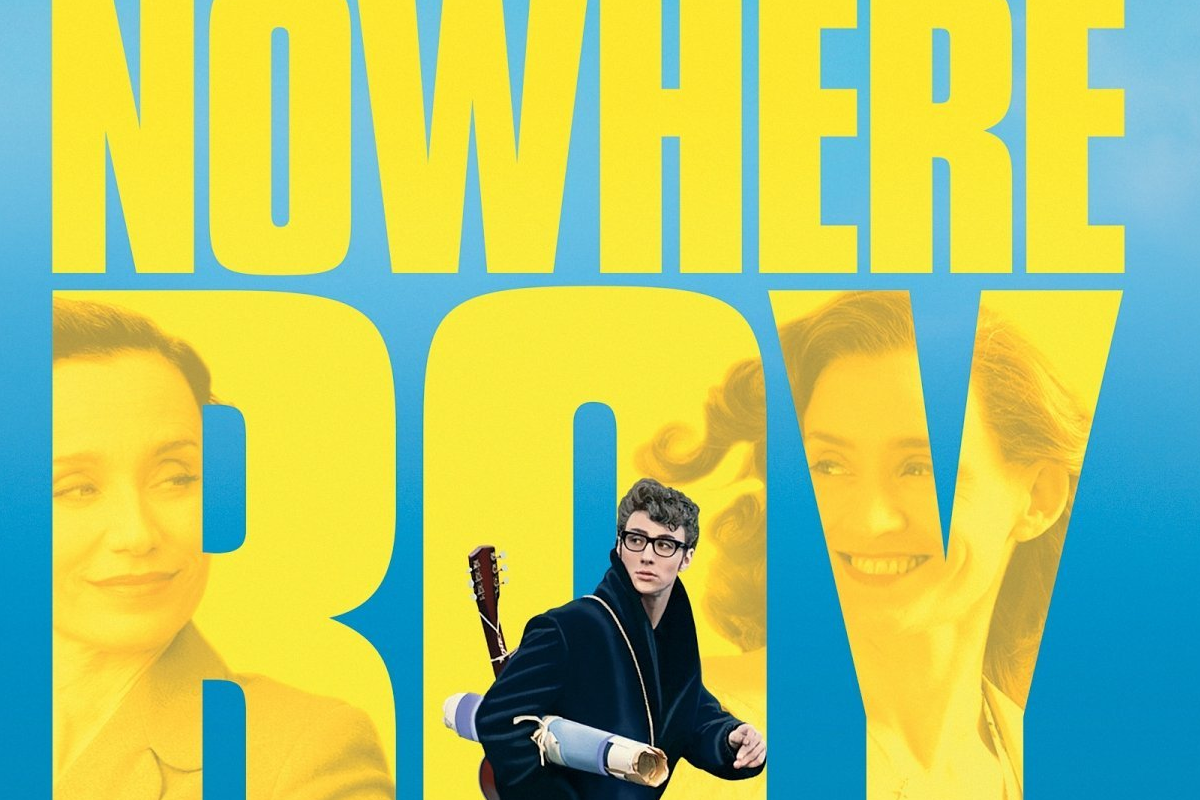 While many who knew her art were very much expecting something avant garde, I think what’s fresh and appealing about this movie is it’s simplicity – it’s dedication to stay true to traditional biopics throughout cinematic history.

Julie & Julia (2009)
I feel like sometimes I talk too much about horror movies, and I actually wanted to show you guys I like a bit of a gentle ride when it comes to films too. That’s where Julie & Julia comes in. I mean, anything with Meryl Streep gets my seal of approval, but the composition of this movie is what makes it so special. 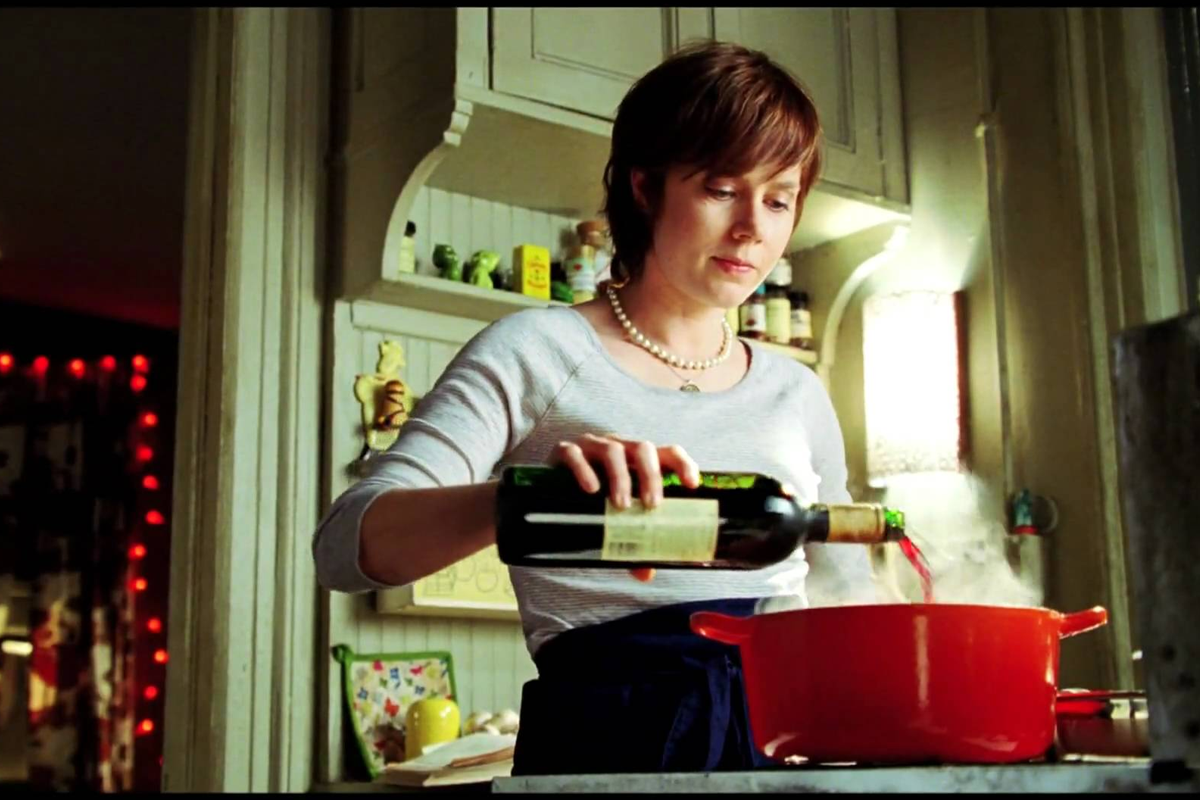 The story of a disenchanted New Yorker that sets out to make all of the recipes in the famous Julia Child’s cookbook, Julie & Julia is deliciously funny and infectiously warming. If you’re a foodie that loves the story of a connection between two strangers, this one is for you- perfectly depicted by Director Nora Ephron, the talented lady behind classics like Sleepless in Seattle and When Harry Met Sally.

The Falling (2014)
I love it when a movie is set in a time period, and really LOOKS like that time period. Picture the scene: a girls school in 1969, where mass hysteria ensues after a strange fainting outbreak rocks the school. 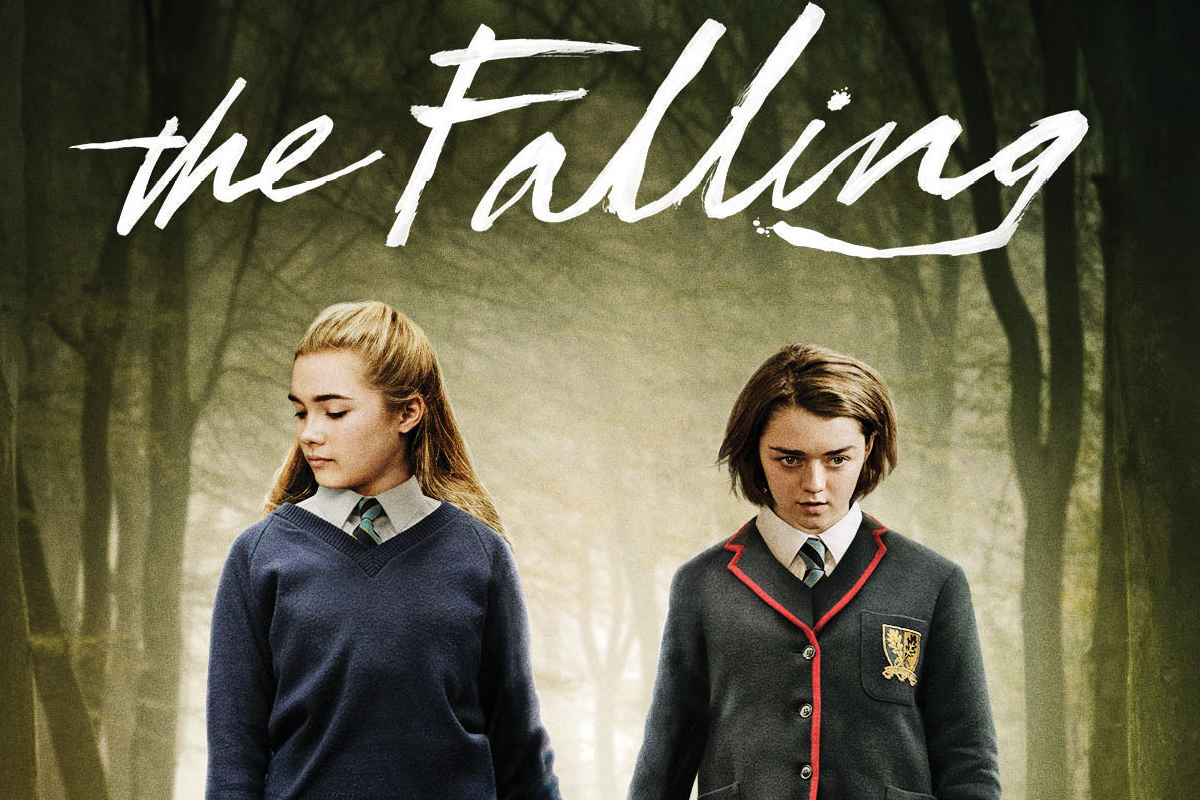 Depicted by Carol Morley, the watcher is left wondering whether the epidemic supernatural, psychogenic or perhaps something else. Fronted by Game of Thrones star Maisie Williams, the BBC film has some real appeal.

Evolution (2015)
Unsettling, sickening and eerie, Evolution left me whispering WTF repetitively. They say if you have to google, or research context from a movie then they’re doing something seriously wrong but honestly with this French flick, it’s bewildering content had me even more intrigued. If I had to explain the movie to you, I’d say it’s a coming-of-age piece like no other. 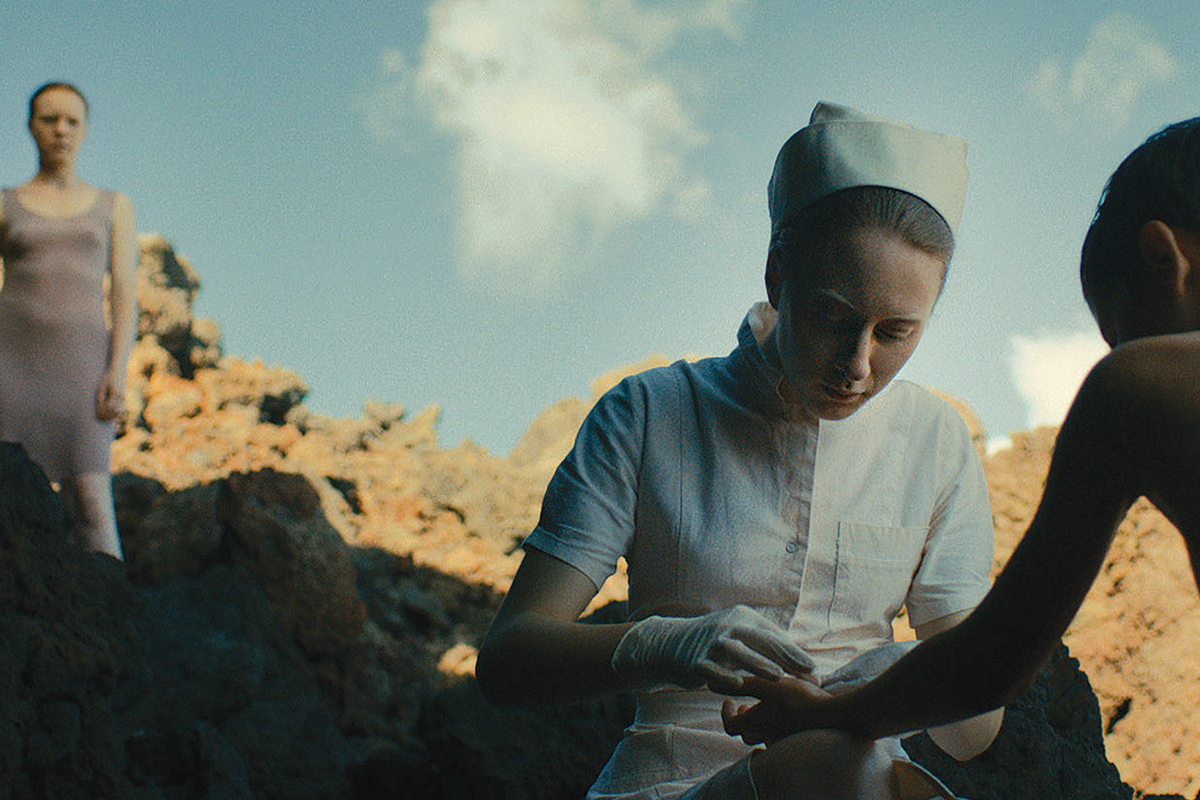 Protagonist Nicolas lives on a surreal island with his mother in which only women and boys inhabit, and he finds himself trapped between the musings of his sketchbook where he draws explicit images, and the hospital his mother sends him too that’s filled with sunken-eyed nurses. The most magical part of this movie? it’s almost all visual. Language plays such a small part in the film- watch if you dare.

Girl Asleep (2015)
Wes Anderson meets Alice in Wonderland circa 1970, Girl Asleep is a portrayal of everyone’s reluctance to grow up. I love me a coming-of-age movie and this Australian picture has bags of charm. 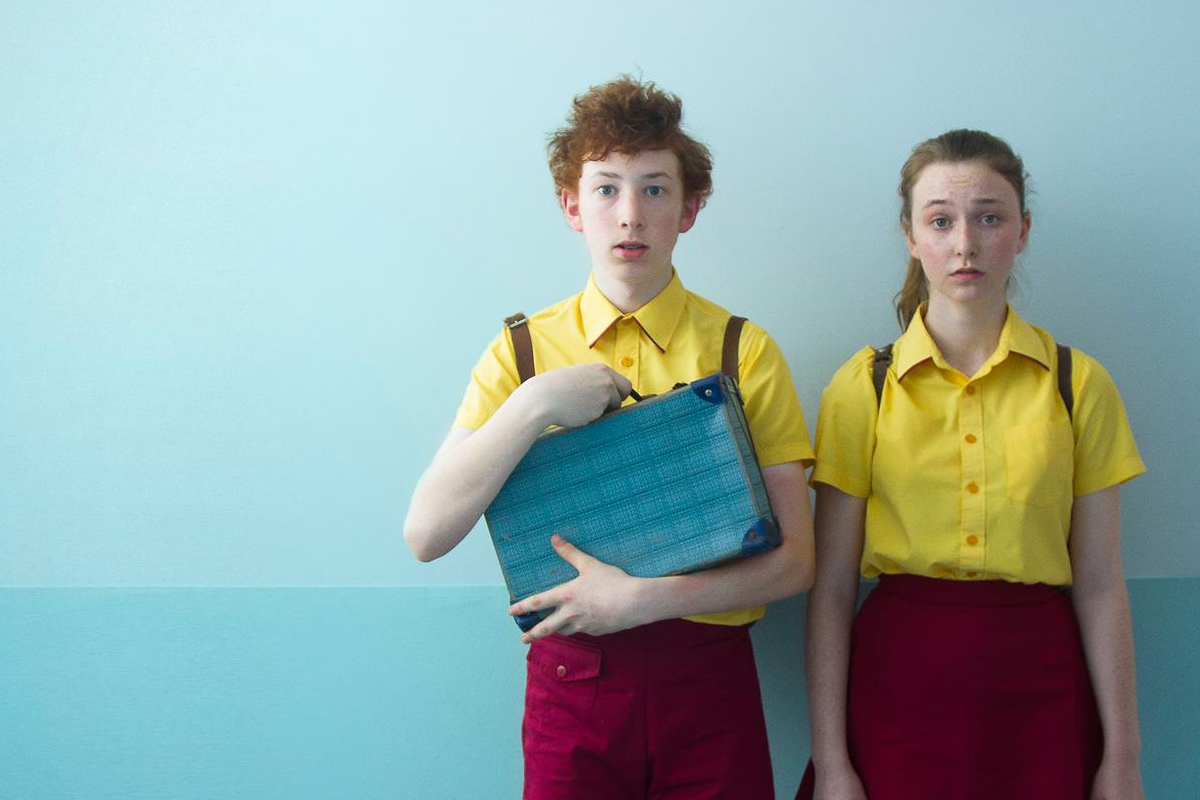 The only movie by Director Rosemary Myers, I do hope the inventiveness of Girl Asleep is translated into more in the future. I watched this one again under a week after I’d first seen it as there was so much detail to it. The black comedy and the jilted filming almost made me favour it over Wes Anderson (did I just say that??). If you love this, watch the Australian TV show Please Like Me (on Amazon)- you won’t regret it.

Brave (2012)
Of course I had to grace this list with an animated movie! I might be biased because it’s a Scottish-based movie, but honestly there’s something extra special about Brave. Maybe it’s the haunting music, maybe it’s Merida’s carrot-coloured hair, or maybe it’s those mischievous three bears, but I’m a lot more drawn to Brave in comparison with other modern Disney/Pixar creations. 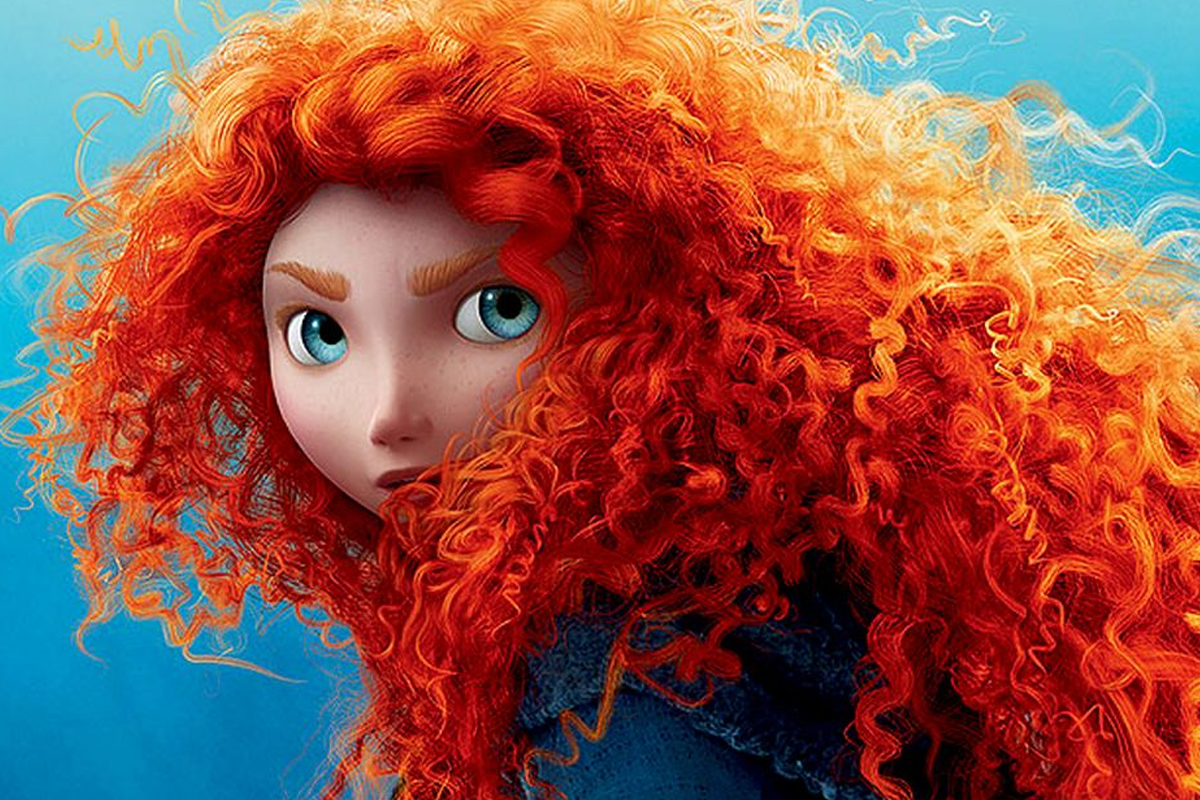 Director Brenda Chapman (The Lion King, Up, Beauty and the Beast and more) teamed up with Mark Andrews (The Incredibles) to create the picture- if you haven’t seen it yet, you simply must.

The Invitation (2015)
Love psychological thrillers? Add this to your watchlist stat. A dinner party like no other, expect deception, blood, elegance and whole load of tense moments. Telling the tale of a man who attends a dinner party as his former house invited by his ex-wife, he starts to believe she may have sinister plans for him. 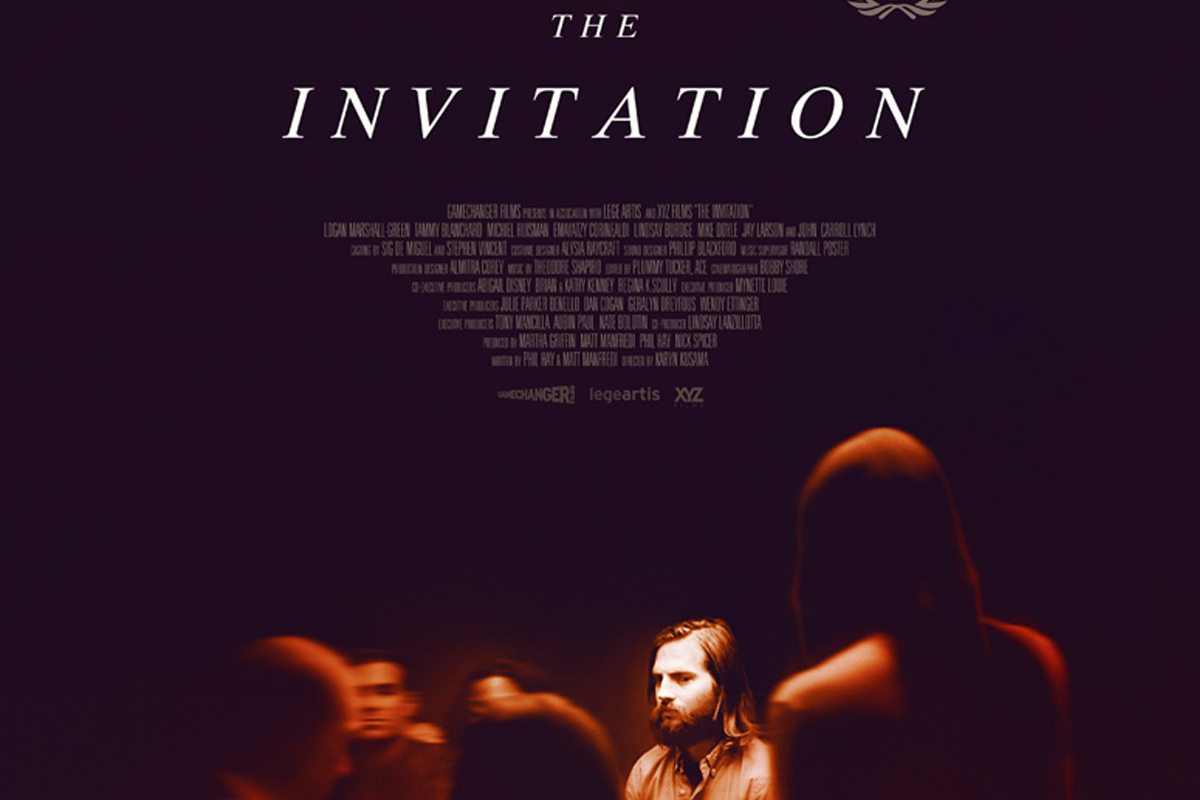 I’m trying not to give too much away as I’m desperate for you to watch- but Director Karyn Kusama does a stunning job- she’s behind some of my fave movies XX and Jennifer’s Body if you need convincing some more! You’ll never look at the Hollywood hills in the same way again.

The Babadook (2014)
For me, it’s always about what you don’t see as oppose to what you do see. The Babadook remains one of my all time favourite horrors, purely because of it’s composition and  cinematography- I’m not sure what it is about these Australian movies that I love so much, but there seems to be something magically raw about them. 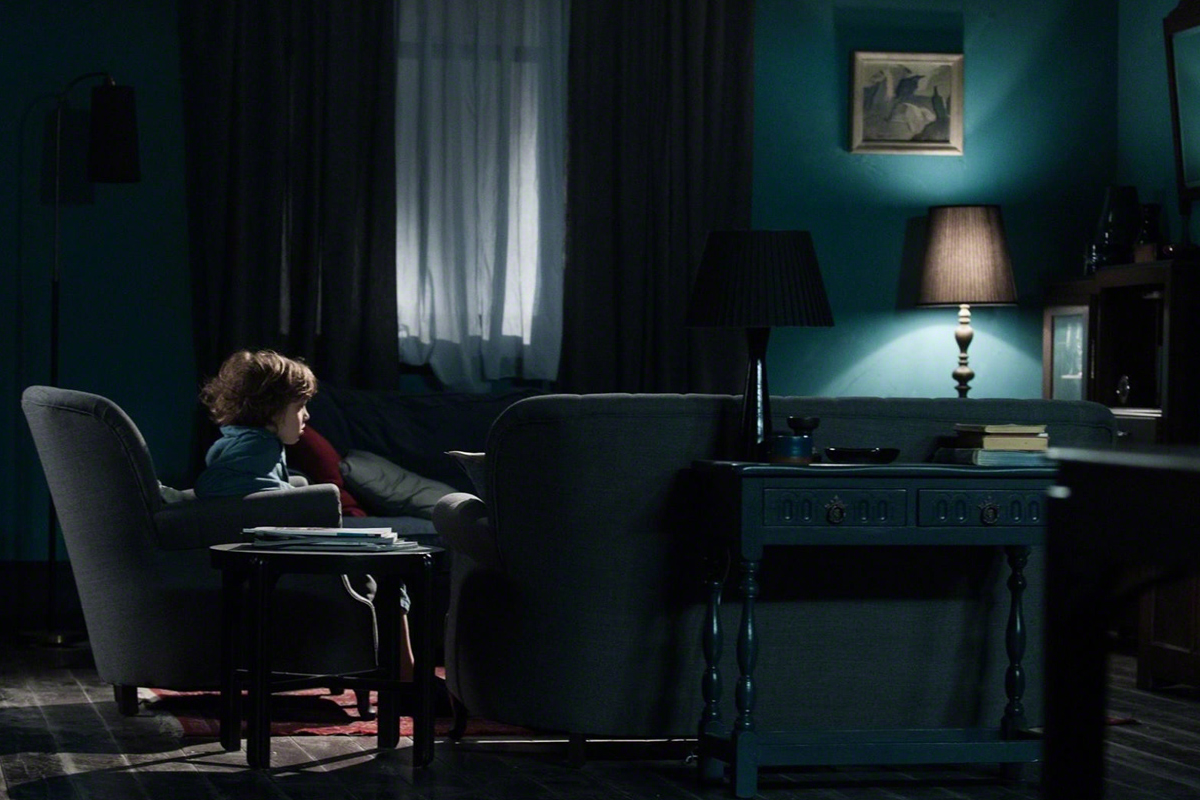 Directed by Jennifer Kent, The Babadook tells the story of a mother who finds out her young son’s stories about a monster in their house are frighteningly true. If you haven’t seen this yet, I implore you to.

Fat Girl (2001)
I very much have a weakness for French drama; there’s something endlessly charming about them and I loved the coming-of-age realness that lay in Catherine Breillat’s Fat Girl. 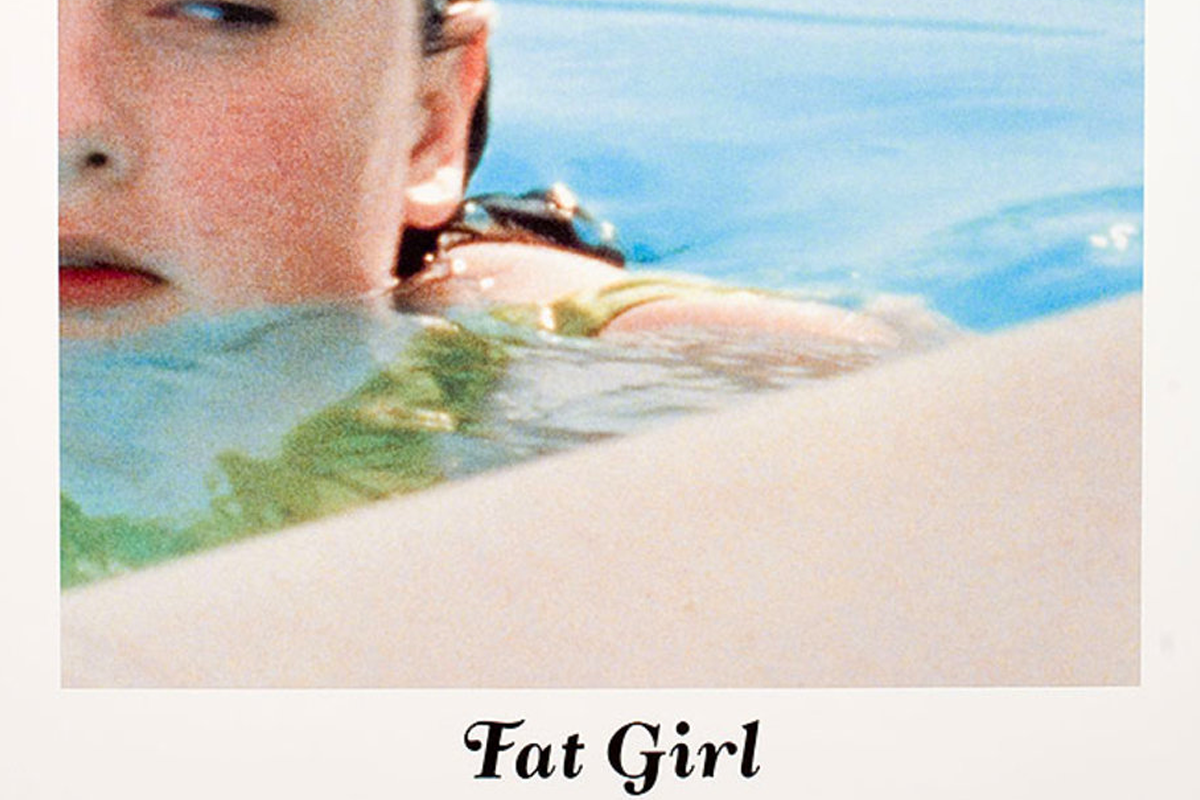 The story sees twelve year-old Anais pondering her life as she struggles with her love-hate relationship with older sister Elena. Black humour laced with sprinklings of the bizarre, Fat Girl is a must-see if you’re a fan of French pictures. 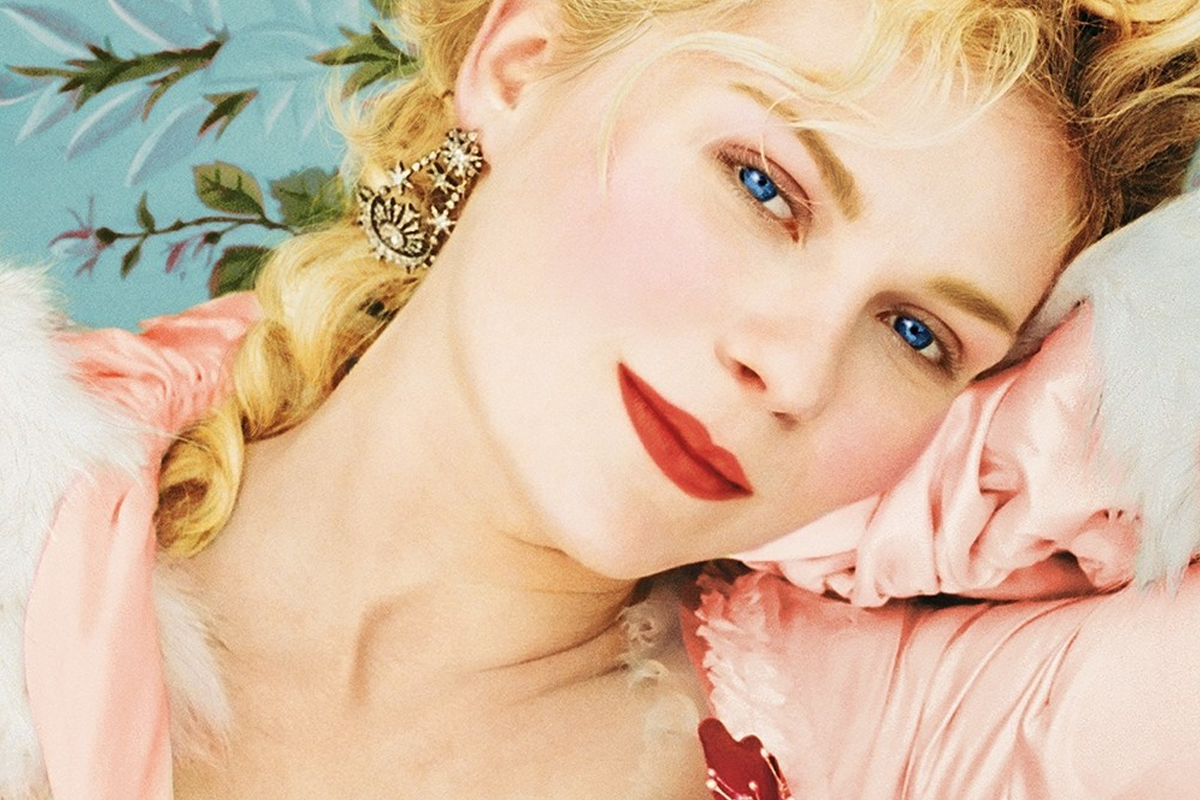 A lavish feast for the eyes, don’t expect a history lesson, but do expect a star-studded cast that brings a new perspective to the ill-fated story.

Palo Alto (2013)
Created by Sofia Coppola’s niece Gia, Palo Alto was developed from a series of short stories James Franco wrote about his experiences in the affluent city in California. If you’re a fan of doomed youth, coming-of-age flicks with sprinklings of light melodrama, this one is for you. 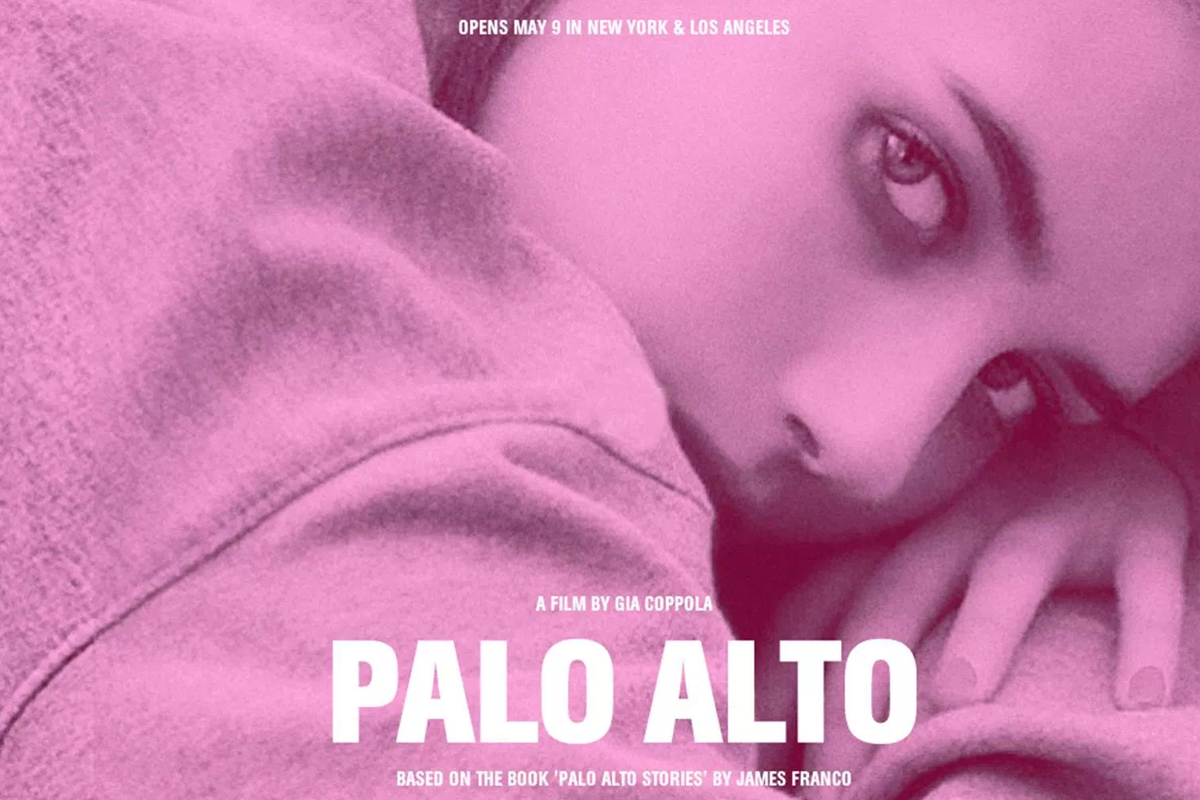 Emma Roberts leads strongly as a lost and bewildered teen, while Franco portrays a seedy soccer coach who takes a liking to her. I’m always so drawn to those wasted youth movies, and I think Coppola depicts it so well that it almost seems like you’re watching real life play out.

Sleeping Beauty (2011)
Author and Director Julia Leigh was the genius behind Sleeping Beauty, not to be confused with the classic Disney fairy tale… it’s one of those movies where the eery factor is just as heavily dosed as the beautiful aesthetics. It’s a kind of filled with those “I want to look away but I can’t” moments. 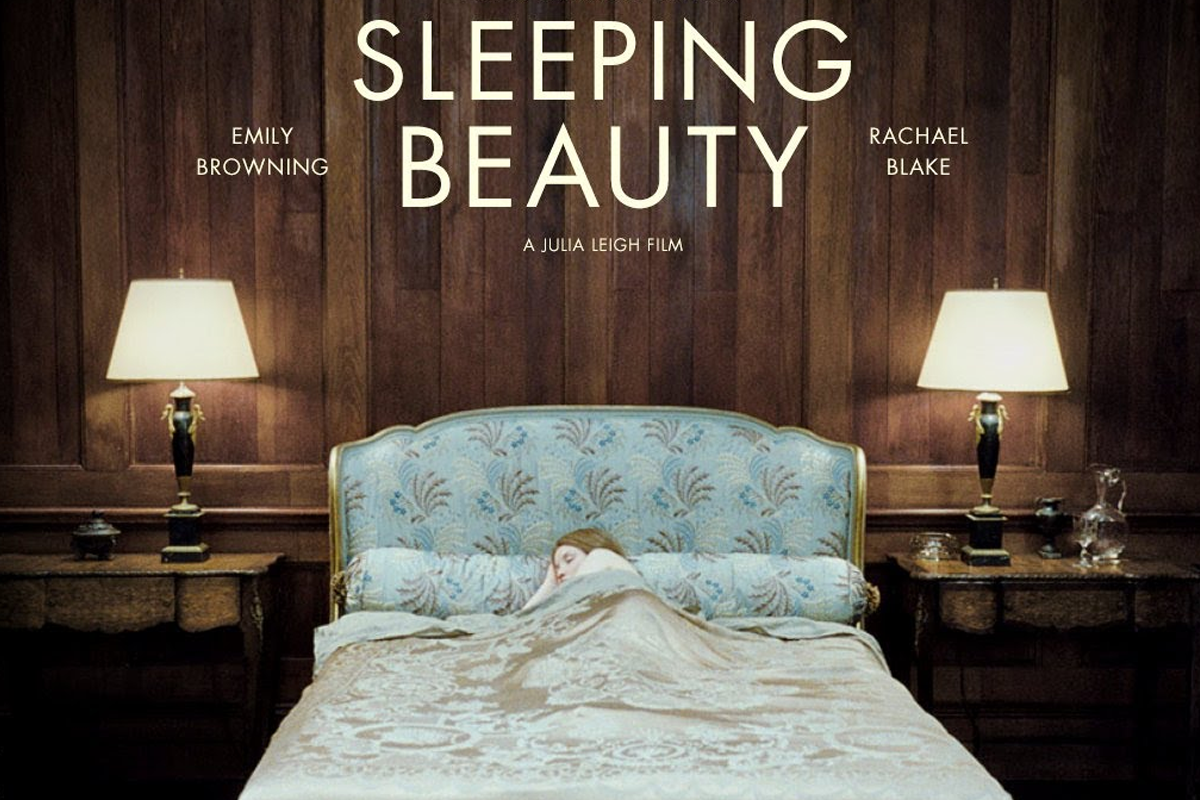 Sleeping Beauty tells the tale of a university student Lucy who tries to make money with a series of part time jobs, from bar work, to medical lab rat. Her latest discovery takes her inside the world of the wealthy, who have a fetish for quasi-necrophilia. Yes, it’s as weird as it sounds and it’s wonderful.

Have you seen these movies, or do you have any to add to the list?