Kanye West egocentric personality aside, I’m a big fan of the Yeezy seasons- the looks are simple, effortless and show the power of layering. They display the luxe quality of sportswear and even if you can’t afford his label, a touch of tonal dressing and you’ve achieved the look.

He’s had a questionable presence on social media this week but one good thing to come from it is his fittings leaks ahead of New York Fashion Week, displaying a more colourful and richly embellished season three.

What did his Twitter leaks reveal about the new season? The boots we saw in season two are making a comeback, complete with serrated soles and contrast paneling. 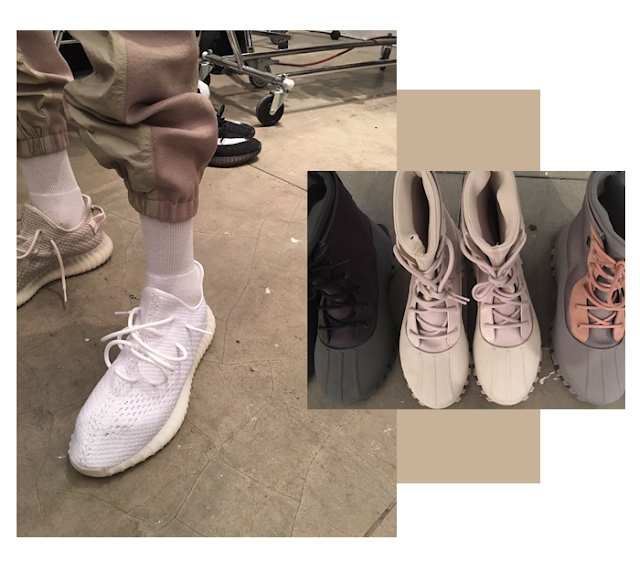 Captioned ‘wifey look’ this richly encrusted piece with holed sweater could be dedicated to his wife Kim Kardashian. Here’s to hoping the star will wear the urban/eveningwear fusion for his show tomorrow afternoon.

Rapper A$AP Rocky was tagged in a number of the shows revealing her may be involved- he was the one who took the below Polaroid of a pair of crisp white Yeezy BOOSTs- I.Need. Despite the move away from his conventional shades, the designer stays focused on a palette with a lookbook image of a model in a khaki crop and coat with maroon trousers. 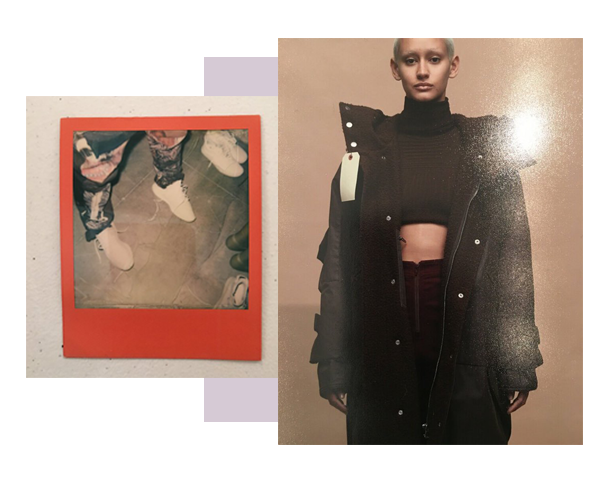 Yeezy season three will be held tomorrow at 4pm ET in Madison Square Gardens, and is said to coincide with the launch of his highly anticipated new album.