Seven days into my fright fest and you will be happy to know I am still alive!
The Best of the Rest
The Loved Ones (2009)

My ultimate dream is to find the perfect indie horror- a fusion of beautifully bloody cinematography, with a coming-of-age storyline- The Loved Ones came pretty close. An Australian movie that had me wanting to watch and wanting to switch off simultaneously, the story followed teenager Brent Mitchell as he struggles with the death of his father through self-harm. Whilst at school, his classmate Lola asks him to prom and after a polite refusal, she plots epic revenge torture. Sickenly wonderful on-the-edge-of-your-seat viewing, this is definitely a film I will be revisiting.
Average Joes
You’re Next (2011)

You’re Next is fundamentally a bad horror film, but for many reasons I enjoyed it. It’s storyline is mediocre- man tries to kill off his family in order to gain inheritance. His use of completely ridiculous Neanderthaloid men in animal masks made it all the less scary. Yet a huge twist in the ending, as well as the concept of invaders in the home chills the bones, and the Home Alone-inspired gadgets used to kill the assassins makes it all the more entertaining.
V/H/S (2012)

Think Inception, but with mini horror stories and you have V/H/S. The movie tells a series of at times, rather confusing tales of demons (supernatural and human) who kill a number of people. After an hour of this formula I had to say I grew bored- a rule of thumb with horror- never be more than 90mins long.
The Horrifyingly Bad
Tell (2012) I’m always into trying low budget, or short horrors and I must admit I had high hopes which were immediately stabbed five minutes into the film. Forever waiting for the storyline to improve, I hoped for a glimmer of the supernatural bit was sorely disappointed. After having an argument with wife Jenny, Taylor picks up a hammer and beats his wife to deal- what follows is yawn-worthy, and definitely missable.
Absentia (2011) 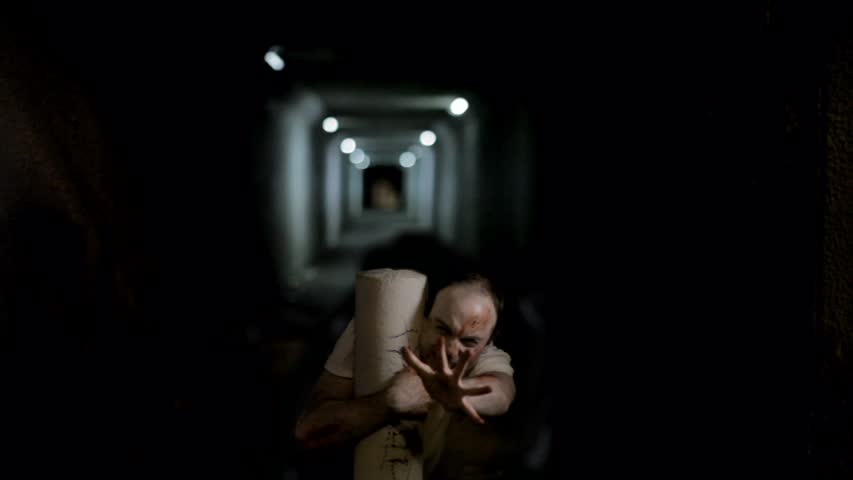 A movie poster scattered with film festival awards, I assumed there would be something special about Absentia. A woman whose husband goes missing for seven years, begins to dream about him days before she must declare him dead by absentia. In a ridiculous twist, an unexplained creature living in an underpass near their house has something to do with his disappearance/ reappearance. *Sigh*