The first weekend of the iTunes Festival set the bar high with singing legend Tony Bennett taking to the stage after more than 60 years in the music industry. Set in London’s iconic Roundhouse, throngs of lucky fans queued outside the venue on Saturday night, filing into the spheroid building ready to enjoy a rare gig from one of New York’s most accomplished singers.

A fitting support act for Bennett came in the form of powerhouse paddy Imelda May, who strutted onto the stage with a ’40s inspired quiff and tight tiger print dress to inject a spark of rock ‘n’ roll. Pelting out single ‘Wild Woman’, the 40 year-old then changed the tempo with slow and sultry jazz before raising the roof with ‘It’s Good To Be Alive’. Toes sufficiently tapping, I fell in love with her cheeky smile, astoundingly dominant, yet controlled vocals and her rich rockabilly attitude that won over the whole crowd.

With endless Grammy and Emmy awards under his belt, I had an idea Tony Bennett would be revered, but I only just grasped the concept of how loved he truly was as the audience crammed themselves closer to the stage. The lights went down and roaring applause was met by a vocal introduction from the late Frank Sinatra who beamed “He’s the best singer in the world”. 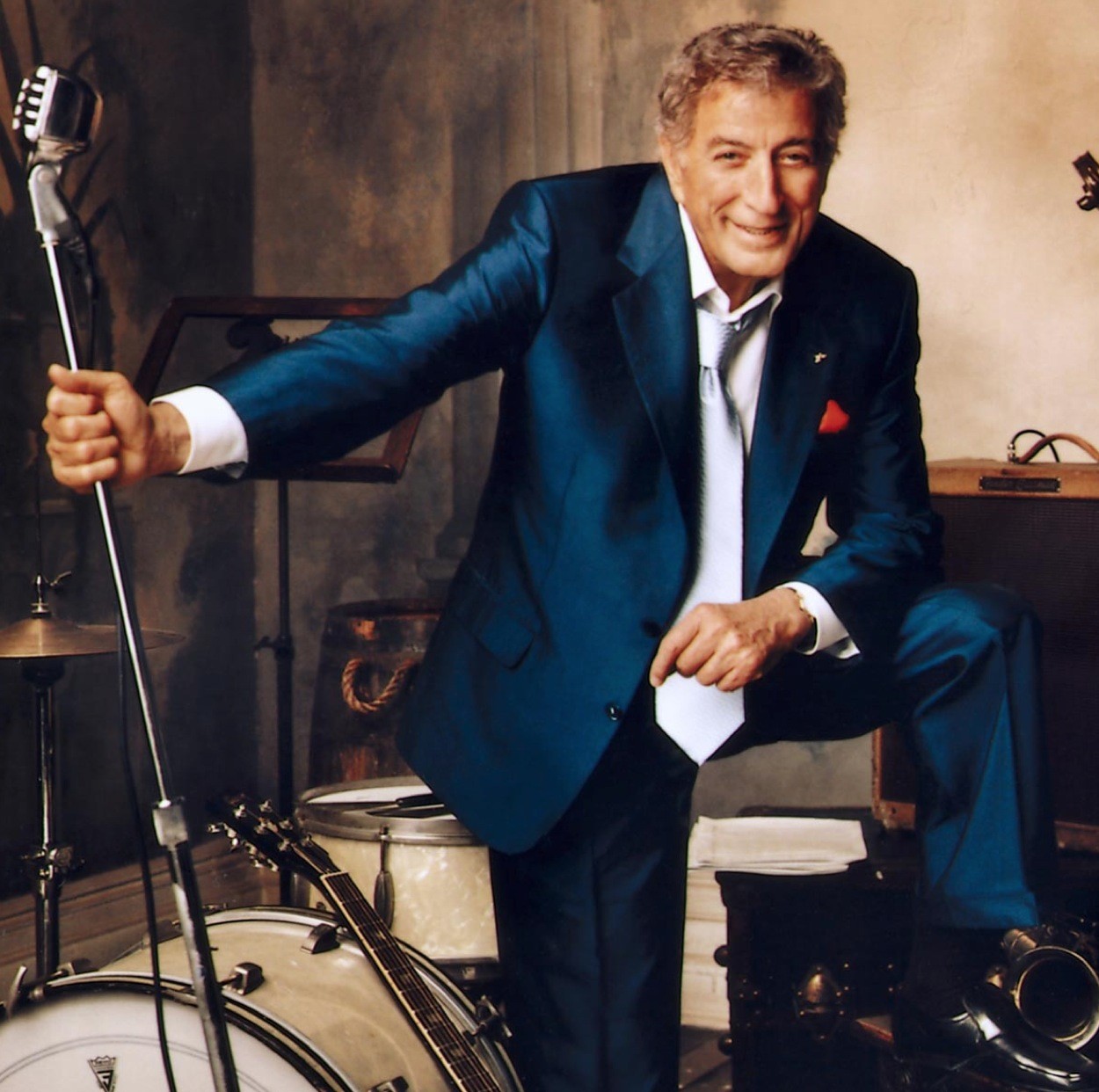 Running onto the stage, the 88 year-old’s fingers began instantaneously clicking as a charming smile spread across his face, welcoming the ever- increasing cheers of the crowd. In a contrasting white jacket with blue shirt and black tie, he embodied all that the jazz era stood for. With micro dances and infectious multiple grins, he performed a cover of Liza Minelli’s ‘Maybe This Time’ from renowned musical ‘Cabaret’ before plunging into swing and jazz numbers, taking several steps back to introduce his band.

As the crowd swayed to ‘Cold, Cold, Heart’, there came more applause as he began ‘The Best is Yet to Come’. Without any hesitation, Bennett would often engage the audience halfway through a song, to tell a joke or give context to what he was depicting within the track. A man with an eye-watering 70 albums having been released, it was clear love had been a heavy theme at the centre of his song-writing life.

I noticed a real respect from the audience- a profound silence during ‘Some Day’ and ‘Boulevard of Broken Dreams’ before he began talking about his new album Cheek to Cheek with current hit maker Lady Gaga. Never pausing, never faltering, Bennett’s honey-toned voice leant itself to a jazz cover of ‘For Once In My Life’ before immersing us in a sweet story of cable cars that reach to heaven in ‘Left My Heart in San Francisco’.

As he drew his performance to a close, he chose ‘Who Cares?’ based on the Wall Street crash, as a fitting reflection on the current economic situation before stunning the crowd by singing his last track to us all, microphone-free.

I laughed, I clicked my fingers, I tapped my toes but more importantly, I discovered a genre of music that was timeless and a performer who never failed to constantly give credit to his talented supporting band, a quality he is certainly outdoing his contemporaries with.